Some friends of mine were celebrating their 30th anniversary. I needed a break from the normal life, so I decided to take some time off over the course of two weeks to really get out and relax.

I left Phoenix just before 8 on March 17th. It was far earlier than I had hoped to be up, but I wanted to get into town early. The drive through the desert was fantastic. In the three weeks preceding the trip, most of the west coast had been hit with a series of storms, one after another. This brought all of the vegetation back to life, making the drive far more green than it had been in the past. I was on the road for five hours, but it barely felt like one. I arrived at my destination, Anaheim, California.

I parked in the lot and began walking through Downtown Disney. I had some gifts that I had promised to bring home, so I hit the stores looking for the trinkets that I had promised. I found some Disneyland exclusive Build-A-Bears that I made for both of my nieces. With the shopping done, I made my way into the House of Blues.

I headed backstage and got my credentials. Everything was just being set up, so there was a whirlwind of action on the stage. Everyone slowly began rolling in, including Brett. The band went through a few songs to really get everything dialed in. With the soundcheck over, there was nothing left to do but watch some good bands and pass the time.

I made the most of my time catching up with everyone. We all shared what we'd been up to and how exciting the tour was gong to be. Brett and I brainstormed some new Merchandising ideas for the band, some of which I hope to debut in the next few days.

The show started off with Terezodu and then Death By Stereo. At 9:45. Bad Religion took the stage. The played for an hour and a half, playing some real rarities like Marked. During the encore, they debuted a new song Resist-Stance. Around 11:30, the band left the stage with the fans fully satisfied.

The rest of the night was spent just hanging out and relaxing. Brian and I discussed the finer points of life and why I date such terrible girls. We mingled, met a few people, and generally wound down the night. Around 1, we all headed to the hotel to get refreshed for Day 2. 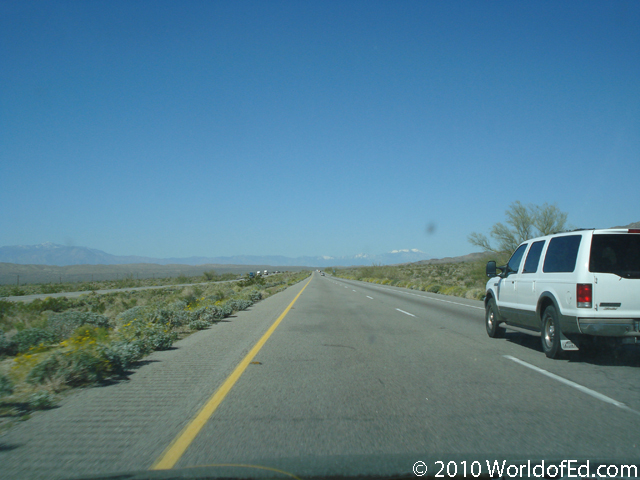 Trekking through the desert. 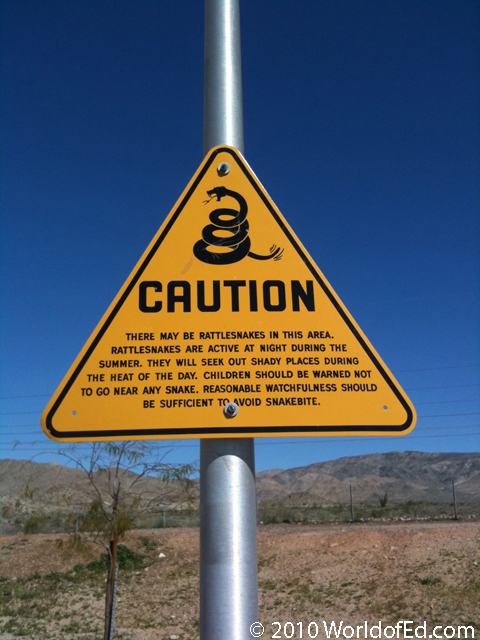 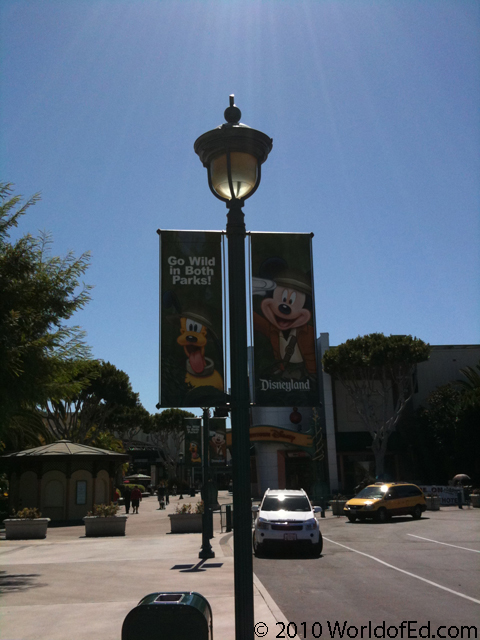 Welcome to the happiest place on Earth. 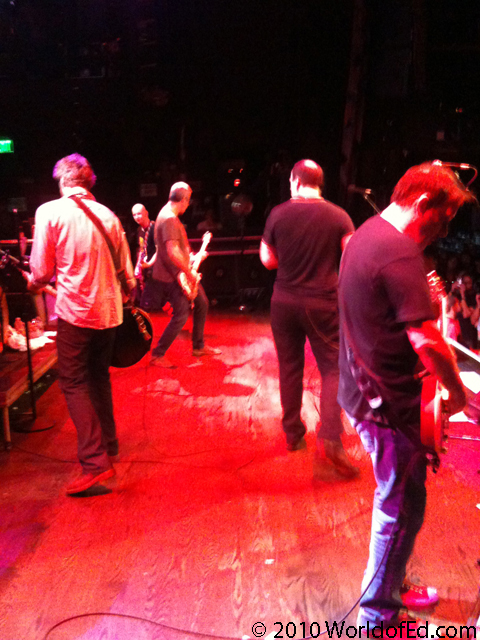 The gang doing their thing. 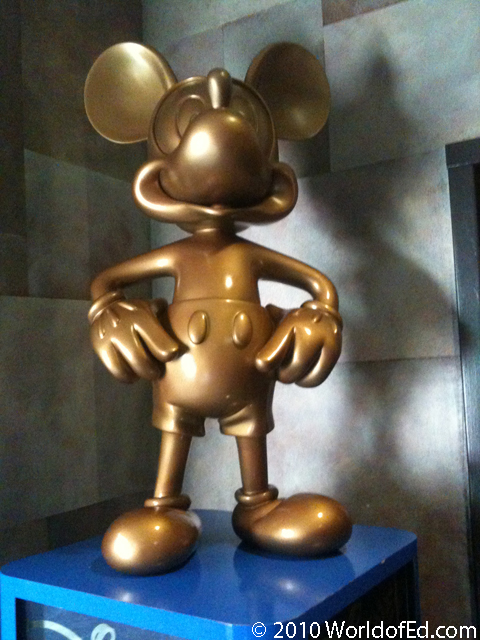 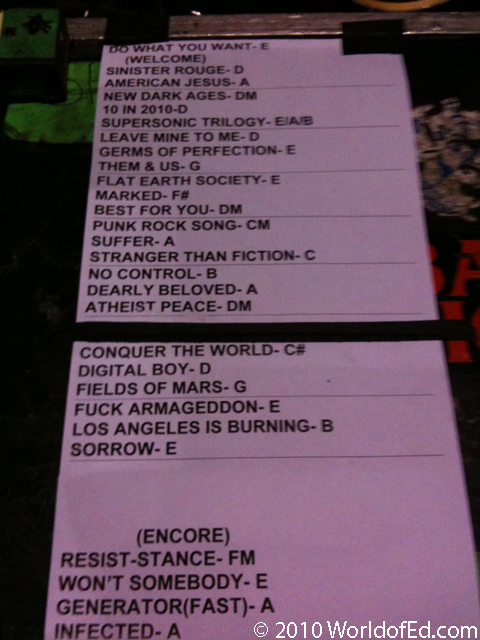 The setlist.
Best For You