Avenged Sevenfold came through Phoenix during the last weekend of January. Their tour manager is a friend of mine whom I had not seen in a while. I texted him up a few days before the show and he told me to come by and hang out. I was a bit leery at first, knowing that I would be hanging with NOFX all day the next day, but found the energy to head out.

The show was at the Jobbing.com Arena in Glendale. It is only a few minutes from my house, so it was an easy commute. I got to the venue and parked down by the buses. It had been a long time since I had done a large arena show, so it took a minute to get used to the scale of everything. I found the Production office and got the necessary passes. Diony needed a hand with a few things, so I made a few quick runs and then settled in for a good time.

I grabbed something to eat and wandered around for a bit. My friend Rob and his sister were there, so I scored a few extra passes and let them come hang out as well. Before long, it was time for the show to start.

I missed the first band completely and came in halfway through Papa Roach's set. I had listened to Papa Roach for a while, but never actually got to see them live. They put on a great show, from the sound to the audience interaction. Buckcherry was next. They played pretty well, but are not my type of music at all. Finally, it was time for the headliners.

Avenged Sevenfold took the stage and blew me away. I had heard their music on the radio, but that was about it. They put on a fantastic show. The music and vocals were dead on. The lighting was fantastic. They had screens displaying images and rotating throughout the show. I have to admit that I was highly impressed and would definitely see them again.

After an hour on stage, they departed. We hung out for a while after the show, drinking vodka with Buckcherry and generally having a good time. 1 am rolled around and I knew the next day was going to be a big one, so I said goodbye to Diony and made my way back to my house. 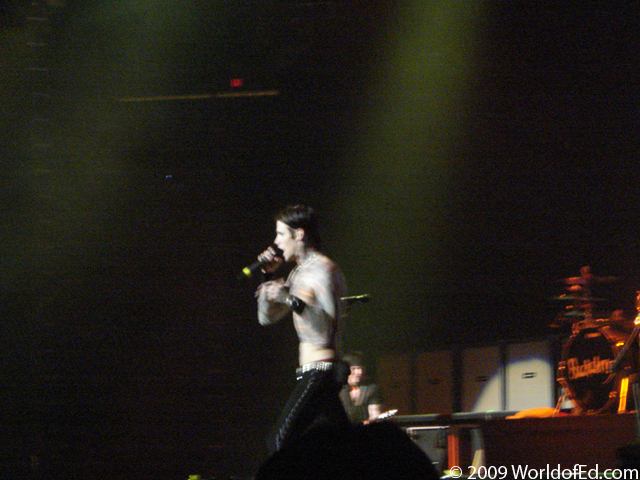 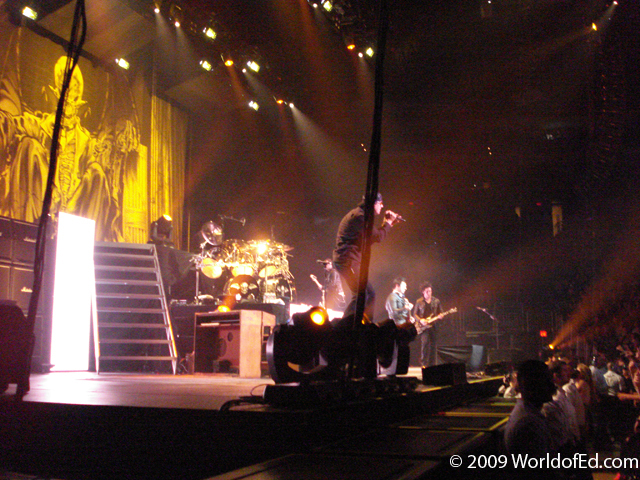 M Shadows screaming for the crowd. 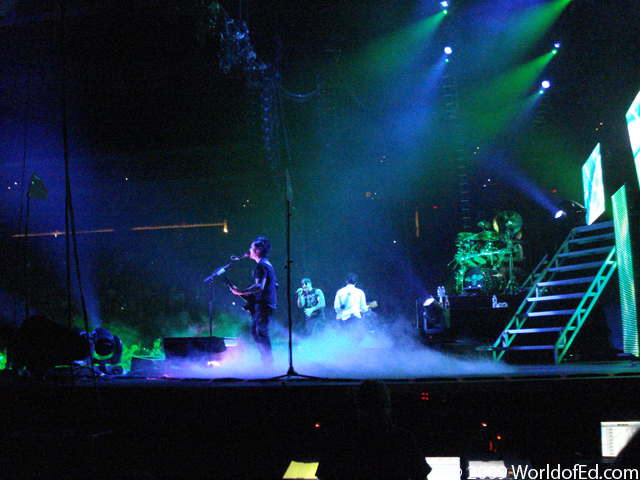 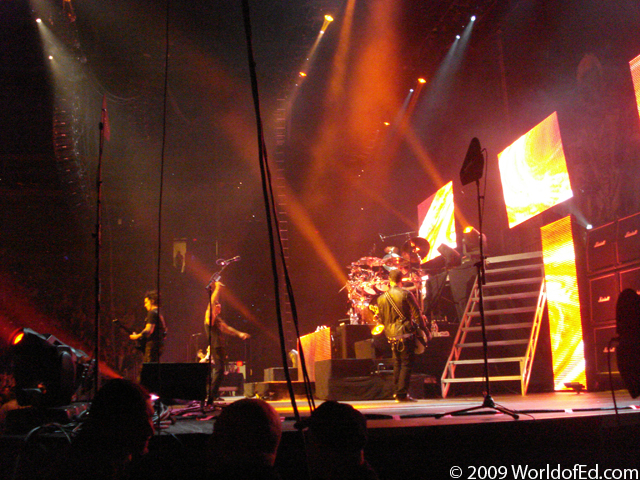 Johnny Christ and The Rev. 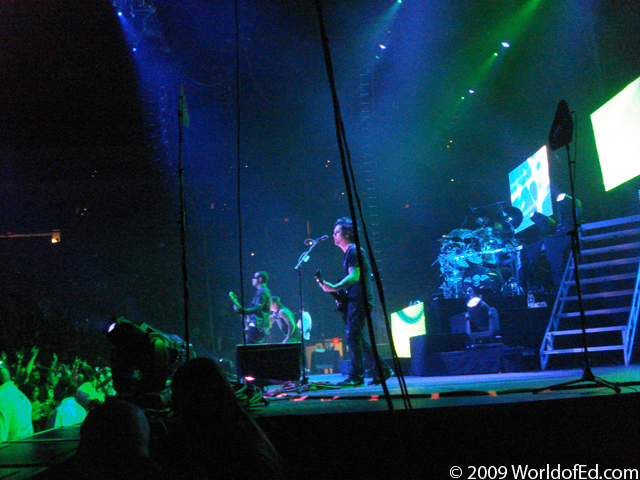 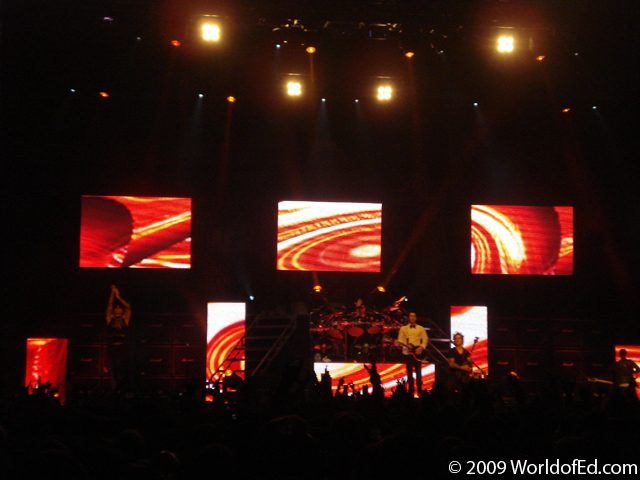 The entire band from the back of the crowd. 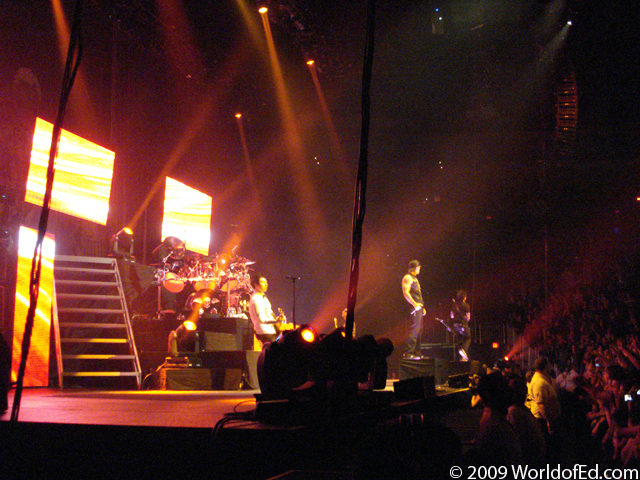 The band from stage right. 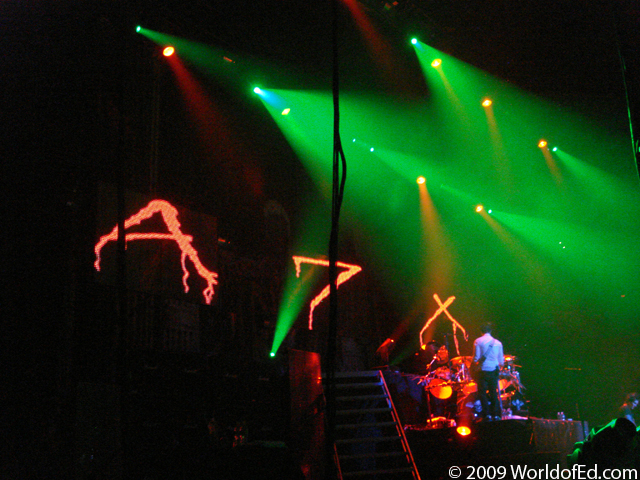 Their logo up on the screens. 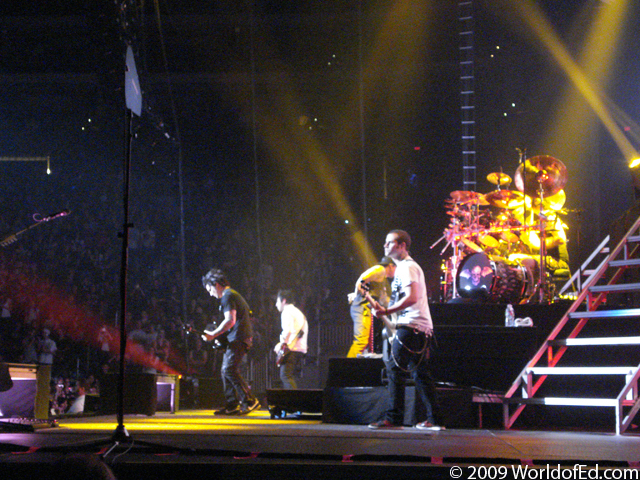 The band from stage left.
Papa Roach - Between Angels And Insects
Buckcherry - Too Drunk To Fuck
Avenged Sevenfold - Scream