Avenged Sevenfold Back In Phoenix

Avenged Sevenfold was on the Desert Uprising Festival again this year. The tour came back through Phoenix and I was excited to be going. Not only was Avenged going to be there, but my good friend Ron was going to be running their sound crew.

I flew back in from a meeting in Dallas that morning. I had just enough time to drop my things at the house and then head down to the venue. I arrived, got an awesome parking spot, and headed in. I met up with Ron, got my stuff and got a tour of everything. Ron was still working and had lots to do. I let him go and met up with my friend Mike.

Security was problematic throughout the day. Some guards were cool while others were very strict. Mike had some issues getting in because of this. He finally got in and we grabbed a couple of beers. There were a number of bands that I had never seen before that mike knew were good. We headed out and took in All That Remains, HIM, and Halestorm.

At this point, Ron came back out and got up. He took us on stage with Volbeat and then back to the bus. We sat on the bus for a while, drinking PBR, telling stories, and catching up. Things were winding down with Volbeat and Ron had to get back to work. Mike and I headed back out front and took our positions in the front of house pit.

The show was absolutely amazing. The lighting, combined with the set design, combined with the pyro, combined with amazing sound really blew the doors off of most other shows that I've seen at Cricket Pavilion. The crowd was really into it, even the guy taking pictures with a full sized iPad. The band put everything into the show and it really showed. After an hour and a half, the show was over. I said goodbye to Ron and made my way back home.

Thanks go out to Ron for taking care of everything and Mike for hanging at the show. 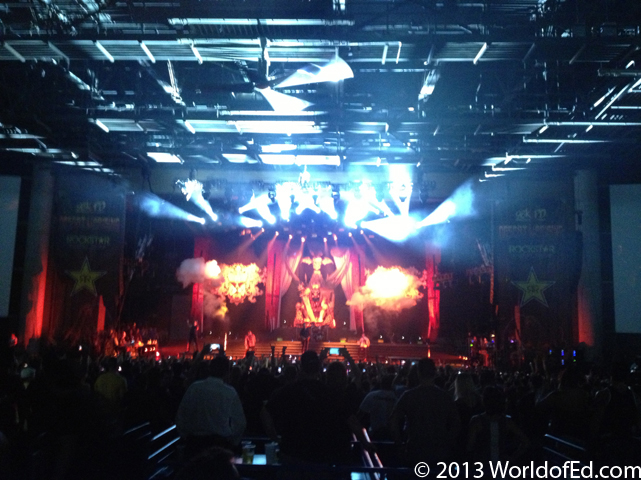 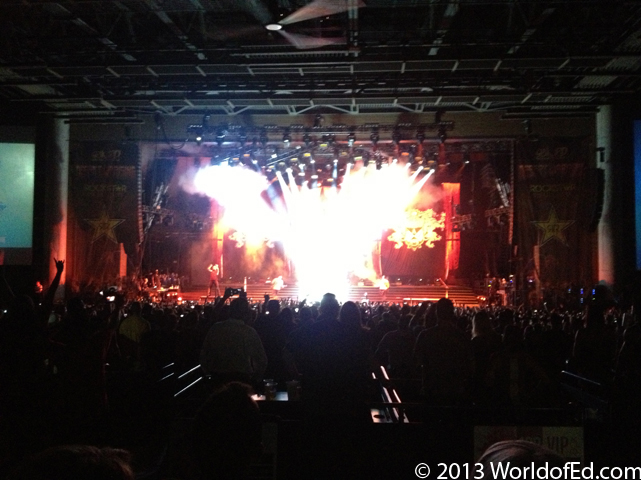 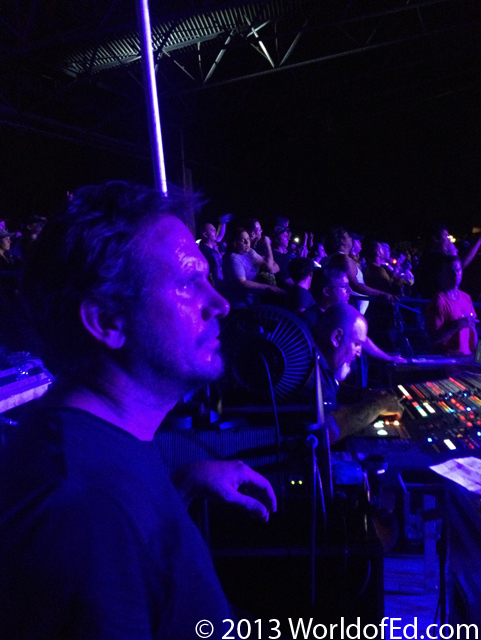