May 28th rolled around again, meaning another big birthday party for Special Ed. As per tradition, the celebration was carried over many days and included a plethora of people that had traveled to Phoenix to join in.

This year, the main festivities were held at the Desert Ridge Marketplace on May 25th. In addition to the regular group of Phoenix friends, Kris was able to make it out from L.A. just in time to join in. It was Adrienne's birthday as well, so she had her friend Stone in town for the party. The party commenced with dinner at the Bamboo Club. The food was great and the company even better. Rather than seeing a movie, the party was moved to Jillians for drinks. We closed the place out and then all went out separate ways.

Saturday, I was able to spend most of the day hanging with Kris. I procured a 500 GB hard drive for the World of Ed systems. Kris and I then met up for lunch at Touch of Thai. After lunch, I got the hard drive installed and then cleaned up for the night. We found ourselves at Casey Moore's in Tempe. Marty, Brian and Emily, met up with us. To my incredible surprise, Eliza was in town from L.A. as well, and got a few beers with us. Around 2am, we called it a night and left for our respective homes.

Sunday, The Ergs were in town. It has been 3 months since I saw them and a year since they were back in AZ, so it was great to have them back. We spent some time catching up and then sonically assaulted the group with a blistering Ergs set. We broke down the gear and then headed to the west side of town. Everyone cleaned up and we went to celebrate a great show at Skybox. It was another 2am night, with good times shared by all.

I would like to extend my most heartfelt thanks to everyone that came out to celebrate, especially the people that traveled hundreds on miles to be here. I had a fantastic time and hope you did as well. 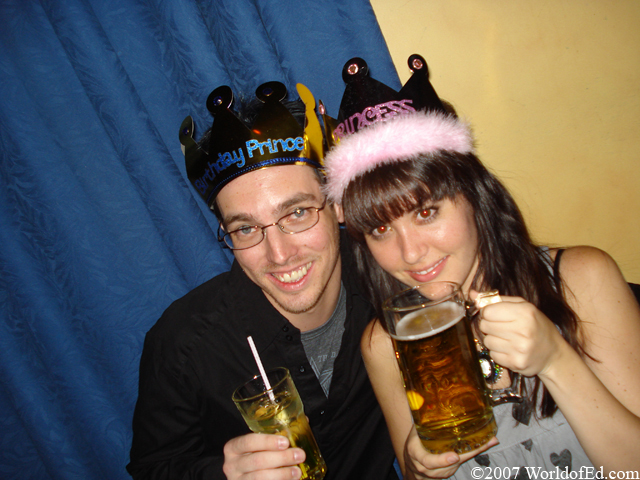 The World of Ed crew celebrating together. 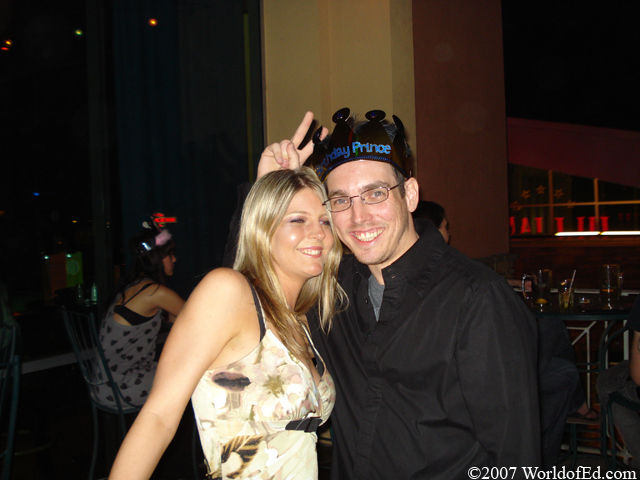 My pal Cristy and I. 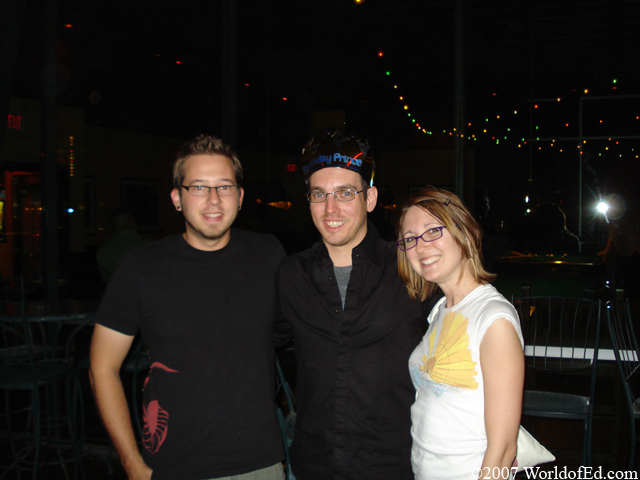 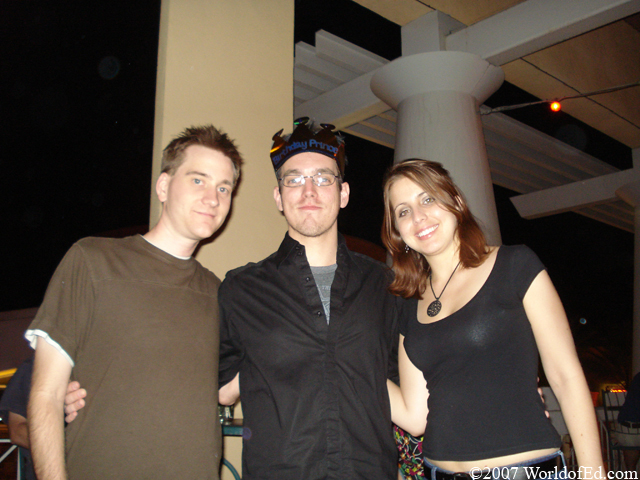 Art and Louisa, the backbone of WorldofEd.com. 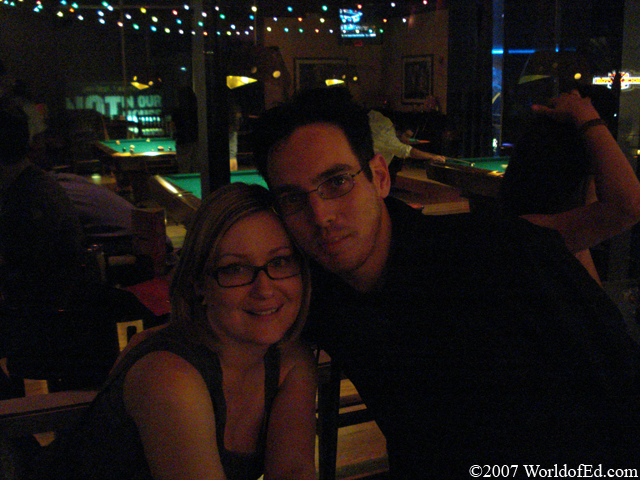 Dana and Special Ed. We rarely get to see one another, so it was quite the treat. 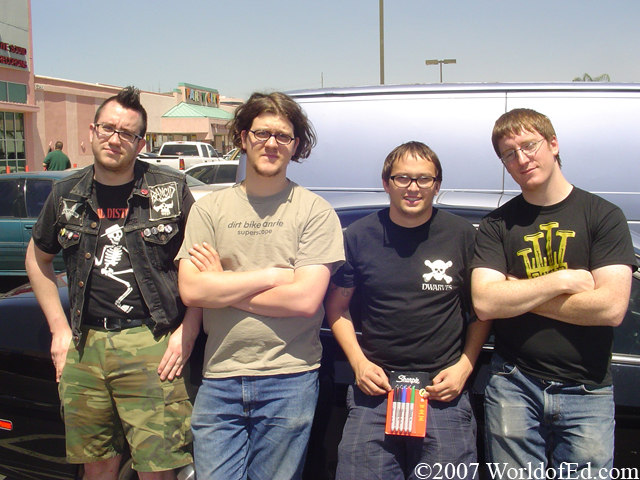 The Ergs In Phoenix while on tour supporting Upstairs Downstairs. 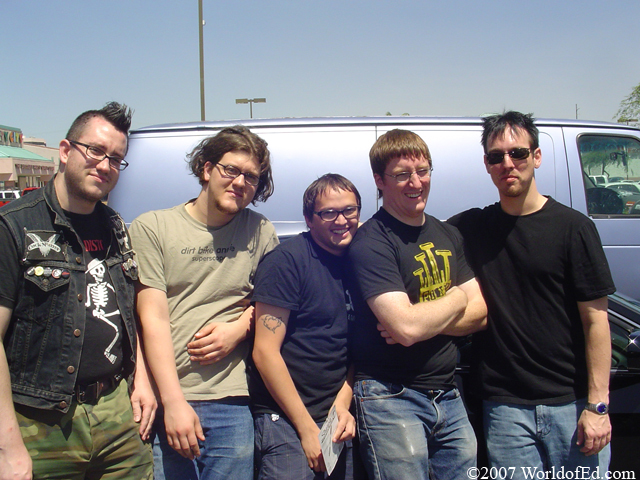