I had not seen the Bad Religion guys in a year. When I saw that they were coming to town, I cleared my schedule. To maximize my time with everyone, I also decided to hit up San Diego.

I woke up fairly early with every intention of hitting the gym. After much procrastination, I ended up instead just resting for a while longer before heading downtown to meet up with everyone. I left the house around 10, made a few stops, and arrived at the venue around 11:30. As I walked up, I immediately ran into Brian, got to say hello to him, and got directed to the bus. I entered, said a few more hellos, and got settled into the day.

As is par for the course, we went out for a bit. This time, it was Rick, Brian, Jay, and I heading to Pita Jungle for lunch. It was only a half mile away and worth the small amount of effort as it is delicious. We caught up more, discussed investments, and enjoyed the great food. Afterwards, we split groups with Brian, Jay, and I heading off to look at guitars. There wasn't anything of interest, so we headed back.

I milled around a little more and watched the soundcheck. The Van Buren is a great venue and everything sounded great. Shortly after, Greg texted me and wanted to hang. I made my way over to him and spent the next few hours hanging with him, talking about family, eating chicken and waffles, discussing my online dating forays, and generally just having a hell of a time. I got him over to the venue and we got set up for the next few hours.

The show was great. Emily Davis And The Murder Police opened it up. I've listened to her music over the years and she puts on a hell of a show. I'm glad that I got to see her and you should check her out the next time that she is in your area. Dave Hause and the Mermaids were up next and as usual, put on a fantastic show. The stage was set for BR.

BR as always put on an amazing show. It was 75 minutes of great music including a number of songs from Age of Unreason. To top it all off, they threw in The Dichotomy from Into The Unknown. I had heard that the shows were good, but I was still really impressed on how great it all came off. Myself and about 1800 people were pretty damn happy and the show wrapped around 11.

After the show was a rush. I was able to give Greg a ride back to the hotel and then dropped my car at the airport. I got a ride back to the venue, got on the bus, got ,my bunk and stuff ready, and tapped out around 1:30, falling asleep to the running motor and looking forward to San Diego. 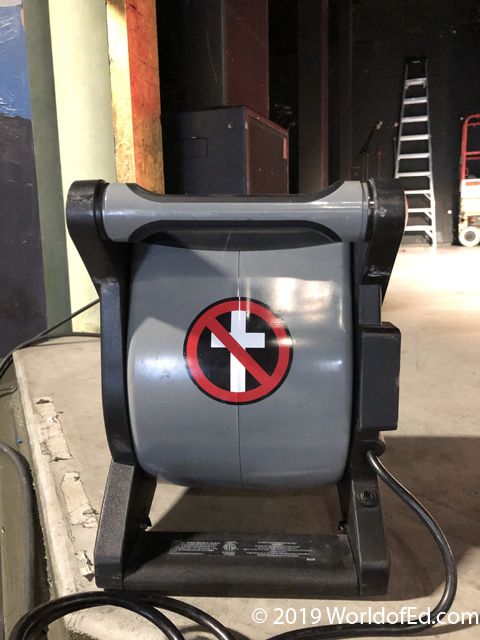 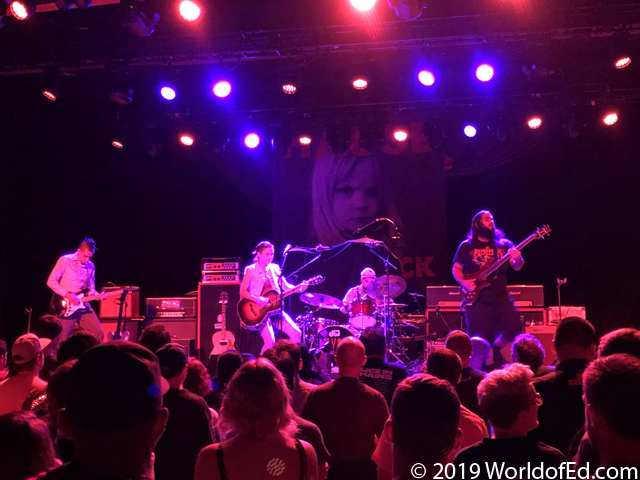 Emily Davis And The Murder Police. 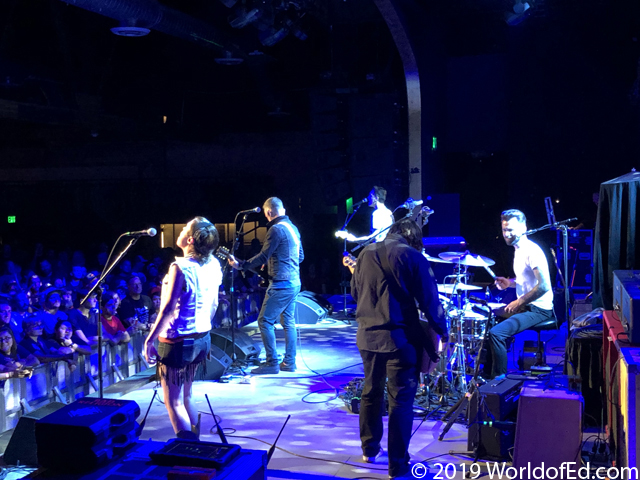 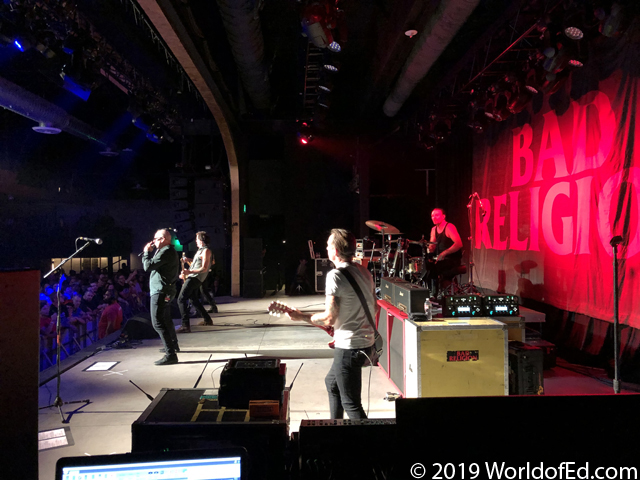 Greg delivering for the crowd. 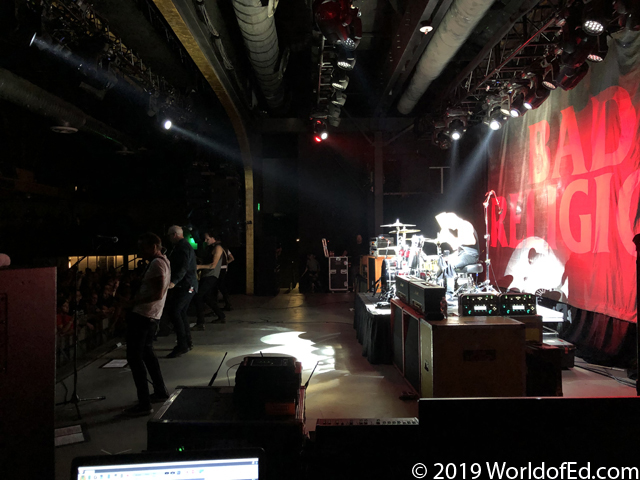 The lights are on Jamie. 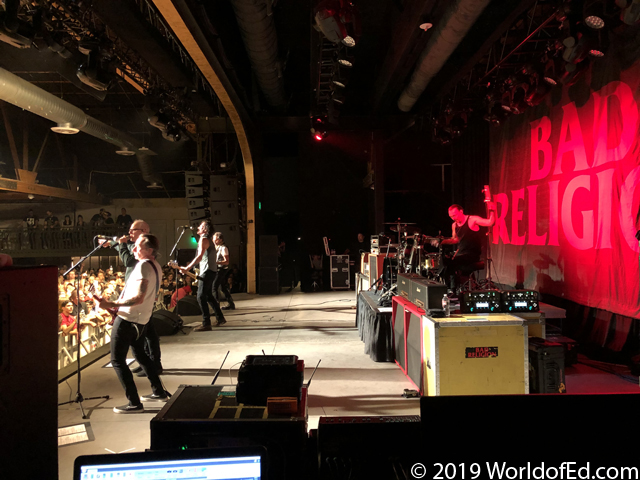 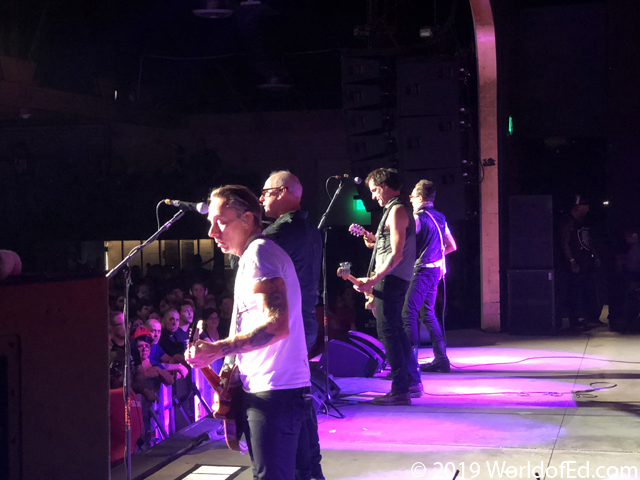 My peeps on stage. 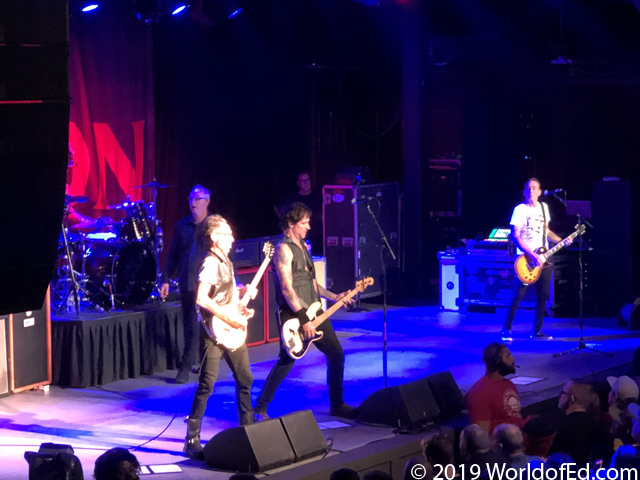