Bad Religion rolled through Phoenix again on November 3. It had been almost a year and a half since the last time that they played out here and it was the first time since Brooks left. Although I had just gotten back from Florida late the night before, I knew that I had to be there.

I got to the Marquee Theater early, beating the bus by 10 minutes. The new car was all dressed out and I was excited to show it off to everyone. They are all accustomed to my rides and was excited to see what everyone thought. The bus parked and the door opened and it was amazing. So many people that I love were all in one spot and I was excited to see them all. I briefly said hello to all of my crew peeps and then got out of the way so that they could get to work and get the show set. One particularly favorite hello was to Rick. I've kept up with him on Facebook, seen his TV show, and run into him at a few shows. It was great to see him in person again and bullshit for a few minutes.

Brian and I were both hungry and decided to head out for lunch. We caught up on things, discussed cars (a mutual love for both of us), and generally hung out. He approved of the Honda, so I guess that I can keep it. We milled around for a while after getting our food, picking up some other items for the bus and checking out the desert scenery. It was getting to be time for soundcheck, so we headed back.

Soundcheck was great. I am a huge Brooks fan outside of him being a friend, so I kind of wanted to hate Jamie. I was wrong for thinking that way. He is an absolutely solid dude, cool as hell, super nice, and can beat the fuck out of the drums. Soundcheck showed me that I was wrong to doubt him. With soundcheck over, there was plenty of time to kill. Jay and I caught up for a while and I was able to catch up more with the entire crew.

While I was sitting on the bus, I got asked to go get Greg. I know that he was busy and was looking forward to seeing him for a bit. I picked him up and he also approved of the Honda. He likened it to the BMW 7 series in styling and features. He also knows his cars, so it was cool to hear that. We picked up some Italian food, shooting the shit in the restaurant while it was made, and generally messing with the employees. It was fun and they were playing along back. Once we got back to the bus, one of the coolest things I've had happen, happened. The entire band and crew, as well as myself, all sat down and ate. Rick had ordered in some chicken as well and it was like Thanksgiving on the bus. Everyone was in a great mood, joking around, telling stories, etc. It was honestly one of the best times that I've ever had with the collective group.

With everyone fed, it was showtime. Jay joined Dave Hause for the last few songs. Dave played really well and is another solid dude and great songwriter. Against Me! was up next. I have to admit that I've never seen them before, but they killed it. They played well and sounded great. My friends that were also at the show all remarked how good they were. Next up was Bad Religion.

Bad Religion fucking killed it. Something was in the air and the chemistry was just right. Everyone was really tight and the sound and lighting was perfect. Greg sounded amazing and really delivered the vocals. I watched half from the sidestage and half from front of house. It was insane how good of a show it was. I've seen these guys a lot, and it was one of the better shows that I've ever seen put on. There was not Let Them Eat War in the cards for me, which is good as I would have had to decline due to the sore throat.

After the show closed out, the fun continued. I grabbed my friends and was able to introduce them to Jay and Mike before they had to leave. I hung on the bus for a while, enjoying the night and laughing along with everyone. Just before 1AM, I gave Greg a ride back to the hotel. I knew that the bus would be leaving soon, so I made my rounds and said goodbye to everyone. It sucked to see them all go. Greg had an early flight, so he was looking to get out of there quick. He told me about a few really cool things that he's got on his plate, so I'm excited to see what 2017 looks like for him. I dropped him off and headed to Glendale, making sure to set my alarm. I had to see Senses Fail the next day.

I love my friends and am thankful that I got to see them all again. 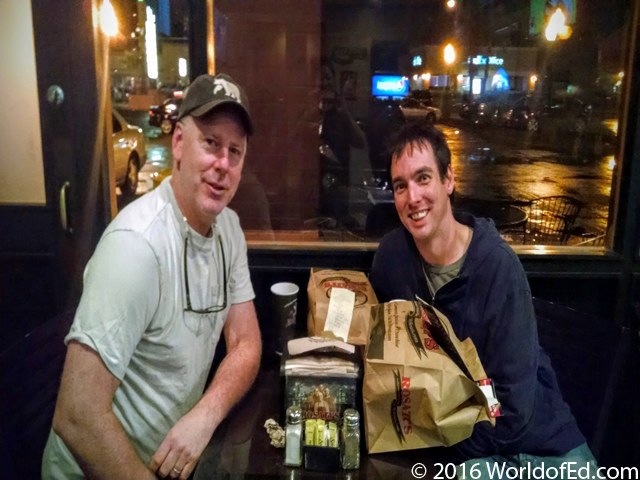 Greg and I picking up food before the show. 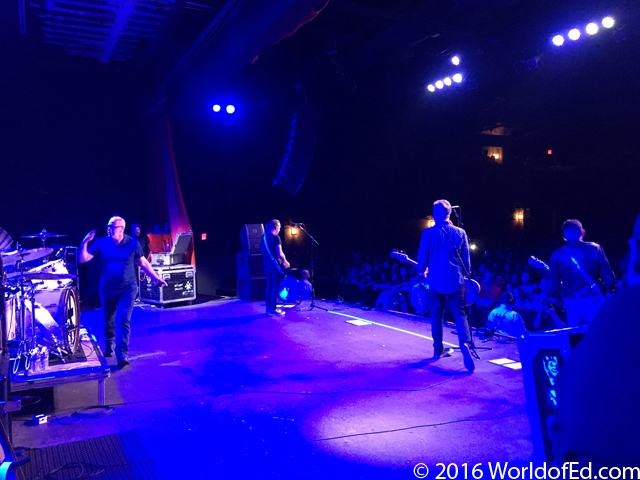 BR from the side of the stage. 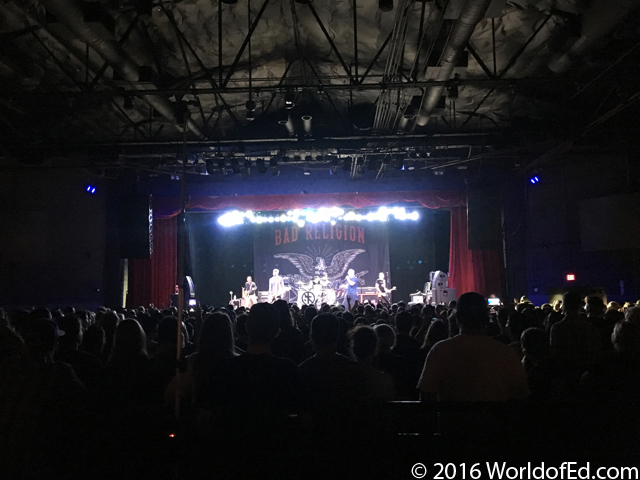 BR from out front. 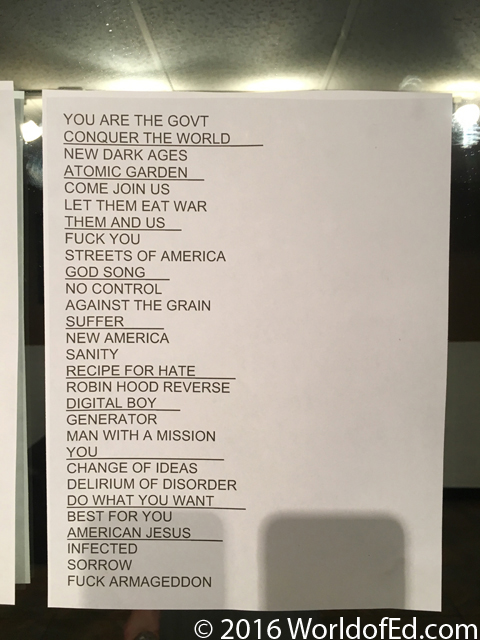 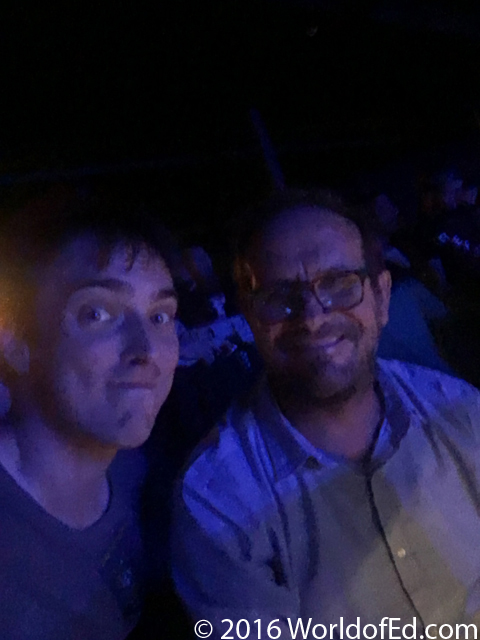 Ronnie and I during the set. 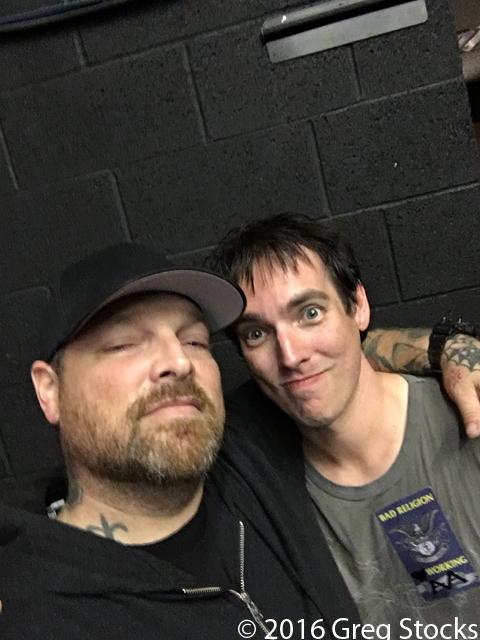 Shakes and I after the show.