It was time for the Vans Warped Tour again, and with it, Bad Religion. I've seen everyone but Brooks this year through various functions but it was great to see everyone together again. I texted Greg a few days before and made sure it would be ok to hang out and bring some friends. The answer was yes due to my "made man" status.

I got to Cricket Pavilion around 11. The forecast called for 105 degree weather and it was brutal. I parked back in the bus lot and found the bus I needed. I got on and said hello to the crew. Brian woke up and said hello. By this time, Adrienne and Taylor were arriving and I needed to make sure that they got in. We went to will call and got the necessary credentials.

The next 8 hours were primarily spent on the bus. Adrienne and Taylor ventured out to see Tiger Army and Red Jumpsuit Apparatus. I sat on the bus as the heat was just too much to take. Ronnie had some friends down to visit and I got to hear stories of touring with the Police and AFI. Sue from Epitaph was riding the bus for a few days so we got to catch up on things.

7 o'clock rolled around and it was time to get ready for the set. Greg ventured out to see some of Pennywise's set. Everyone else changed clothes and tried to hydrate as much as possible. The band took the stage and I got in position to take some pictures and video. I was able to shoot half of the set from the back of the stage, adjacent to the drum riser. The other half was filmed from right next to Greg Hetson.

Bad Religion was the last band on the main stage, so they had a pretty captive audience. From the opening chords of American Jesus to the final chords of Sorrow, the crowd gave their all. The band played a few songs from their latest release, the New Maps Of Hell. Ronnie had the sound dialed in perfectly, flooding the audience with the perfect sonic assault. Shoes were flung on stage, bodies flailed in the pit, and thousands of voices joined the harmonies. After a half hour and 11 songs, it was over.

The sun had set and the day had become much more bearable. Everyone retired back to the bus to change clothes and grab something to eat. After a hard day in the hot sun, it was finally time to relax. Brian busted out the Honda Davidson and I rode it around the bus lot for a while. Everyone pulled up chairs and sat around outside of the buses sharing stories of the day and tales of tours past. Bus call was at 10 and they began to leave promptly thereafter.

It was a great day and tons of fun. Special thanks go to Bad Religion and their entire road family for the hospitality and good times. 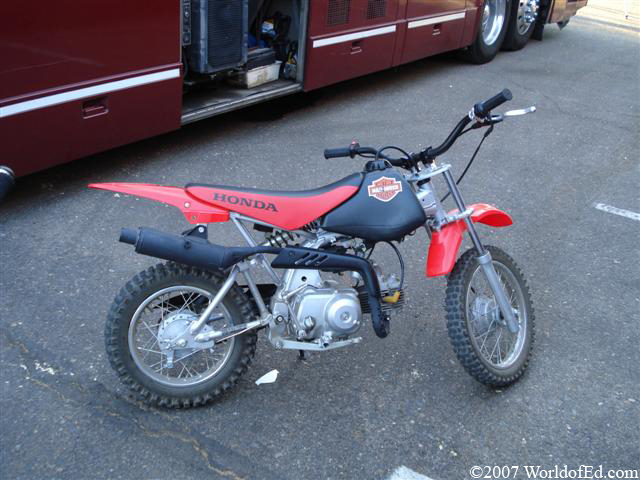 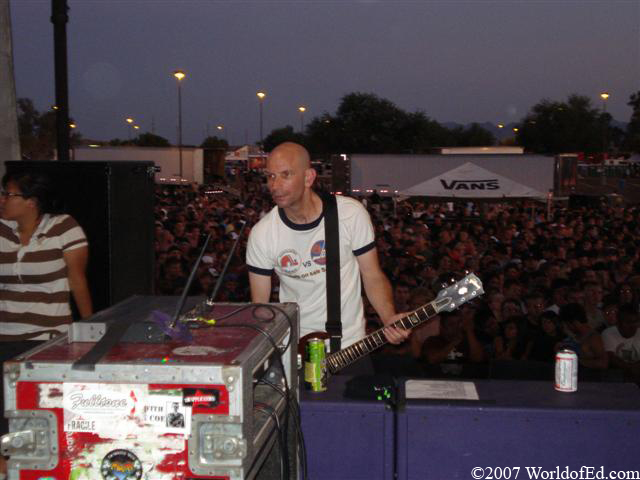 Greg prepares for the show. 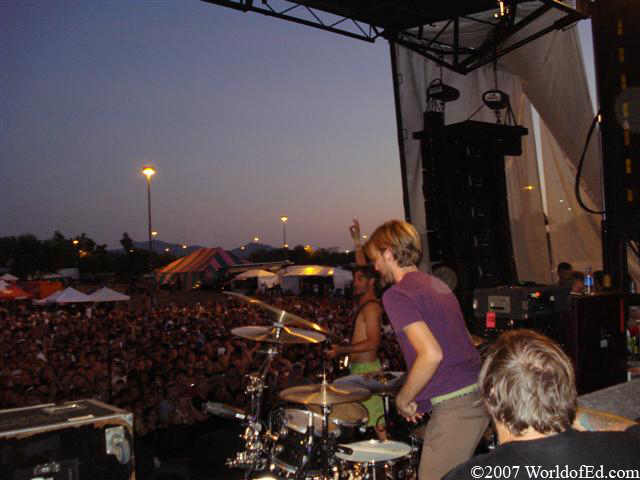 The band takes the stage. 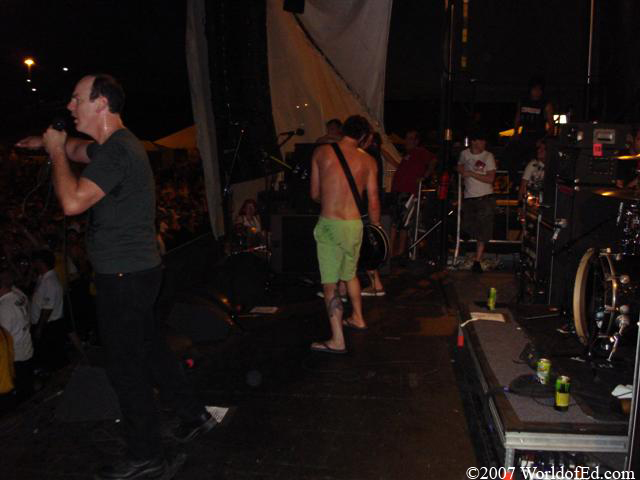 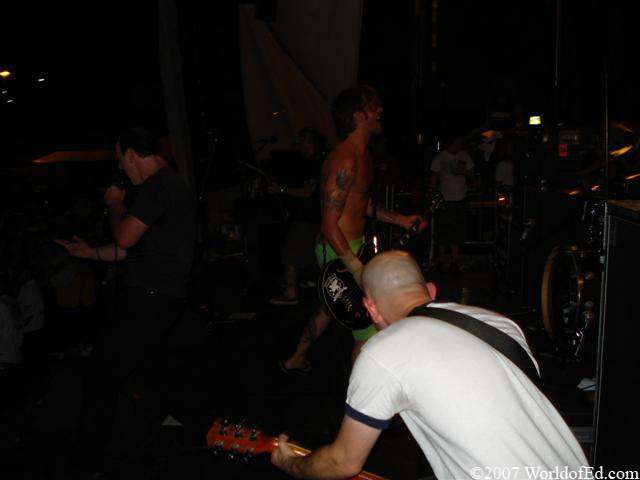 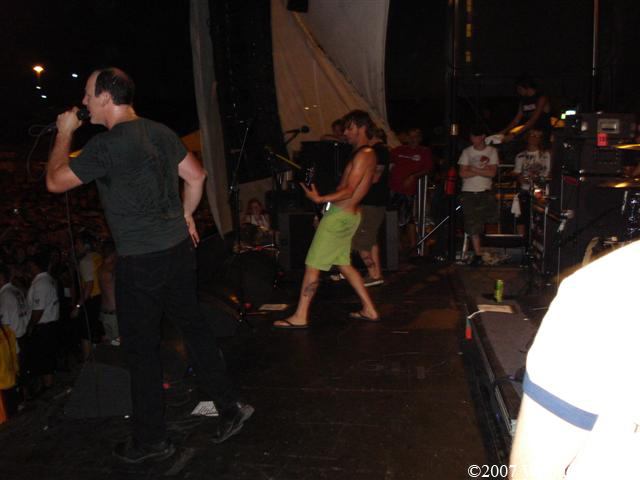