Mikey Erg And The Copyrights Come To Phoenix

Since the demise of The Ergs!, I have not seen much of the guys. Having known Joe since childhood, I've been able to visit him whenever I got home. Jeff and Mike however have been a bit mire difficult to run into as they're always on tour when I'm back in NJ. Luckily for me, Mike reached out to me to let me know that he was going to be in Phoenix with The Copyrights for a show. I'd heard of the band before, but was not too familiar with the songs. Regardless, I was pretty dam excited to see Mike.

I had to work earlier in the day and was pretty hungry by the time that I got to the venue. I met up with Mike, seeing him in person for the first time in many years. We caught up for a few minutes and he introduced me around to the band. We decided to go get some food since we were both so hungry. We took the scenic route around Tempe, finally winding up at In and Out Burger. I was particularly impressed as Mike was previously pretty picky about what he would eat. Things had clearly changed with all of the international touring that he had been doing for the last few years. There wasn't a whole lot to do in Tempe, so we decided to head back to the venue and hang out.

We got back to Pub Rock and spent the next couple of hours drinking whiskey and catching up on things. Things are going really well for him and he shared a number of fun stories about his exploits around the world. The Copyrights were opening for 7 Seconds, and it was a relatively early show. Mike excused himself and hit the stage.

The show was really great. Although I was unfamiliar with the songs, the band played really well and had a lot of fun up on stage. It was really cool to see everyone putting so much into the show They sounded really good too, sup rising based on the fact that the house PA was not all that great. They played for 45 minutes before clearing off the stage for 7 Seconds.

After their set, we all hung at the bar, watching 7 Seconds and drinking more whiskey. Around midnight though, the night came to an end. They were staying with a friend that was moving out of Phoenix and I had a 45 minute ride home to deal with. We parted ways with the hopes that they'll come through Phoenix again soon. 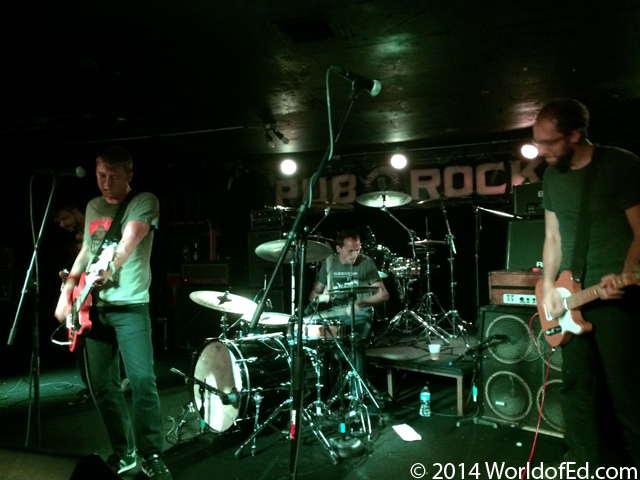 The Copyrights on stage. 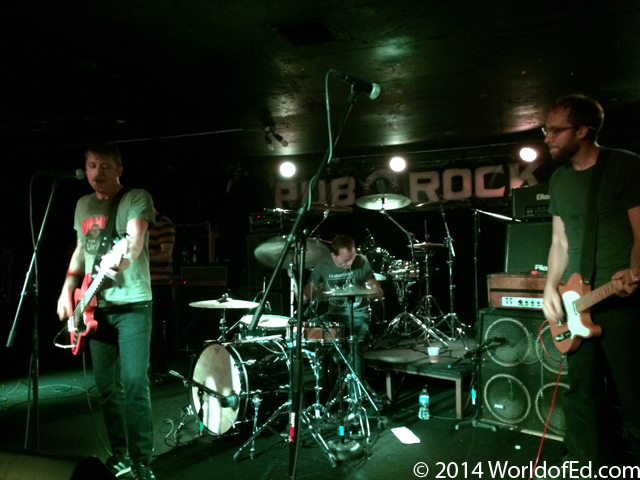 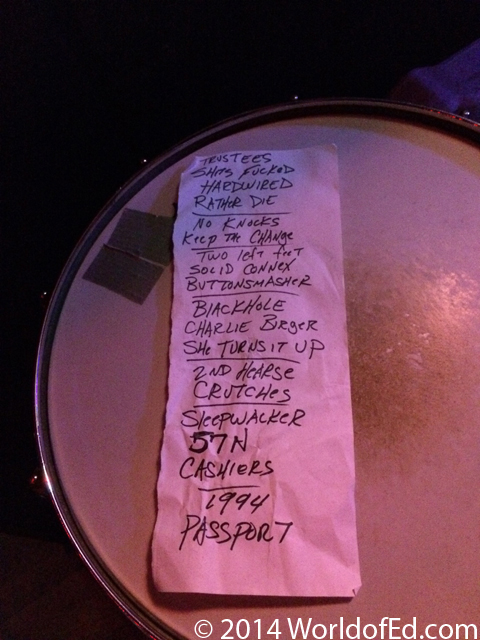 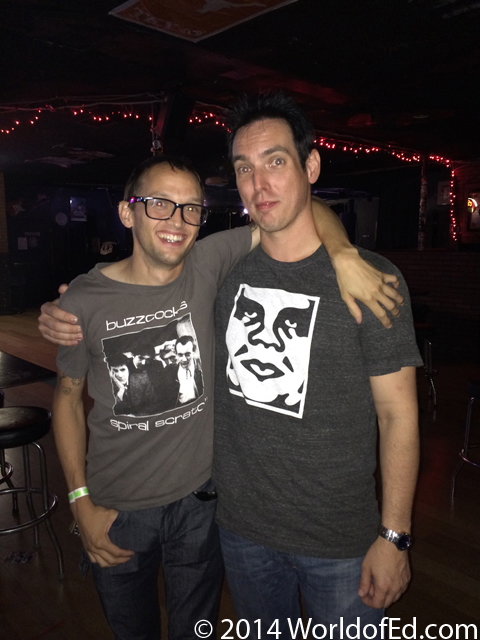