From First To Last Back In Phoenix

From First To Last came back through Phoenix while on tour this past week. The band has been working hard on getting back into the limelight and getting some of the new material from the album Dead Trees out for everyone to enjoy. After running a string of dates down the west coast, they would up back in Phoenix.

Once I found out that they were playing, I knew that I had to go. I had some vacation time to burn, so I chose take the top half of Monday off so that I could enjoy the night. Things have been winding down at work and I was scheduled off from December 19th through the end of the year, so I chose to take the weekend easy as well. I spent a good portion of the day milling around the PV area, hitting up shops that I had not been to in a while, and generally enjoying the holiday traffic.

The show was a relatively early one. I got to the venue around 6. I had some friends that were going to the show as well, so I went over and said hi to Mike and the gang before heading back. Based on the popularity of the Makers 46 the last time that they were out, I brought another bottle with. I grabbed it from the back of the car and met up with the band to drink a bit.

Catching up was a lot of fun. While I barely know everyone, they were incredibly welcoming once they saw that I was there. We all caught up on what had been going on since Halloween and how everybody had been. Right about then, I found out that PetSmart had been sold via a message from a friend. Being a PetSmart employee, this created a lot of anxiety for me. I had a bit of a panic attack, anxious about how this would all affect me and how it would impact my ability to pay my bills. Needless to say, that put a damper on things and had me pretty upset for the remainder of the evening.

As bummed as I was, the show went off pretty well. The band played well as always. The crowd was very weird. Nobody really got into it and moved around. The band was putting out tons of energy, so there wasn't any reason for the crowd to just stand there like that. Either way, they made the PA sound good. Ryan, their guitar tech and friend of Matt, was even able to come out and join them for a song.

The show finished early and I was in a weird mood. I had one more drink with the guys, said goodbye, and then headed home to try to mellow out. I'm happy to see my friends doing what they love and being successful. I'm glad that I got to share in that again. 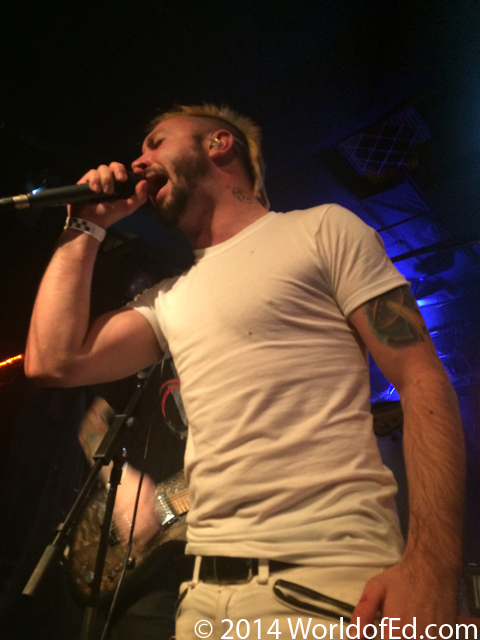 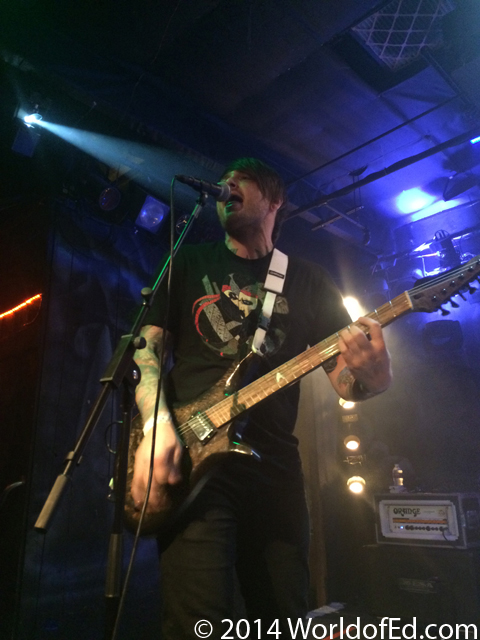 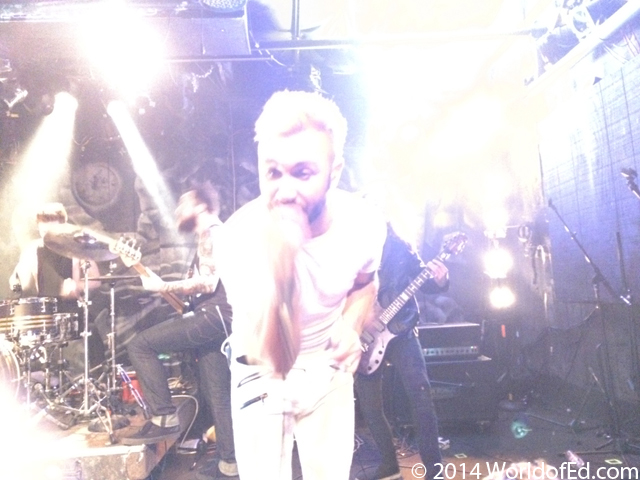 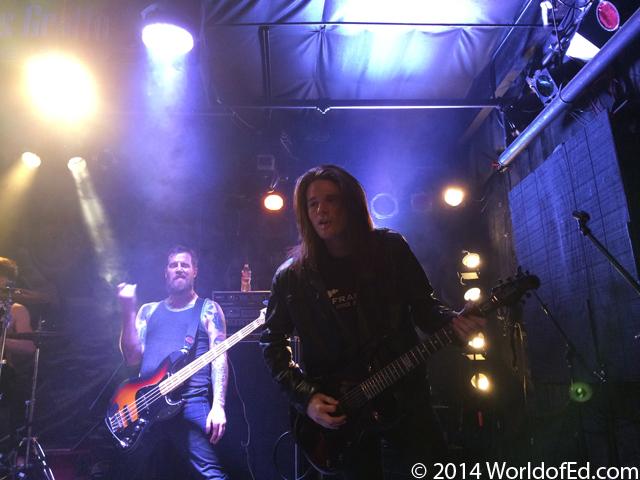 Ryan on guitar with the ghostly face of Cliff in the light behind Matt.