From First To Last Returns

A few years ago my friend Adrienne started dating a guy named Matt. He was a nice dude and quickly became a friend of mine. I later found out that he was Matt Good, the creator/guitarist/singer for From First To Last. While drinking downtown one night, we even discovered that he had toured with Bad Religion years ago and that we had apparently run into each other when I attended the west coast shows.

Last year, Matt decided to put From First To Last back together. They started a Kickstarter campaign, raised the needed funds, and put together an EP with an updated lineup. They must have really enjoyed the process because the EP grew into a full length album. With the album under their belt, they decided to hit the road and try out some of the new songs. The reunion show was slated for Halloween at the Marquee Theater.

I was pretty excited for the whole weekend. I know how much it meant to Matt and the band and was excited for him to be able to get back on stage again. The band had gotten in the week before, so I had a chance to get to know them a bit. I decided to take Halloween off as I had vacation time that needed to be used as well. That would allow me to spend the day relaxing instead of rushing down after work.

I got to the venue early and got parked. Although it was only 3, the place was already getting packed and a line was forming. I decided to go walk around for a bit and ran into Adrienne. I jumped in the car with her and headed back to her house where the band was all hanging out. We hung there while everyone got their Halloween costumes ready and then headed back to the Marquee. The line was a quarter mile long when we got back. I headed inside and got a good spot for the show.

The first couple of bands weren't that great. The electronic band, Drama Club, was fucking terrible. After 2 openers, From First To Last hit the stage. I was really really impressed with how well they did. They owned the stage and the crowd was really into it. I had heard Spencer's voice a bit from his other band, Periphery, but he delivered it all perfectly live. The band only played for 40 minutes, but it was a great 40 minutes.

The remainder of the night was spent hanging out. The band went out front and hung out with fans and drank a bit while Falling In Reverse was on. Falling killed it as well and sounded as good as they could without Ron mixing. Everyone left just before Black Veil Brides and went to Adrienne's house to decompress and figure out the plans for the next day.

Saturday, November 1st, the band had a show in Tucson. This was their first headlining show in years. I met my family in Chandler for an early dinner and then made the drive down to Tucson. I had gotten a suite for the night so that I could have an easy drive home in the morning. I got checked into the hotel and then headed over to The Rock.

I met up with everyone and we decided to got walking around Tucson for a while. We headed a half mile from the venue and hit up some of the shops and bars along 4th Ave. As is custom, I stopped and got the Brooklyn Pizza that I love. We had time so we decided to take the leisurely route and walk back. We got back with plenty of time and hung out on the back patio, taking in the night air and enjoying a couple of the openers.

From First To Last hit the stage and tore it up. It is a smaller venue, but they sounded great. They played for almost an hour, playing a number of favorites. The crowd was really into it and demanded an encore when the band left the stage. After a few minutes, Matt and Spencer came back and performed Emily, playing the song for the first time in many years. With that, the show was over and the band packed up their things.

The show ended rather early. Everyone hung out for a bit and then started their drive back to Phoenix. I decided to do the same as well. I went back to the hotel, checked out, made another stop at Brooklyn, and then started the drive. I got back at 3:30 AM and crashed out after a long weekend.

The shows were great and I'm happy to see my friends doing what they love. Make sure that you get see From First To Last on the upcoming tour. 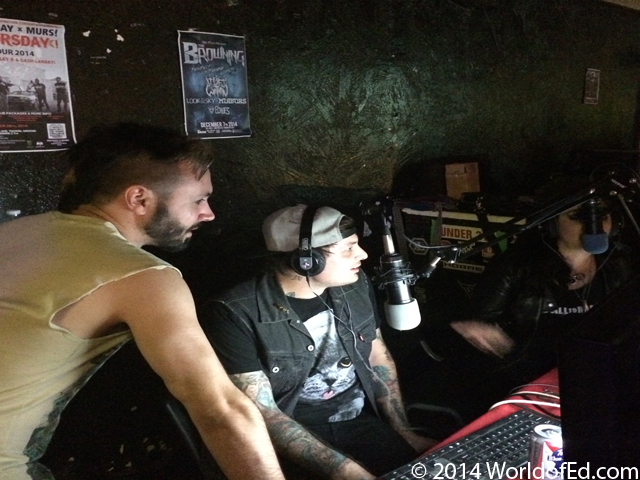 Spencer and Matt during an interview in Tucson. 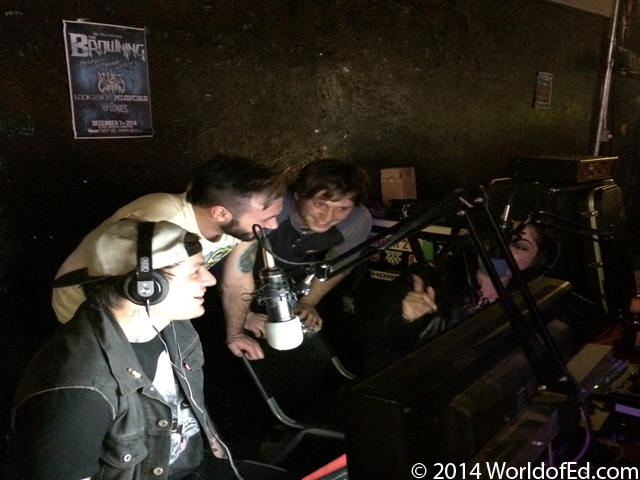 Spencer, Matt, and Taylor during the interview in Tucson. 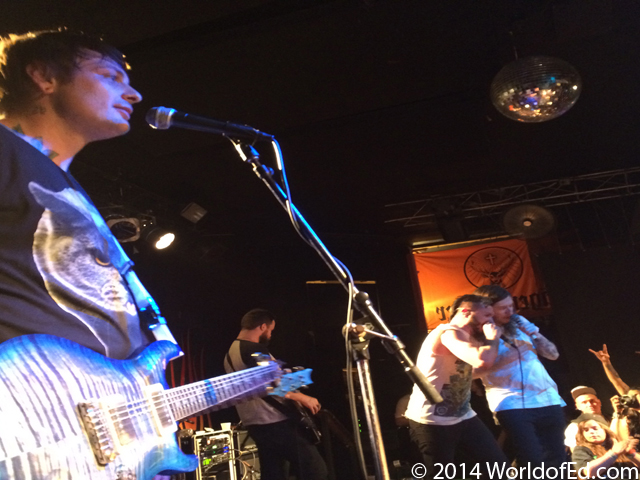 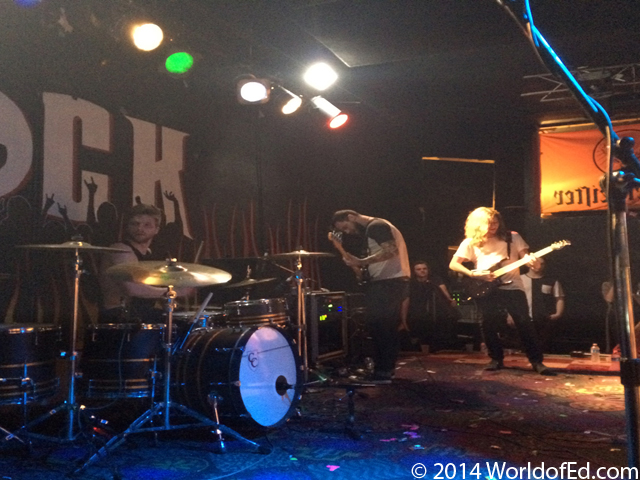