Me First And The Gimmie Gimmies Roll Through Phoenix

Me First And The Gimmie Gimmies announced a while ago that they were going to be touring and would be coming through Phoenix. Although I love the band, I had never actually seen them live. They had also announced that the one and only Jay Bentley would be playing bass for them. This was a great chance to see Jay, so I signed up to go check them out.

Having recently changed jobs, I didn't have much vacation time. I worked until noon and then took the car over for an exterior wash. With the car looking good and texts from Jay that they were already in town, I headed over to Tempe. The drive was quick and I made a quick pit stop to do some shopping on the way. I ended up at Pub Rock around 2 and hooked up with the band.

Jay was outside and we got to catch up for a bit. Spike and his wife wanted to get Pizzeria Bianco, so we all decided to head over there. I've been there before a few times and the food was quite good. It was cool to meet Spike and catch up a little with Jay on everything. I developed a bad tension headache, so I wasn't able to eat much as I felt pretty shitty. With everyone fed, we headed back to the venue to hang for a while.

I spent a while hanging with Jay on the bus and catching up a bit more. I believe that this is one of the few times that I have gotten to see him solo, so it was cool. He is one of the big influences in me turning my attitude and anger around, so I appreciate any opportunity to learn more from him. Around 6, we decided to go grab something for dinner. Jay, Spike, his wife, their guitarist Chris, and I jumped in the car and headed over to Tempe Marketplace. Chris, Jay, and I grabbed some sushi while Spike and his wife grabbed some burgers. With everyone satiated, we headed back to the venue again.

I sat on the bus for a bit and watched a little tv with everyone. It was getting late, so I headed inside to get a good spot. Shortly after, the Gimmies took the stage. The show was fucking great. The band was into it and it carried into the crowd. Seeing a mosh pit to a Paula Abdul song is amazing. I also love seeing Jay play. I love seeing my friends being successful and he's always incredibly happy when he's playing. The band was on stage for a little over an hour.

After the show, Jay swapped clothes and we hung out by the bus for a bit. We caught up a little on art and some of our favorite artists. Sadly, it was late and I had to get going. I said goodbye to everyone and headed back to Glendale, getting to sleep around 2AM.

Many thanks to Jay and Spike for the meals, the entire Gimmies crew for being cool, and Will for being a fucking awesome promoter. 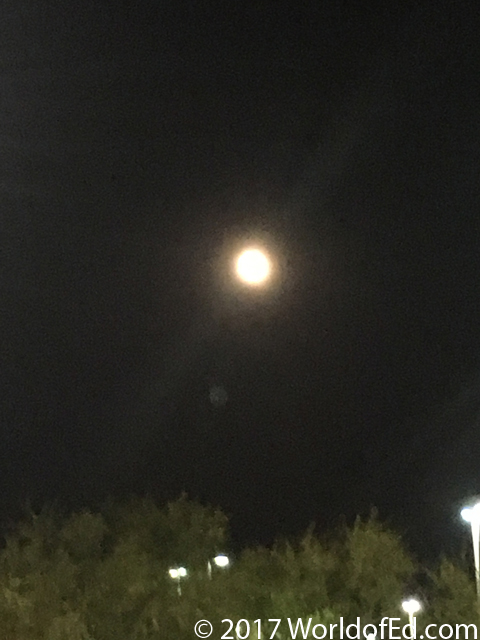 The moon. It only looks so good because I paid for the upgraded app. 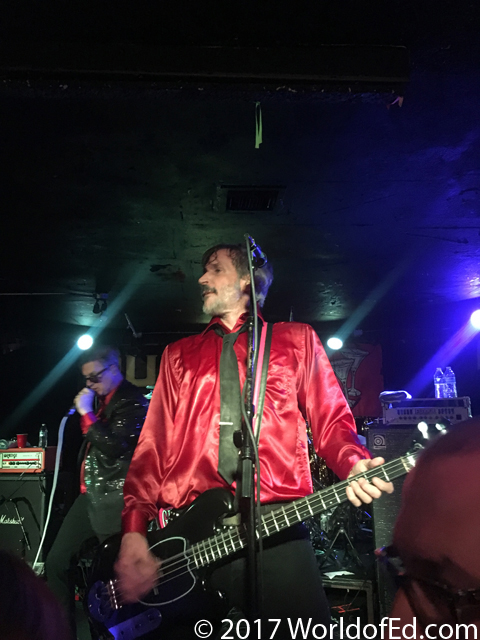 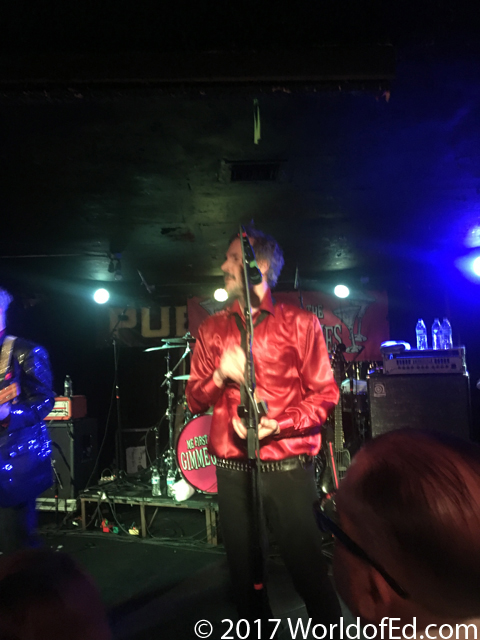 Jay and his shaker.