Special Ed recently returned to the east coast. Below, you'll find the details of the adventure.

I arrived in NJ on Friday, June 15. It was a travel day for the most part. I got up early and got a ride to the airport from my friend Dan. I caught the direct flight into Newark and got the rental. I had a lot to do and took care of some administrative things. I picked up supplies for the whole trip, got pizza, and got to the hotel to get settled in and caught up.

Saturday was the first full day. I slept poorly and got woken up by a text at 6AM, so I wasn't feeling great. I was able to get over to Kearney and check out the sites, get breakfast, and then head to the cemetery to visit my brother's grave. I then needed to head to south Jersey for the wedding and made a pit stop at Nicolo's on the way. I got into the hotel, got cleaned up and headed to the wedding. The wedding was fantastic. I am really excited for Kristin and Javi and thankful that they invited me. I got to catch up with a number of people, hang out with my sister, and enjoy the night. The wedding wrapped around midnight and I made my way back to the hotel.

Sunday was Father's Day. I cruised around during the day, doing some shopping and enjoying my time outside of AZ. Around 4 I headed to the Keller's house. I hadn't realized that it was a holiday when I set up time with them and was happy that they still allowed me to. I got to see the whole family and meet Joe's kids on his first Father's Day. We hung out for a while enjoying the good food and beer. I wrapped things up and headed back towards the hotel, getting a few more supplies and gassing up the car before calling it an early night.

Monday, I headed to north Jersey. Some wires got crossed but the lunch with my Aunt was still on. I had not seen her in almost 18 years. I met her at work and got to spend some time eating lunch with her and catching up. It was awesome. From there, I headed up to Connecticut to visit my Uncle Tom. The ride up included a pit stop in Rhode Island so that I could send my nieces postcards from that state as well. I dropped my shit at the hotel and headed over to Uncle Tom's house. I also had not seen him in over a decade and it was great to catch up. We got dinner and beers a few minutes from his house and then spent a few more hours catching up back at his place. Around 9:30 I had to tap out as I had a long day ahead of me. I said goodbye, made a few pitstops on the way back to the hotel, and finally found postcards at the hotel. I packed everything up and got to sleep.

Tuesday was a long day. I drove to Boston and dropped everything at the hotel. I had gone here as a kid and remembered some of it. I wanted to experience some of the sights as an adult. I hopped back in the car and got to sightseeing. I was at it for 5 hours, seeing much of the Freedom Trail, the USS Constitution, and Fenway Park. I was pretty beat from the traveling and walking around and decided to call it an early night. I didn't realize how bad Boston traffic was and it took an hour to go the 7 miles back to the hotel. I relaxed a little, caught up on things, and got some sleep.

Wednesday morning, I got up early and stopped at the Sam Adams Brewery for a tour. It took a while to get there, but was worth it. The founder of the company was in the lobby for a while shooting a commercial for a while which was cool to see. The tour was great and we had a great guide. I recommend it if you have a chance. From there, I got on the road back to NJ. It took 6 hours to get back, partially due to Apple Maps being a piece of shit and partially due to the bad traffic. I dropped my stuff at the hotel and headed off to see Rohit. We met up at Bahama Breeze, grabbed some grub and beers, and caught up for a few hours. It was great to see him again, this time in another state. I got back to the hotel and grabbed some sleep.

Thursday was a great day. I was able to hit Seaside Heights for a while. I took my time on the way in and caught some sights. By the time that I made it to the boardwalk, I was ready to go. I played games, ate pizza, mailed postcards, and had a hell of a time. Most of the day, it was cloudy and overcast which was great. I also took the lift for the first time, just soaking up the day. I then headed to Eatontown. I dropped everything at the hotel and picked up Joe. We cruised to New Brunswick to see the Character Actor show. Some of my other friends were there and it was great to see everyone, drink some beers, and enjoy a show in NJ. Joe also played the new Night Birds album for me and it is fucking killer. We closed down the show, I dropped him off, and then headed back to the hotel.

Friday was another big family day. I headed to Old Bridge and looked around before meeting up with some of the family for lunch on Rt. 18. It was great to see everyone and it ended up being a 3 hour lunch. I'm thankful that everyone was doing well and I left around 4. I headed over to Cheesequake Park to look for my Eagle Scout project. Sadly, due to Hurricane Sandy and a trail change, it is gone. I then headed back to Old Bridge and did a family dinner for a while. I closed out the night with a little shopping by the hotel and then called it a relatively early night.

Saturday, I got up and moved to Newark. I was able to get into the hotel really early and drop my stuff. I took the train over and met up with Mike Yannich in Queens. We faded a few beers together and caught up for a few hours which was great. We parted ways and I headed to the lower east side to meet up with Mike Jarmuz. We grabbed pizza and beers and then headed back to his neighborhood. We caught up for a while over a few more beers and I departed around 10pm. I got abysmally lost trying to get back to NJ and got back to the hotel around 1AM. I got as much sleep as I could.

Sunday was the last day there. I woke up earlier than I wanted to and packed my things. I then headed over to get breakfast and to the cemetery one last time. I made a few more stops before winding back up at the airport. I dropped off the car and caught my plane to Chicago. There was a slight delay in Chicago but I made it back to Phoenix. Joe gave me a ride back to the house and I spent the night unpacking and then trying to catch up on sleep.

The trip was amazing and I am thankful that I got to see so any people. I hope to be able to get back soon. 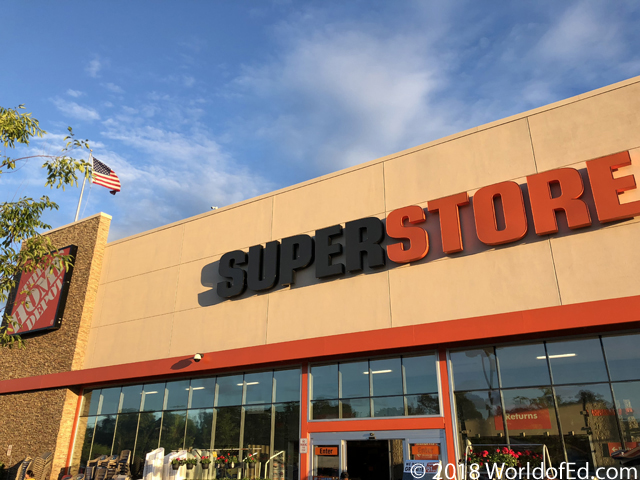 Starting the trip off right by discovering a new breed of Home Depot. 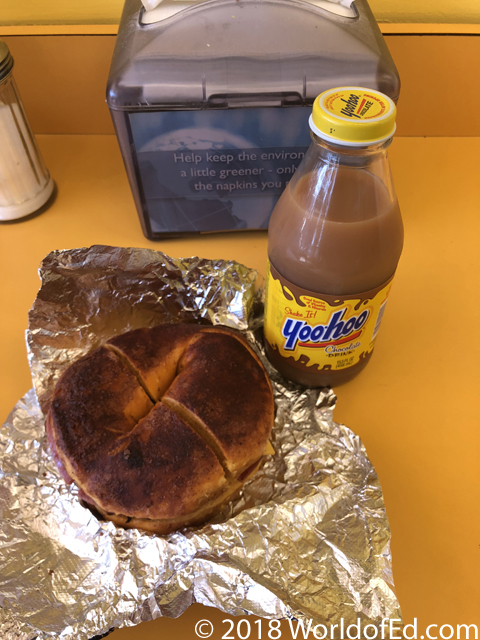 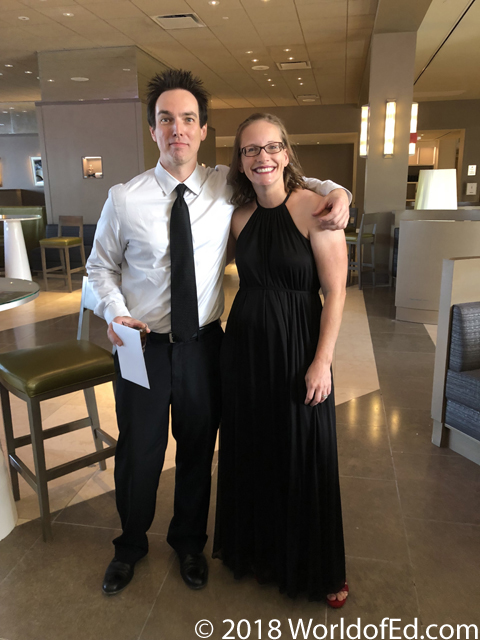 My sister and I at the wedding. 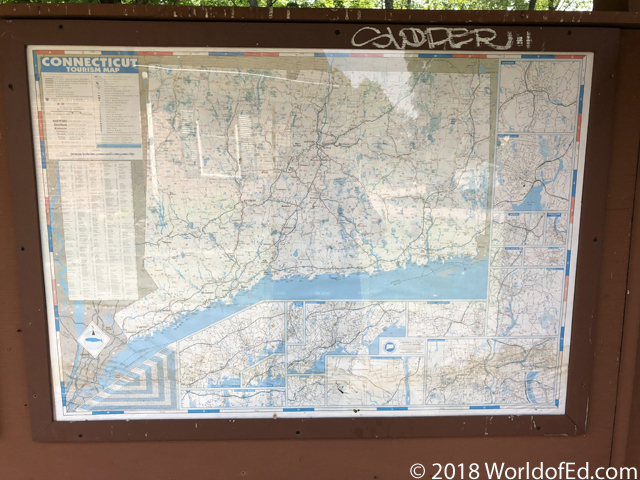 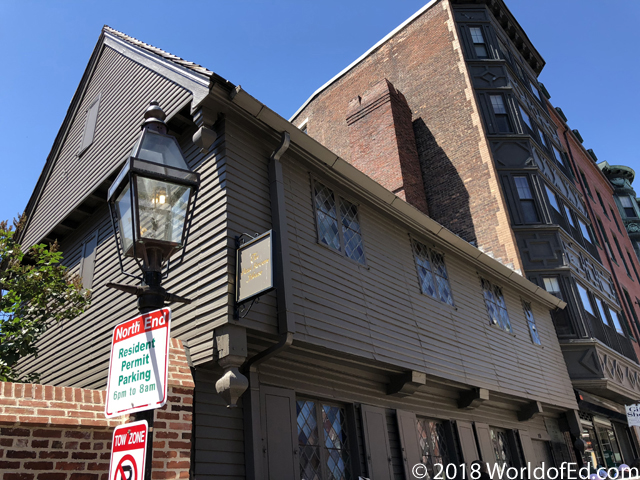 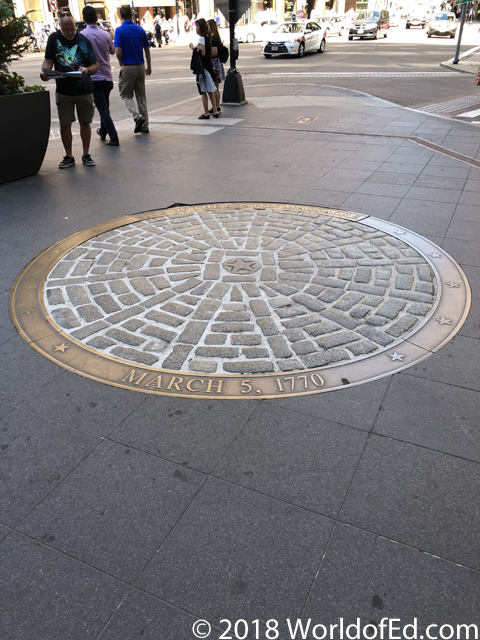 The site of the Boston Massacre. 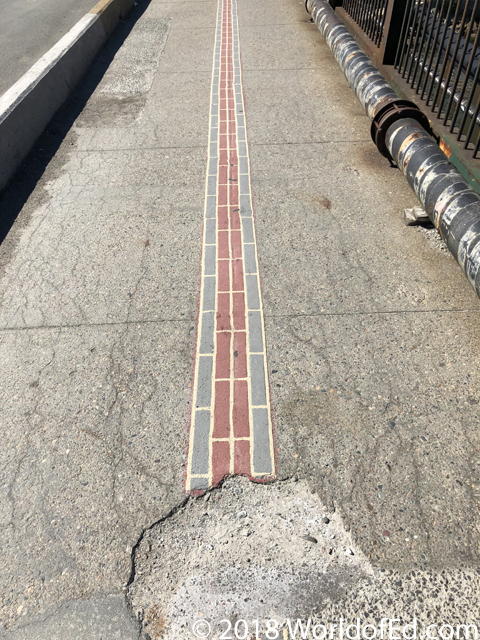 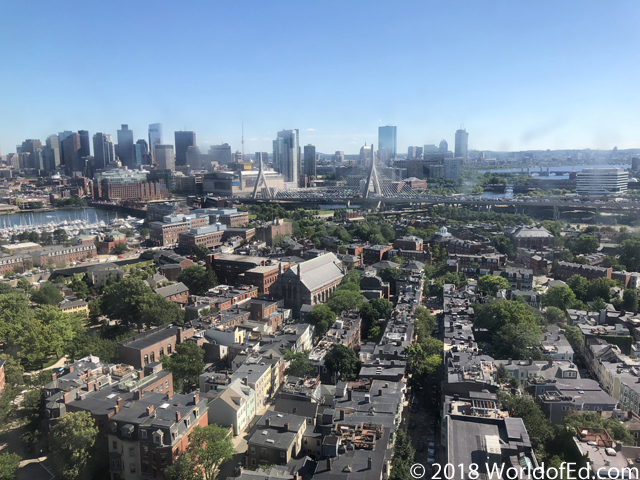 Looking out over Boston from the top of the Bunker Hill monument. 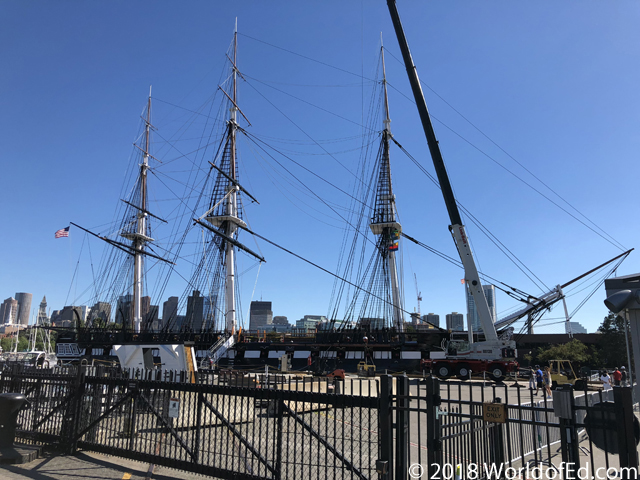 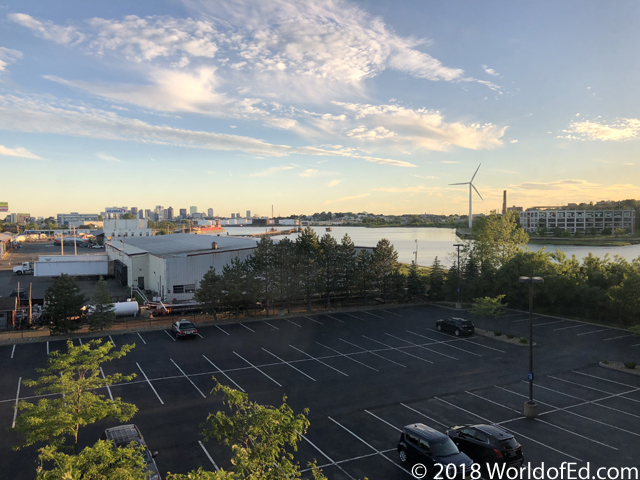 Looking over Boston from my room. 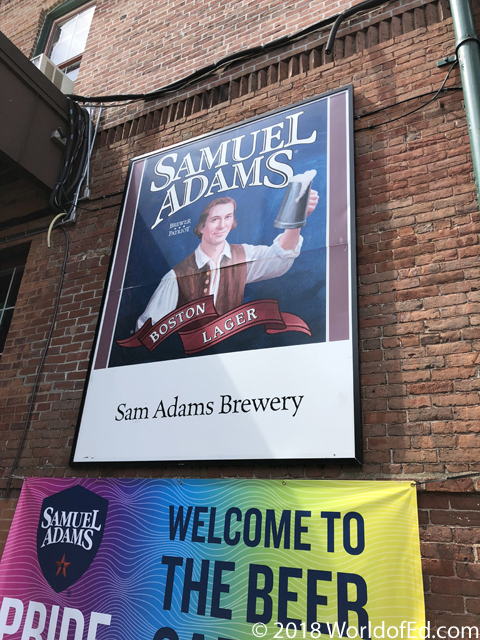 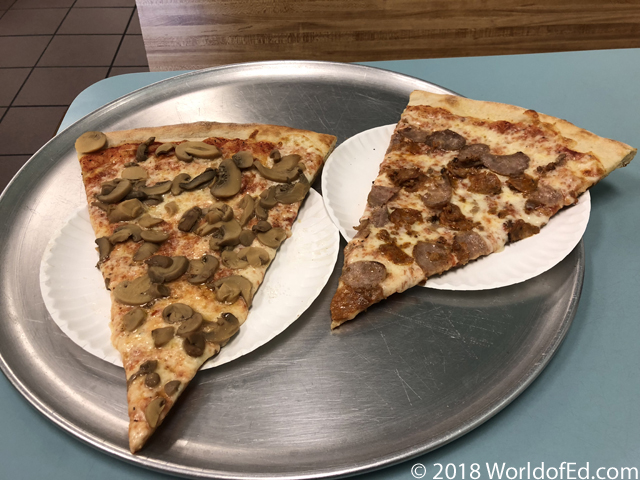 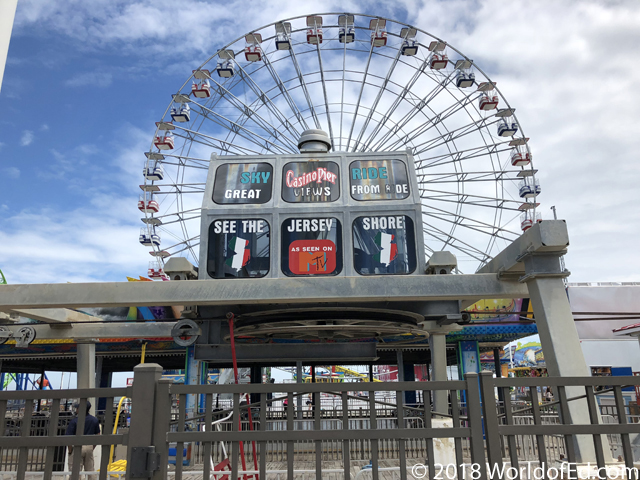 The Ferris wheel is back. 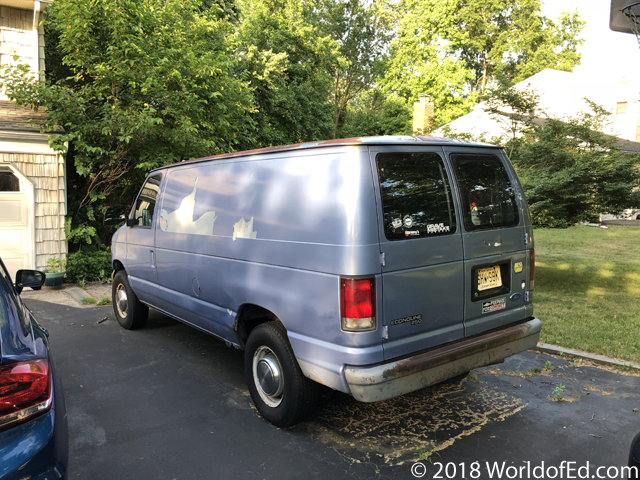 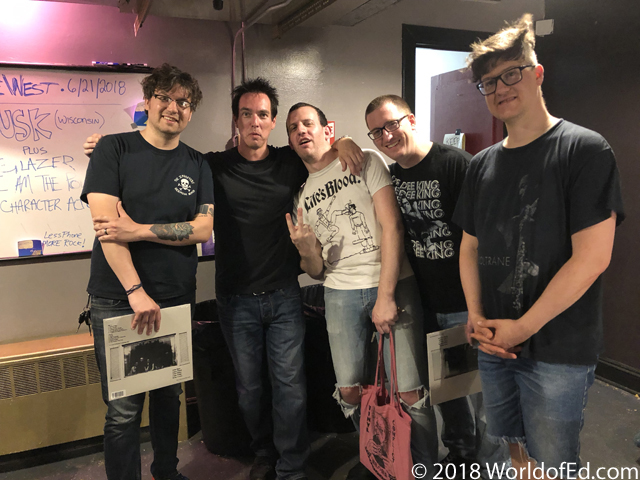 It was great to see so many friends all at once. 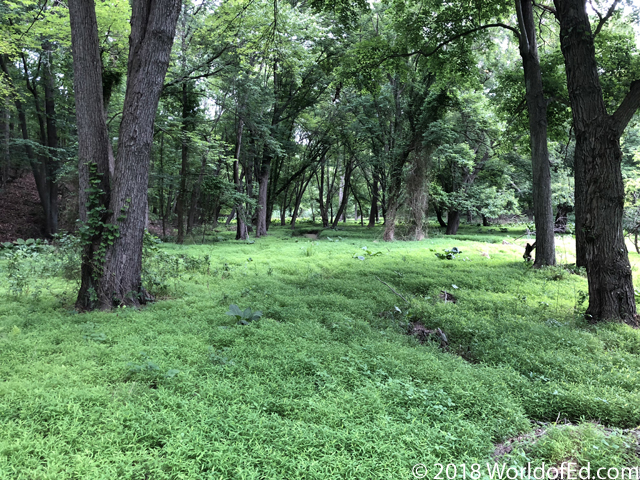 Cheesequake Park on the green trail. 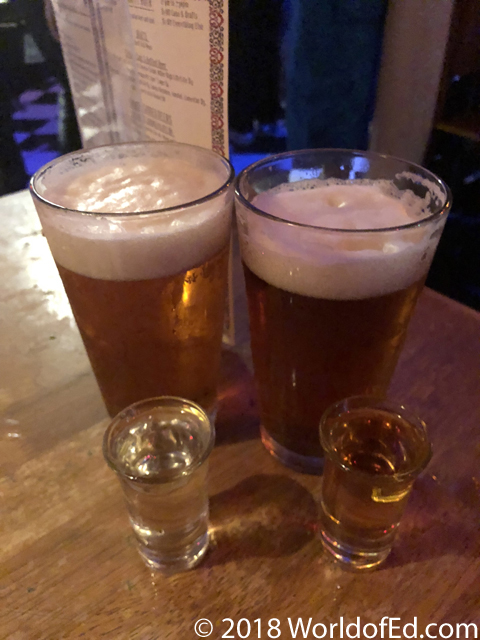 Closing the trip out with beers with Muzz. 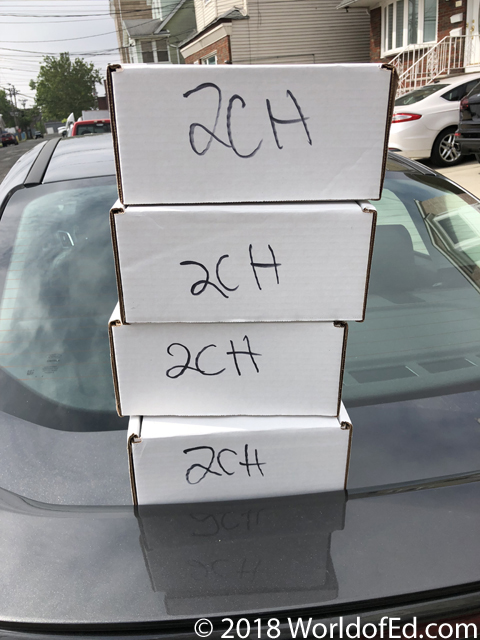 Stocking up on babka.