I woke up fairly early on January 31st. I was still beat from the night earlier, but today was special. NOFX was coming back to Phoenix and I had to be ready. It had been 4 months or so since they had played in Phoenix. Last time was a radio show and this was to be a headliner. I was excited.

I arrived in Tempe around 1pm. The gear and guys were supposed to be arriving, but nothing was there. I hung around for a while and then ran out for food .When I got back, the gear was just arriving and so was the band. I hung out for a bit while the gear was loaded in and watched the soundcheck. They played some new material, including this year's Feel Good Hit Of The Summer, Orphan Year.

At this point, it was getting a little late due to the delayed load in. We scattered off of the stage so that the other bands could load in. The next few hours were pretty chill. I hung out and caught up with Limo and Kent. I enjoyed a couple of beers and generally relaxed and enjoyed the company of some good friends.

The first band to play was VW Trainwreck. The band was unbelievably bad. I hope that I never see them again. The second band, The Impossible Ones, was really good. They are from Phoenix and put on a hell of a show. I recommend catching them if you can. Smoke or Fire was next, but I missed them as I was outside.

10:30 rolled around and it was time for NOFX. They took the stage and immediately started having fun. They joked around about how good it was to be back in Phoenix and how they only played at Edgefest for the money. Erik Melvin's hemorrhoids were giving him issues, so Mike made sure that the crowd knew all about it. At one point, he had to stop playing and go take care of them. They played a few new songs, including Orphan Year. Mike said that this song was written about how both of his parents died within a year of each other. Finally, right before Linoleum, Mike began making fun of El Jefe. They started the song and Mike slipped and fell right before he had to start singing. He got up and started singing, only to have El Jefe run over and pull his pants down. He couldn't stop playing and played for a bit in only his boxers.

They closed the show with an amazing Broadway style display. Earlier in the night, they were playing the soundtrack to Avenue Q in the dressing room. Mike had said that it was like Sesame Street for adults and that he made the entire band and crew go see it last time that they were in New York. Just as the band handed their instruments off, Kent began to play the soundtrack over the PA. Mike and Melvin headed back to the stage and joined the crew in a re-enactment/interpretation of one of the scenes. They finished up with the Broadway finale and called it a night.

Not much went on after the show. I helped out a bit with the load out and had a final beer. It had been a long day and I was ok with getting some rest. I bid everyone a fond farewell and then started the 45 minute ride back to my house. 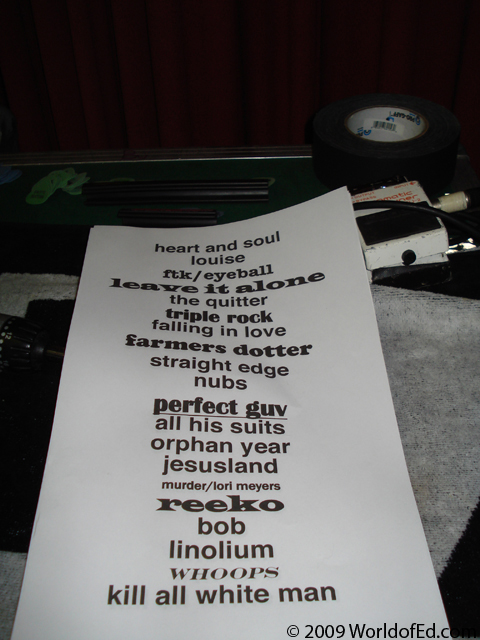 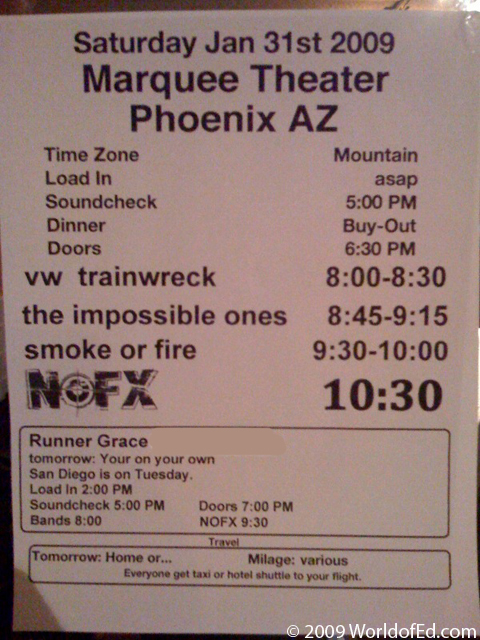 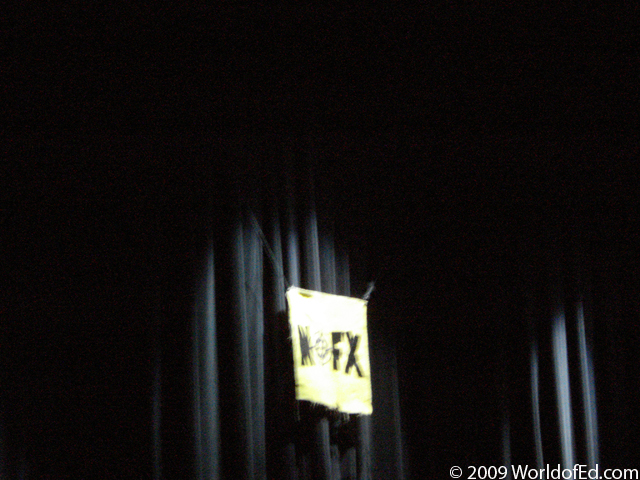 Their 2 foot by 2 foot backdrop. 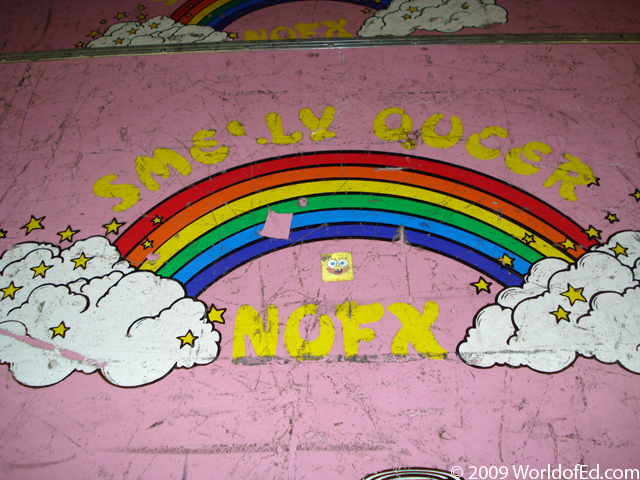