NOFX made their triumphant return to Phoenix on January 7th. I was very excited to see them. Work has been very shitty and I really needed a big break. This show was exactly what I needed.

I got down to the Marquee early. I stopped in Tempe to do some shopping and figured that I would just spend the day out rather than heading all of the way back to the house. I got down there to discover half the gang already down there and the other half on the way. I went in, said my hellos, and got settled in. I recently found out that I would be traveling the world for work, so the guys were sharing all kinds of travel tips and places that I needed to go check out.

The Grim showed up next. Timmy is an old friend, so I hung out with him for a while and helped them get all set up. We caught up and swapped stories while the rest of the bands loaded in. By now, hours had passed and it was time for dinner. The runner brought back some awesome P.F. Changs from up the street and everyone sat down for a communal dinner.

The Grim hit the stage first. They put on a great show. Next up was Old Man Markley. This was my first time seeing them and I was quite impressed. They also played well and the crowd was really into it. Finally, Pulley got the crowd going, playing for 40 minutes straight.

NOFX took the stage and tore it up. The fans were really into it and the band played great. I had a rad seat behind Smelly and got to see the whole thing from his point of view. My friend Brandon was in the audience and I was able to get him up there as well so that the could check things out. Church and Skate is one of my favorite songs off the recent albums, so I was stoked to really happy to get such great video of it.

Finally, the show wrapped up. I was pretty exhausted and ready to go. I got my tour poster signed, said goodbye to everyone, and made my way back to Glendale. 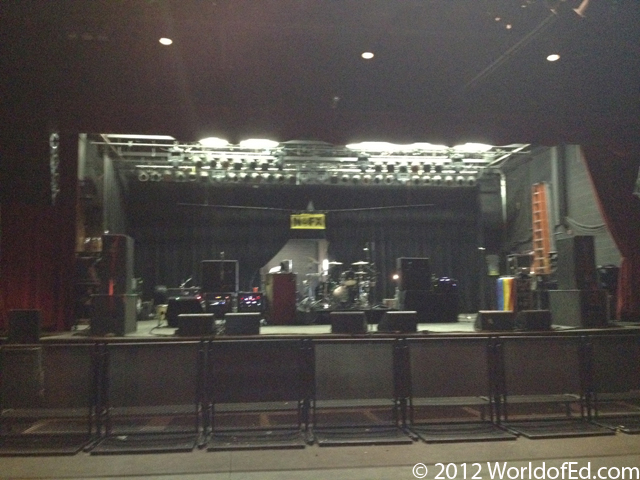 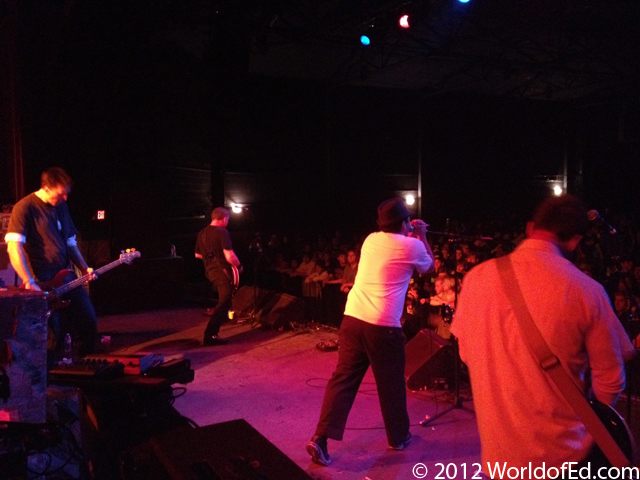 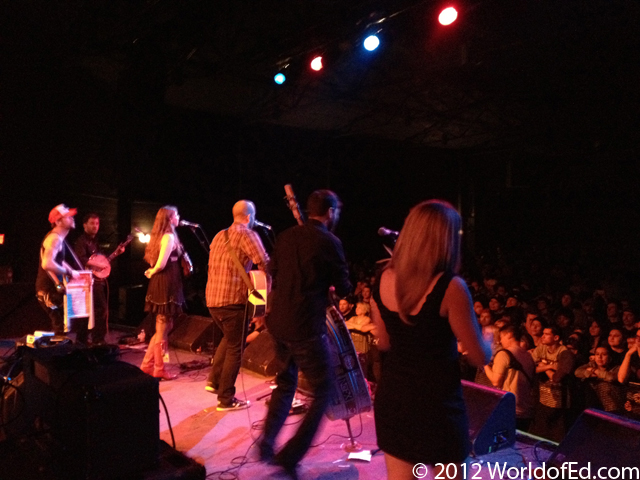 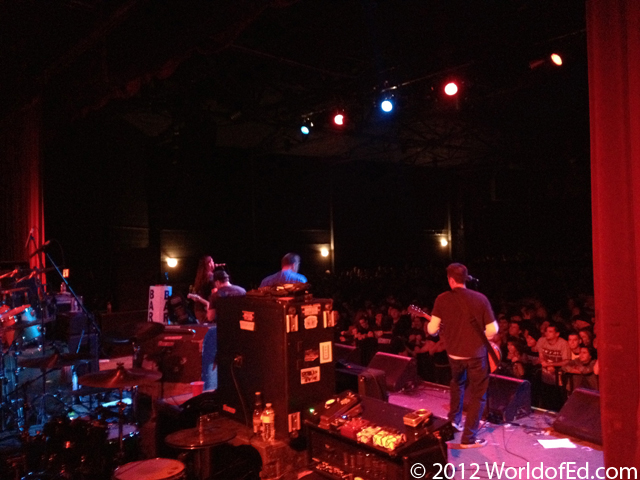 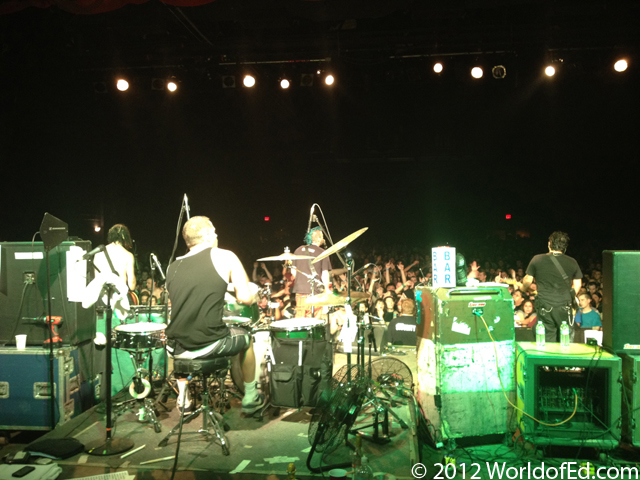 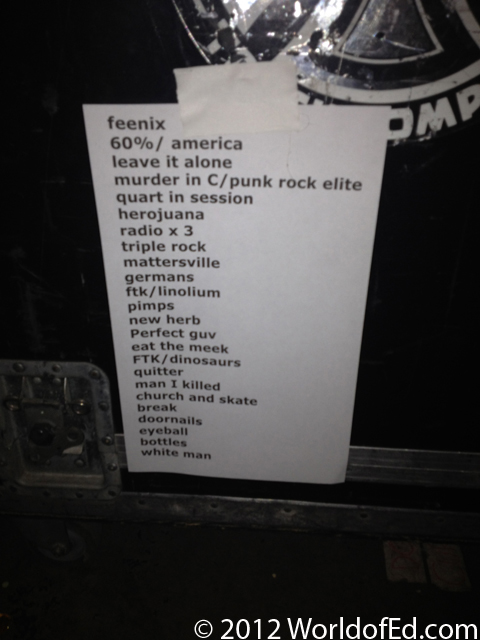 The setlist. I loved seeing Bottles To The Ground. 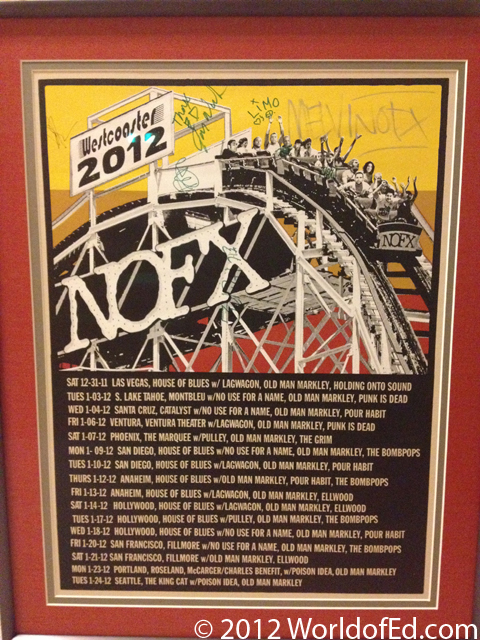