Off! Back In Phoenix

Off! came back to Phoenix after a year and a half hiatus. They had just released Wasted Years a few weeks earlier and were touring the US in order to support the release. Unfortunately, due to work conflicts, I was unable to attend the Tucson show the night before. They're a band that I don't want to ever miss seeing again, so I knew that I had to head downtown to the Crescent Ballroom for the show.

This show was one of the more mellow that I've recently attended. I had to work earlier in the day, so I was not able to get downtown until 6. I never really get to go out in downtown Phoenix, so rather than hanging at the venue, I chose to walk around for a while. I took in some of the sights, enjoyed the really beautiful air, and got something to eat. Now that I was all fueled up, I went back to the Crescent Ballroom.

When I arrived, I ran into Sam and Joe from the old Format days. I briefly said hello and then went inside to check out the openers. NASA Space Universe was first up. I thought that they were alright. They were not necessarily a band that I would normally listen to, but I think they put on a pretty good show. They were followed up by Cerebral Ballzy. I was not a fan of them. I wasn't really into the music, although they played it well. Their lead singer kept pouring beer on/giving beer to underage kids. While I understand that it was "punk rock", it is also a good way to get a show shut down or the headliner in trouble. Either way, I'll probably never see them again.

Off! was up next. I got up in the front of the stage and took in the set. It was fantastic with the band playing a bunch of stuff from the new album as well as songs from the prior 2. It was a nice blend of all of the songs, with no one album feeling to be over represented. The set was fast paced and sounded fantastic. I really enjoyed it and was happy that I got to see them again.

After the show, I grabbed one of the limited tour posters. I milled around for a little while, saying hello to Keith and having the band sign the poster for me to add to my collection. With that, I was a long way from home and 7 hours away from needing to go to work, so I made my way back to Glendale. 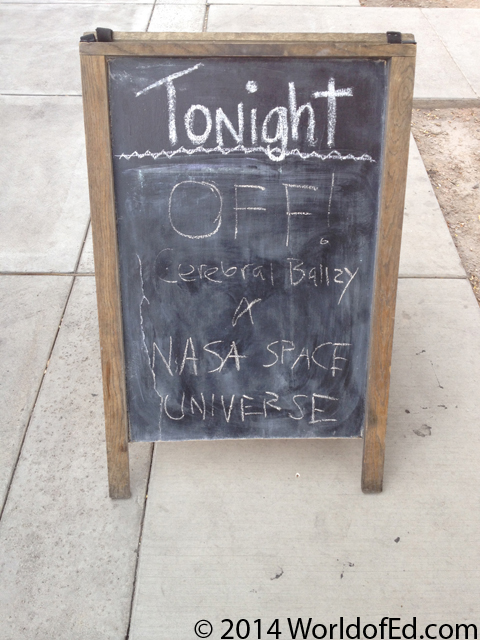 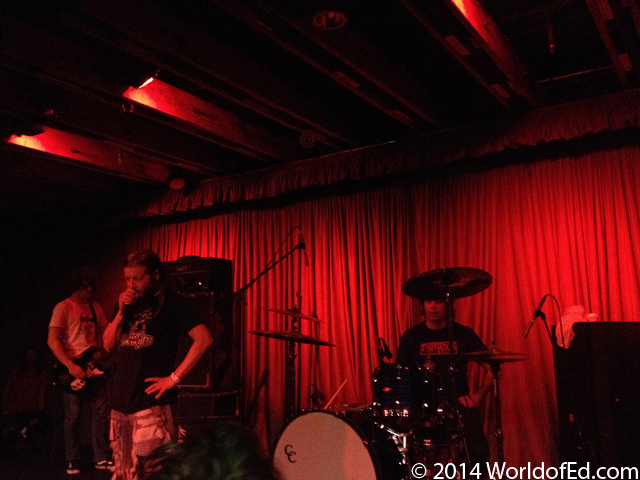 Keith talking to the crowd. 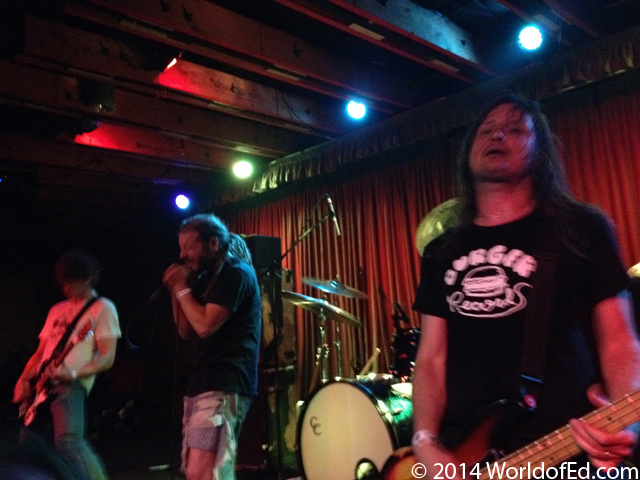 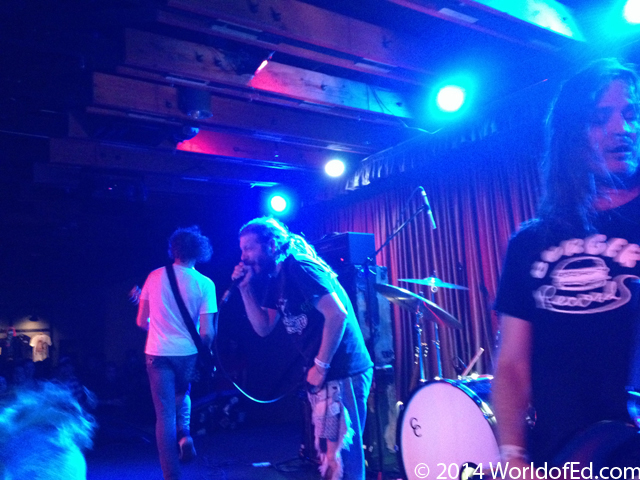 Off! doing what they do best.