Special Ed In The Pacific Northwest

This year has been weird and different for everyone. For myself, the first half of it was spent doing an extensive amount of remodeling, transitioning to a full work from home job, and attempting to keep my sanity. I needed a break and the Pacific Northwest was the answer. For many years, I have promised some friends that I would make it to Portland and this was the time to make it a reality.

The 25th was spent traveling to Portland, getting set up in the hotel, and getting everything ready for the next few days. I was staying near Oregon City. Stanton and Stephanie had some work stuff to do, so I got groceries, checked out the End of the Oregon Trail, and saw the area. We then linked up, headed downtown, and hung out on the outdoor patio of a law office, overlooking the city. We had a few drinks, had a nice meal, and stayed out way too late. We headed back their way, I got the rental, and I got to sleep around 2AM after setting the alarm for 7AM.

The 26th was off to a weary start due to a lack of sleep. I got breakfast and got on the road to Seattle. The drive up was pleasant and relaxing and I really enjoyed it. I kept going after Seattle as the first destination was Whidbey Island. I hadn't seen Mark since The Format went on hold and I missed seeing old friends. I took the ferry his way and got to spend 4.5 hours at his house catching up, sharing a meal, meeting his wife and daughter, drinking a few beers, and hanging with the various cats, dogs, and roosters. It was very rejuvenating to see him and it felt like nothing had changed. I still had driving to do so I caught the ferry back and made my way to Seattle again. I got into the hotel, hit up the Space Needle, walked through a bad neighborhood, watched a prostitute sell her wares, got food, and got back to the hotel to relax a little and get some sleep.

I started the 27th by walking around for 3 hours. I walked to Pike Place Market and saw the sights, got a wonderful lunch, and did a little shopping. I then hit Smith Tower to travel to the top. I got up there and went outside on the outer walkway. After a panic attack, I headed back in and got back down on the ground. I walked back to the hotel, got my car, and headed out to do some shopping. With that complete, I headed out to meet up with Dani and say hi. I saw that Bruce Lee's grave was on the way so I stopped and saw that. After a few hours of visiting with Dani, I headed out to check out the Cobain house. It was a monumental memory for me, so I wanted to see it. I then headed to Redmond, discovered that my reservation was actually in Renton, drove there, and got squared away into the hotel. It was a long one, so I tapped out and got some sleep.

While looking at the map, I saw that Mount St. Helens was on the way to Portland. I spent the first half of the day driving there, getting lost, having no cell service, finally getting to it, checking it out for a while, and then heading back to Portland. Stanton and Stephanie had some work stuff to do so I timed it all out to get some shipping in and then meet up with them. We grabbed another meal, drank for a bit at their house, and I crashed out there.

The 29th was the last full day in the Portland area. Everyone was a bit worn down, so I ended up bumping into a hotel and dropping my stuff there. I grabbed a nap and then met back up with them to tackle the day. We cruised all over Portland. I got to see all of the Simpsons lore, ate some really great and fresh food, saw the headquarters of Dark Horse Comics, and grabbed dinner with them again. We hung at their house for a while but they had an early day, so we called it an early night.

I got up on the 30th and packed my things. I headed back over to Stanton and Stephanie's, visited with them for a bit more, and then headed out. I stopped at Voodoo Donut and picked up an assortment to bring to Phoenix. I got to the airport, got everything squared away, and returned to the unfortunate reality of Phoenix.

The trip was a blast and really helped with the mental funk that I was in. Thanks go to Stanton, Stephanie, Easton, Maude, Mark, Oriana, Charlotte, and Dani for the hangs and time. 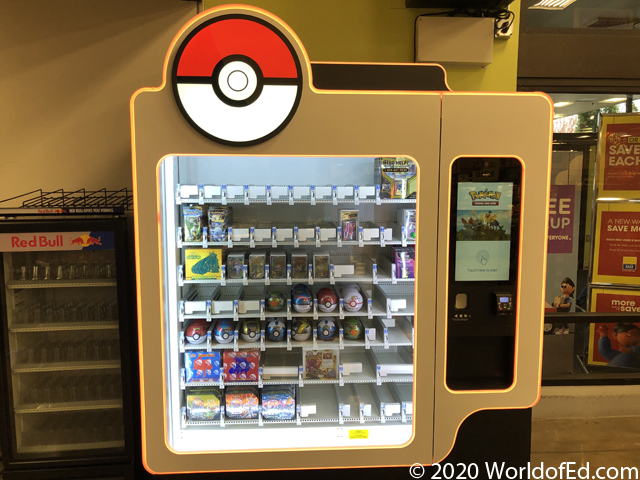 Taking a ferry to Whidbey Island.

The Space Needle. I chickened out on going to the top. 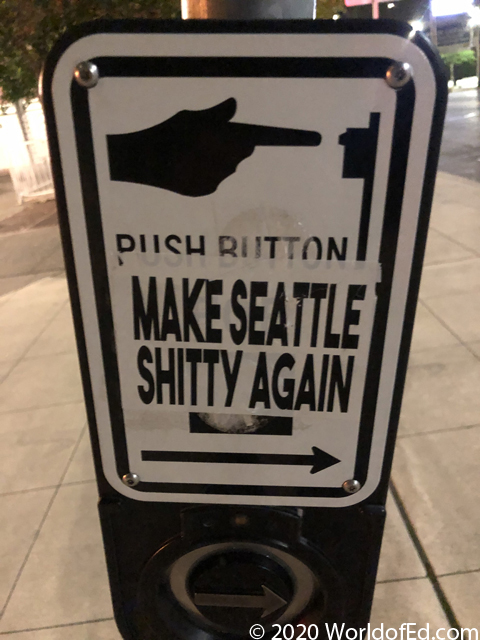 I did my part. 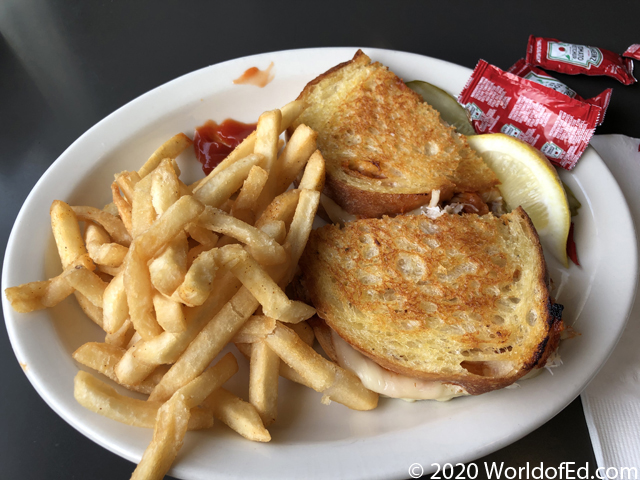 A Dungeness crab melt. It was amazing. 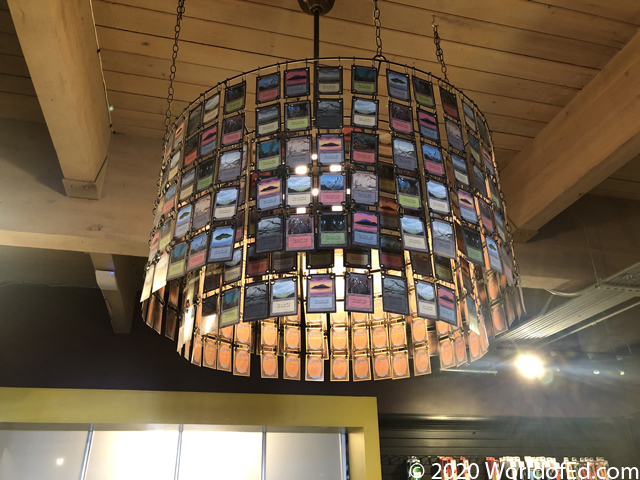 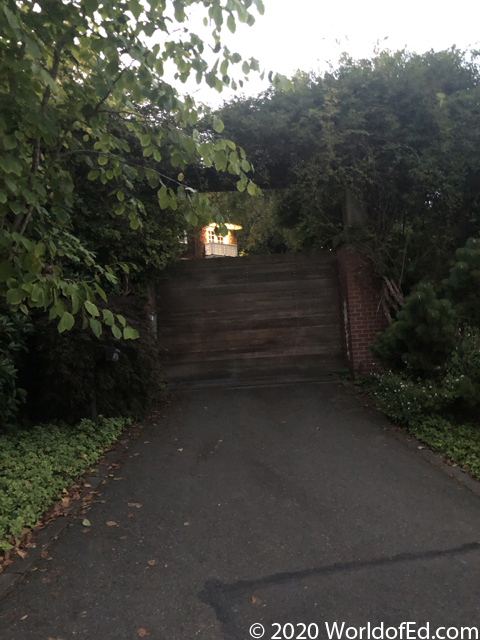 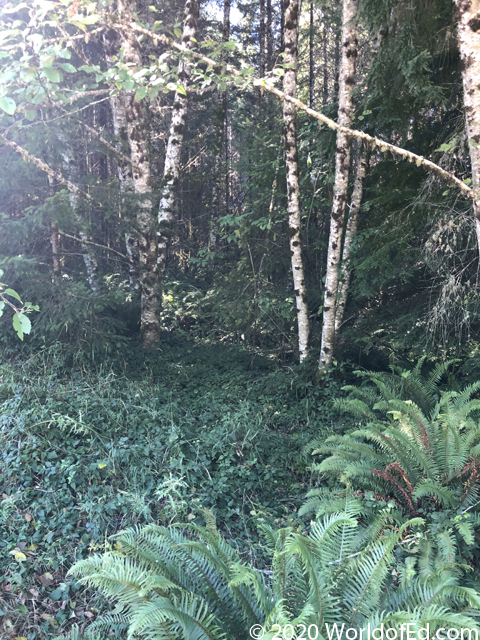 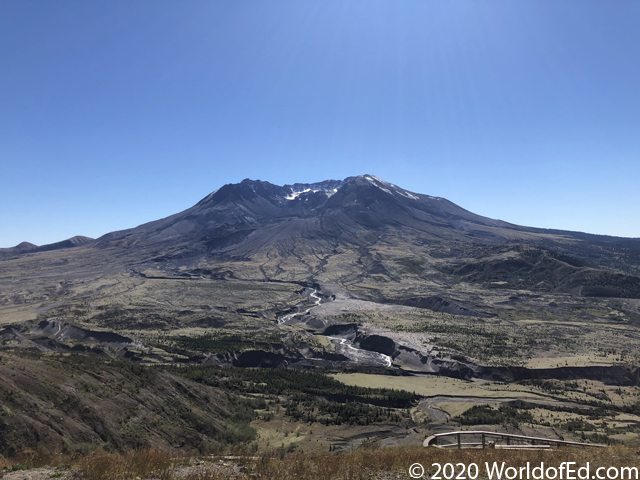 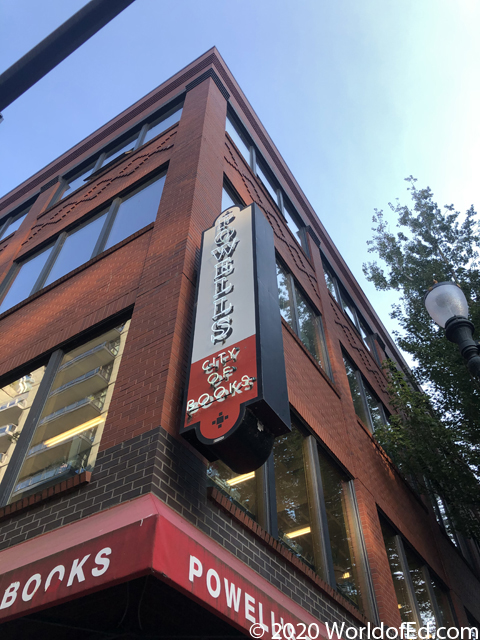 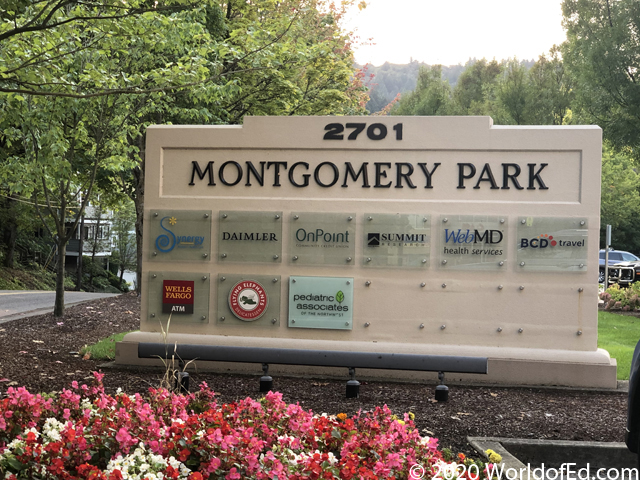 Smithers was nowhere to be seen. 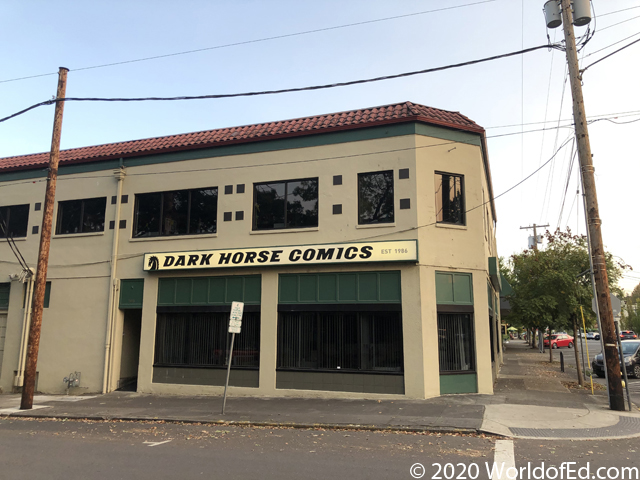