I woke up early on the 9th. I grabbed what I needed and started my way down to Tempe. Greg was doing a book signing and had asked me the night before to manage it. I got down to Hoodlum's Music early and got to work. I met with the owners, ensured that everything was in place, and then called Greg and gave him the lowdown. He showed up a bit later to a crowd of 150 fans. The signing was much earlier in the day than the previous ones, so the signing was first for the people that had to get back to work. After the signing his new book, Anarchy Evolution, Greg stuck around and took pictures with everyone and answered a few questions.

After the signing, I headed over to the venue. Brian wanted to check out Bizarre Guitar and grab food. We made our way over to Bizarre and checked out all of the vintage instruments. it was a way better experience than Chicago Music had been the night before. We finished up there and then headed over to Pita Jungle. We took our time at Pita Jungle and caught up on how things in DC have been. We finished up and headed back to the Marquee.

There wasn't much of anything to do, so I spent most of the day hanging out with everyone. I showed Greg the site design that I had worked out for greghetson.com. I was able to participate a bit in the construction of Project Ronway. Ron and I finally got some time to hang as well, which was well past due.

My guests started to show up around 8:30. Mike Schey cruised down, putting the full World of Ed senior leadership at the show. I had also invited Sonja so that she could take some photos and hang with me and meet my friends. Everyone got in, got their passes, and headed to the dressing room. Most of the band was already dressed and ready on the bus, so we had the room to ourselves. The Bouncing Souls came off of the stage and we assumed our spots on Hetson's side of the stage.

Sonja and I spent the first few songs in the barricade. We were both able to get some great pictures as the band lit the Phoenix crowd up. We put her camera equipment away and got back on stage. I had told Greg the night before that I wanted to see Let Them Eat War on the list so that I could rap on it. Halfway through the set, they kicked into the song. I was able to go out and do my part, delivering my best performance yet. The band continued to play for another thirty minutes and then called it a night.

Unfortunately, Mike had to leave right after the set. Bus call was not until 2 in the morning, so Sonja and I had plenty of time to hang. We took the dressing room over again, with everyone telling stories and drinking beers. I was able to get some good pictures with everyone before my camera broke. We continued hanging until 1. By then, almost everyone was gone or heading to their bunks to get some sleep on the long drive to New Mexico. We said our good byes and left the Marquee.

I have some of the best friends ever. Thank you to everyone that helped make for a couple of great days. 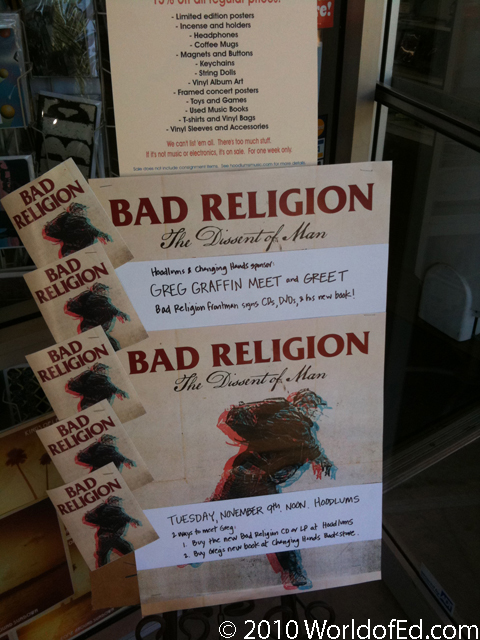 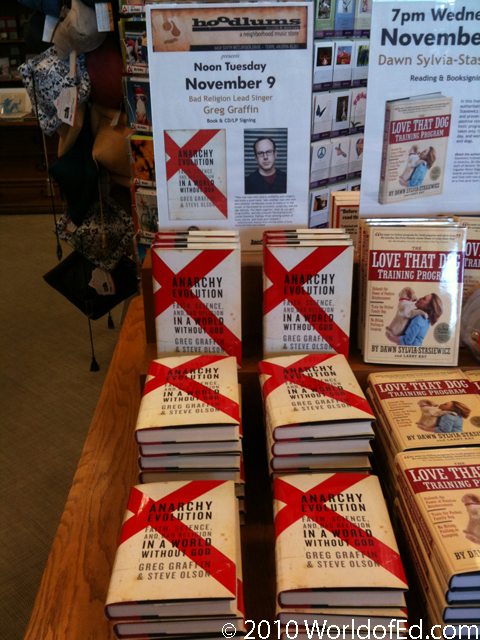 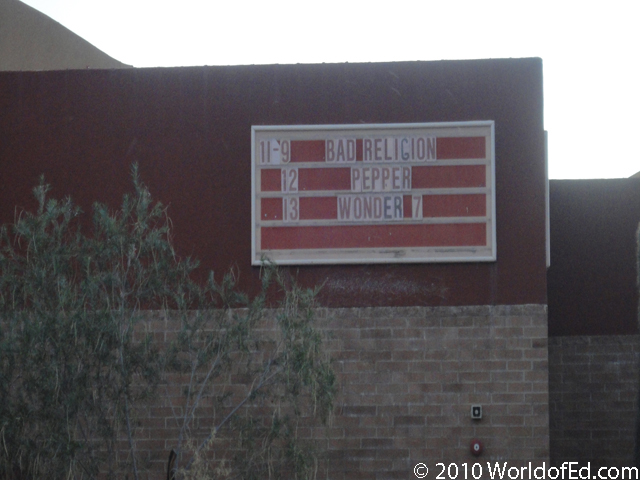 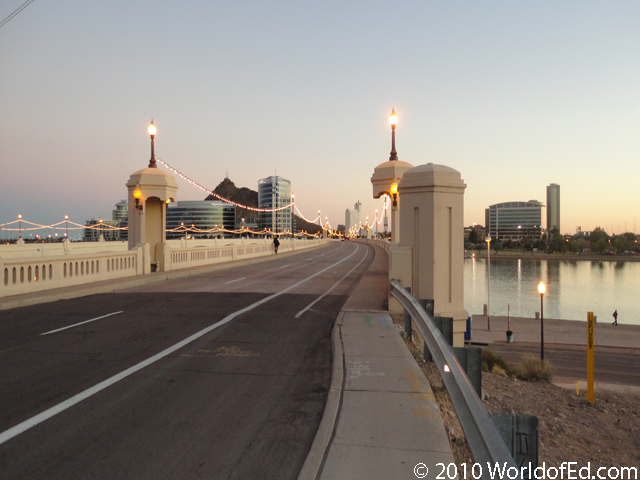 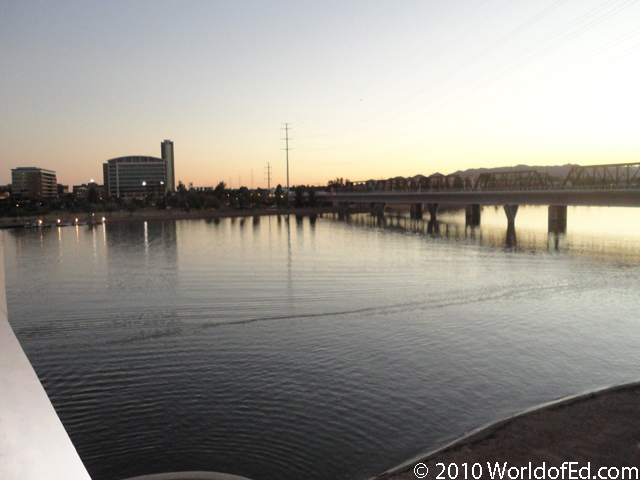 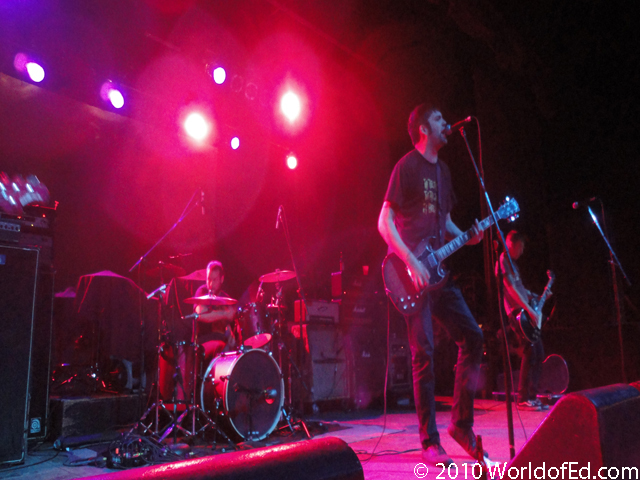 Off With Their Heads. 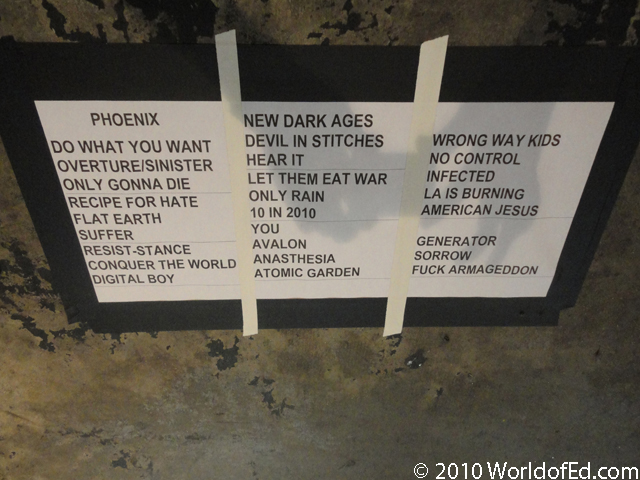 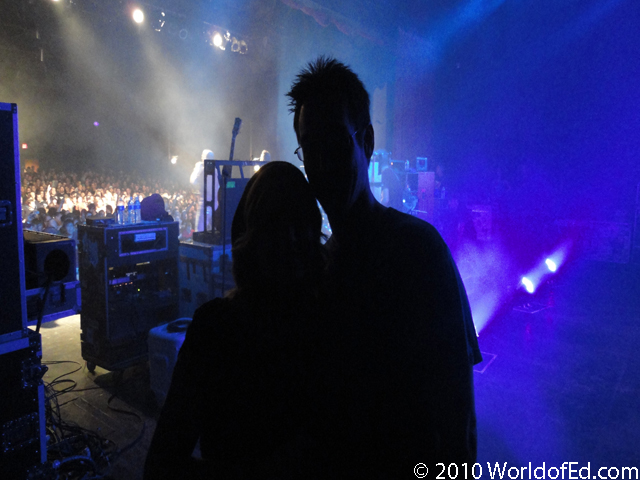 Sonja and I on stage. 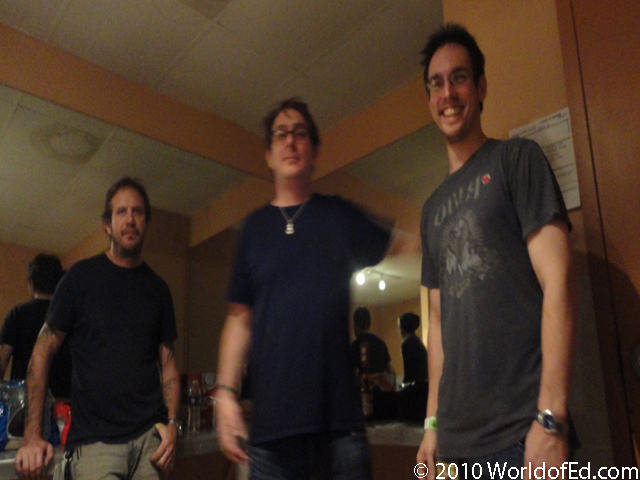 Ronnie, Brian, and I. 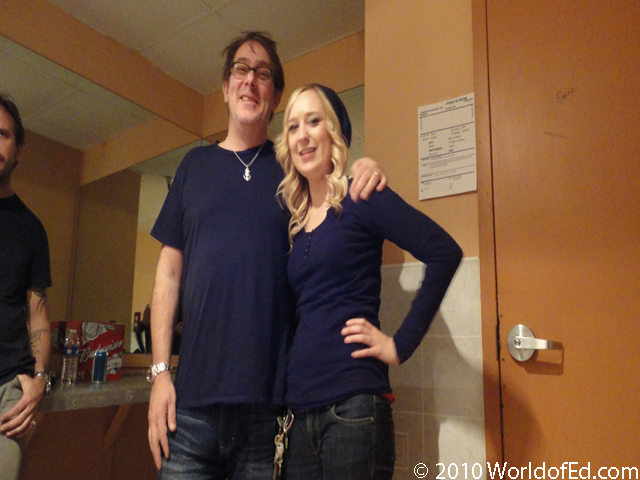 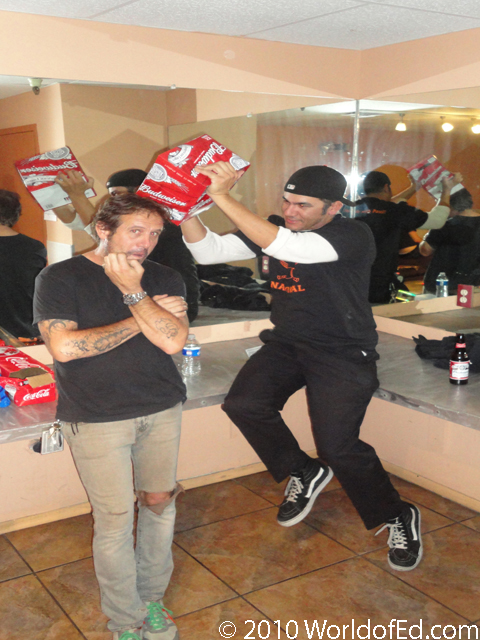