Punk Rock Bowling rolled around again. I haven't been there in many years as I hate the commercial enterprise that it has become. What was once a good weekend of hanging with friends is now a big ordeal. I made an exception this year as both Night Birds and Dag Nasty were playing and I had to see them both.

Work sucks lately, so I wasn't able to get out until Saturday morning. The drive into Vegas was pretty easy and I made good time on the way. Before heading to the hotel, I made a few stops at some of the local record stores on the way, checking out the different selections and coming across a half dozen cds that I needed and had not found in Phoenix. By now, it was 3pm and I had things to do, so I headed to the Hilton, got checked in, and then headed down to Freemont Street.

Things were popping between the punks and the normal tourists. I texted around but was having a hard time getting a hold of anyone. I grabbed one of the local prime rib specials and then decided to treat myself to a massage in the casino. It was one of the most awkward experiences ever. I ducked out, headed to the venue for a bit, and then decided to walk the 3 miles back to the hotel, stopping for some Rita's and checking out the shops along the way. I chose to get back early and relax and it felt great.

I woke up Sunday and headed back down to Freemont Street. The Night Birds were headed in from San Diego and were still an hour out. I ran into Gavin and got to catch up with him for a bit which was great. He was working so I chose to head out and grab some food while I was waiting. The local Subway took care of lunch and Night Birds pulled up just as I finished. We all caught up for a bit and roamed around all of the tents.

At 4:40, Night Birds took the stage. The set was great and the crowd was into it. There really isn't enough great stuff that I can say about them. With the show over, PJ and I headed over to the Heart Attack Grill for dinner. We placed our orders and started eating while waiting for Joe to join us. We closed things out with a Jell-o shot and headed back to the venue to hang. I caught up with Frank, Carrie, Brian, Greg, and Rhino, made some new friends, and saw the Buzzcocks and Descendents.

Night Birds were flying home at 6am and the original plan was to just not sleep. The sun zapped everyone so we headed back to the hotel where everyone crashed for a few hours. They departed and I crashed out again. I woke up at 10 and packed my stuff as I was moving hotels. I headed over to the new hotel, dropped my shit off, and decided to go see more of Vegas.

I spent some more time looking in random stores. I never really get a chance to head off the strip, so I headed north and worked my way through a number of the smaller communities. I grabbed something to eat and then headed back to the venue in time to catch Dag Nasty. I love the band and was happy to finally see them. It was pretty cool seeing Brian on stage with a different band than Bad Religion and playing different music too. I chose to head out and not see the other bands as I wanted to get some time in on the strip.

I headed back to the hotel, bought a beer, and decided to walk the strip for a little while. It was a warm Monday night so there was not too much activity. It was still pretty cool to see some of the attractions and stroll through the casinos. I knew that I had a long day ahead of me on Tuesday and tapped out at midnight.

Tuesday was a very easy day. I got up early and headed back to Phoenix. I took my time and made a number of pit stops along the way at some of the scenic spots. The drive was cake and I was thankful to survive the weekend.

This weekend was exactly what I needed. Thank you to all of my great friends that I got to spend time with for being such cool people. 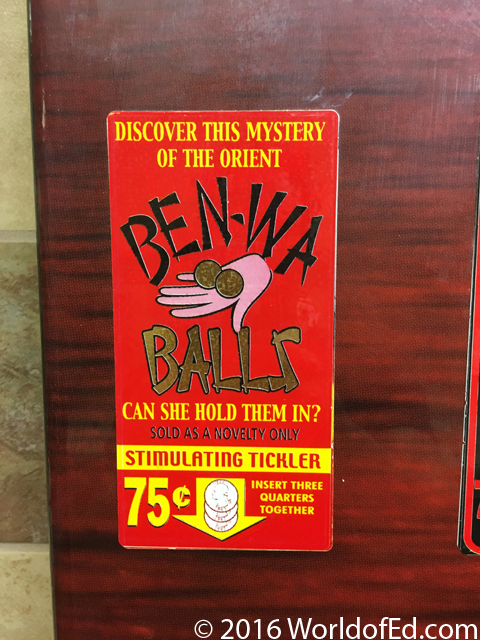 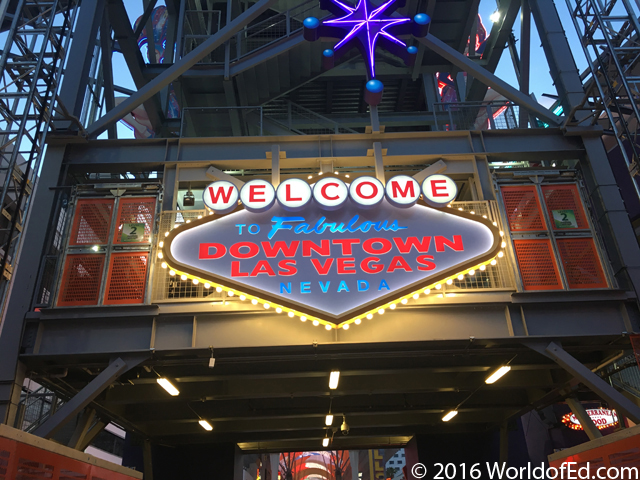 Heading into the Freemont Street area. 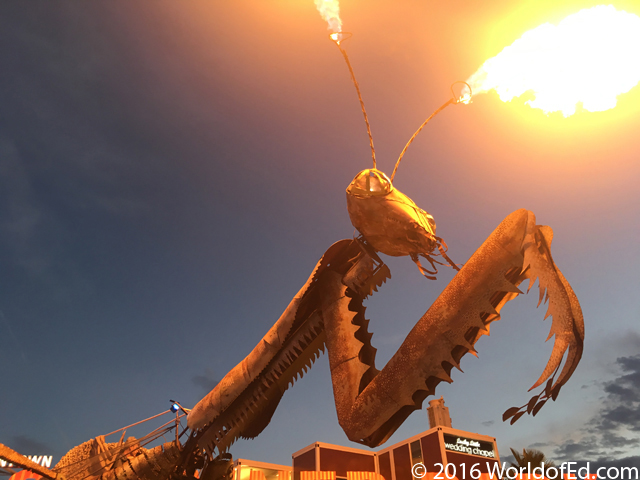 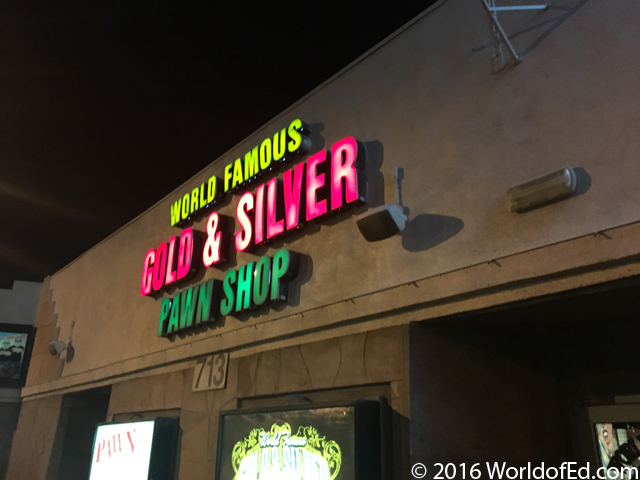 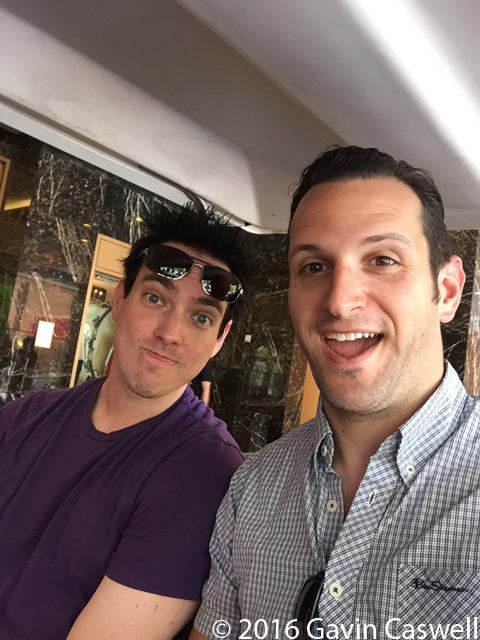 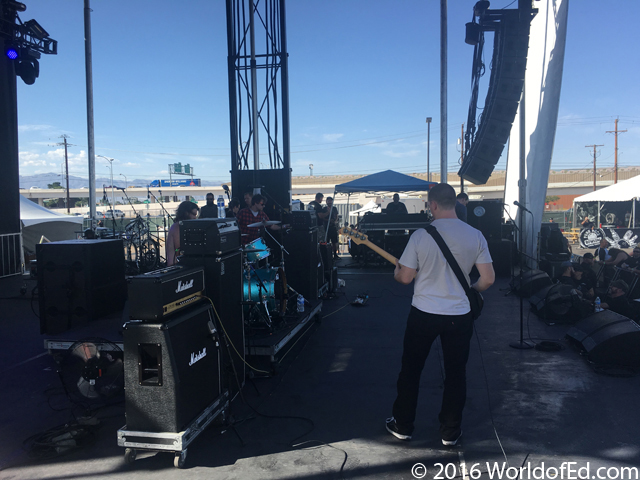 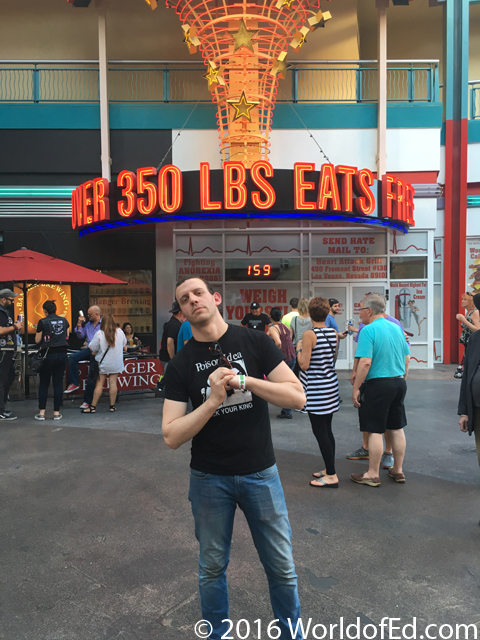 PJ at the Heart Attack Grill.

We survived the Heart Attack Grill without any paddling. 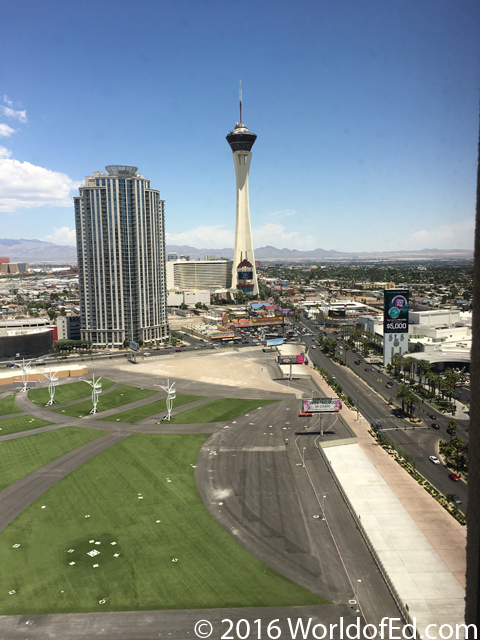 A view of the Stratosphere from the second hotel. 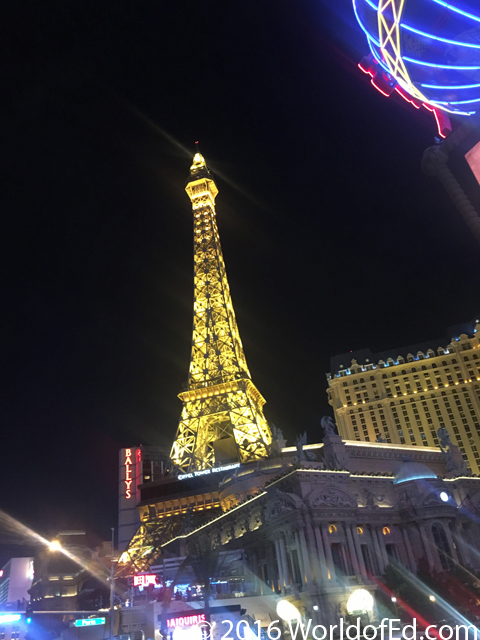 This Eiffel Tower is better because it is American. 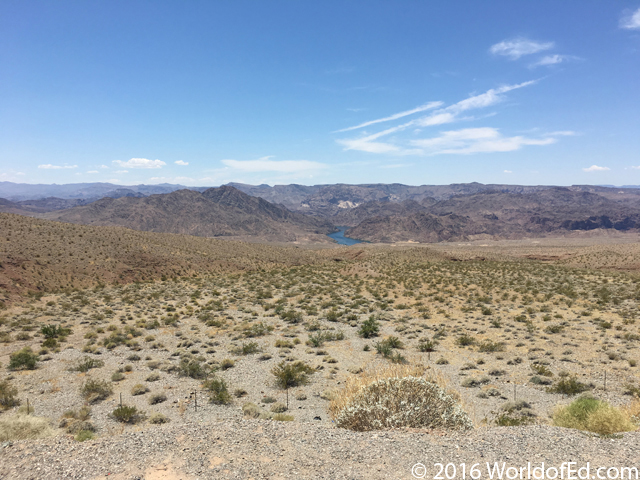 Stopping off to look at the Colorado River on the way back to Phoenix.