I woke up early again. I was a little sleepy due to the previous night's activities, but I managed to pull myself together and get showered and ready. I had a big day ahead of me. I had to get to San Diego, had plans to meet up with someone, and also wanted to hit up Rei Do Gado.

I was Wes' ride down, so we piled everything into the car and got on the road. He needed to grab some parts for the projector rig, so we made a pit stop in Carlsbad. He was able to find the parts that he needed and we were able to see some absolutely gorgeous women. We jumped back on the road and finished the trip down.

We pulled up just in time for load in. The load in process was a little more difficult than Anaheim as the entrance for gear was on a street in downtown San Diego. This made for quite the obstacle. Either way, the gear got loaded in and everyone got settled into the venue. I pulled my car off the street and got it valeted, making for an easy night.

I was pretty hungry at this point. One of the security guards recommended a pizza place a few blocks up. Being from New Jersey, I'm very picky about my pizza. I gave it a shot and was very pleasantly surprised. I loaded up on a couple of slices and a diet coke and headed back to the House of Blues.

It was time for the show and I was excited. I've never seen Agent Orange before and watched quite a bit of their set from the side stage. Bad Religion came on following them, playing through another great set mixed with old and new songs.

After the show, I had nothing to do and the car was safe. I went out drinking with Greg. We hit one bar close to the venue but quickly decided to head out. We then moved over to another bar a bit further away that his friend worked at. It was a great bar with a very cool vibe. The best part was that there was actually a secret bar hidden behind a false wall. It was quite interesting .

By now it was 2am and last call. We made our way to a pizza place for a late night snack. We ordered some pizza, got kissed by some random hot girl, and then headed back to the hotel to grab some sleep. 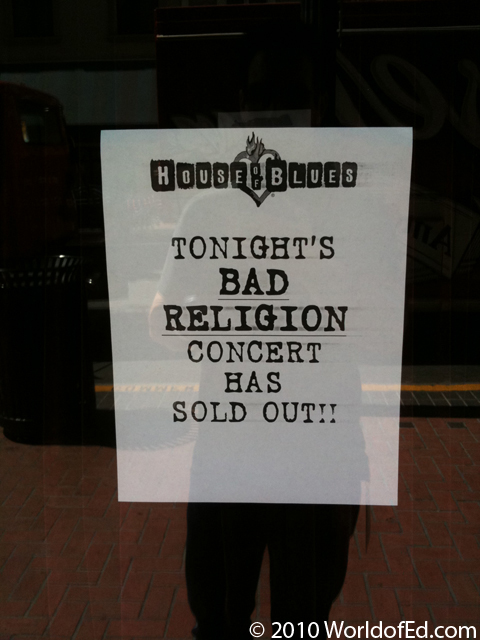 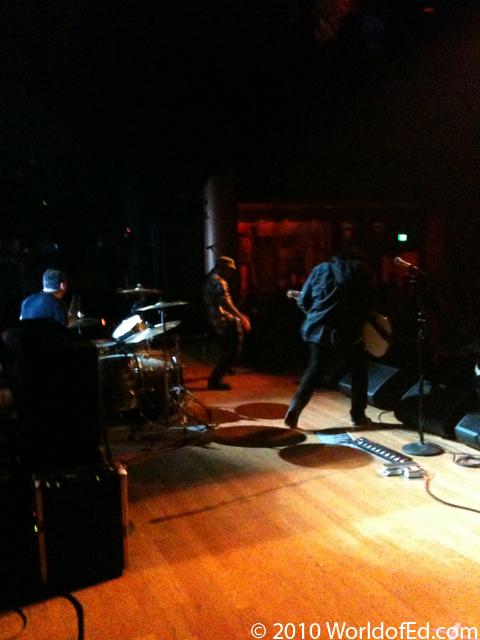 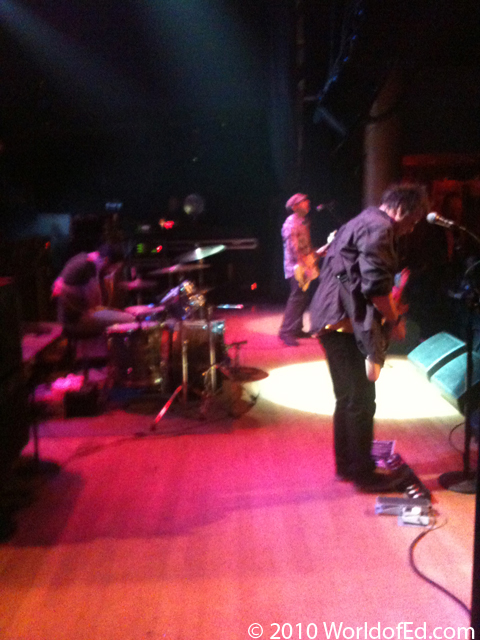 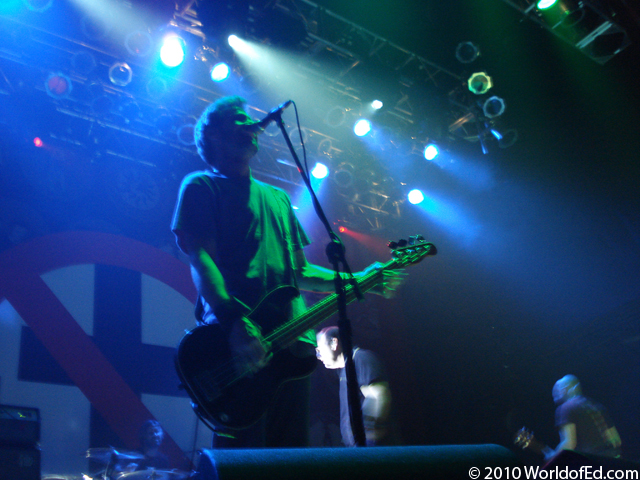 The spotlight's on Greg. 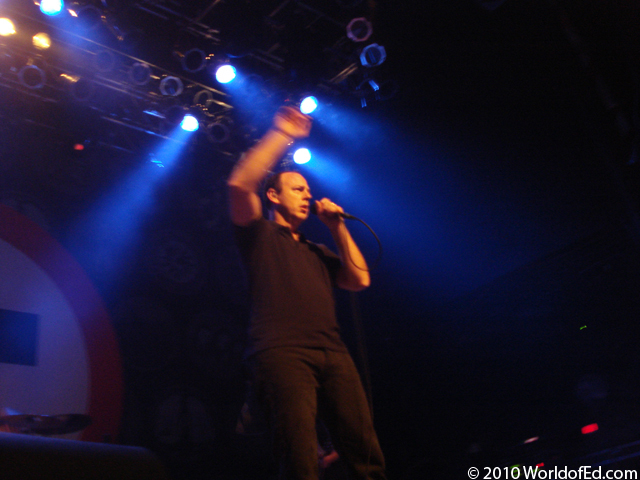 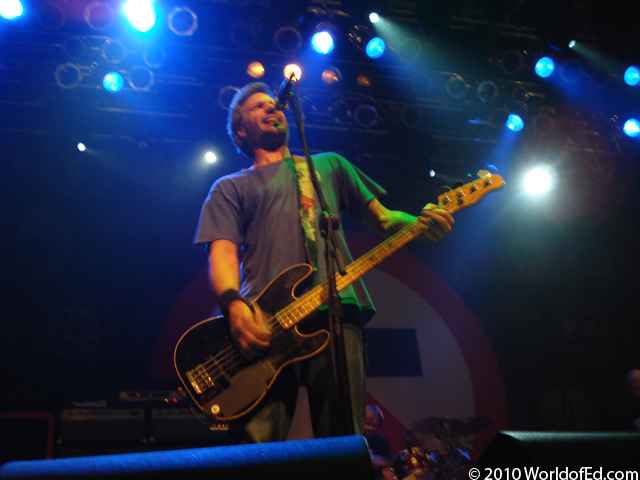 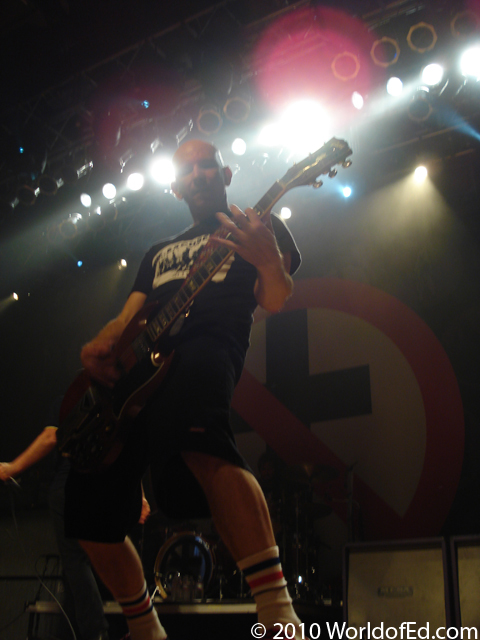 Hetson up close and personal. 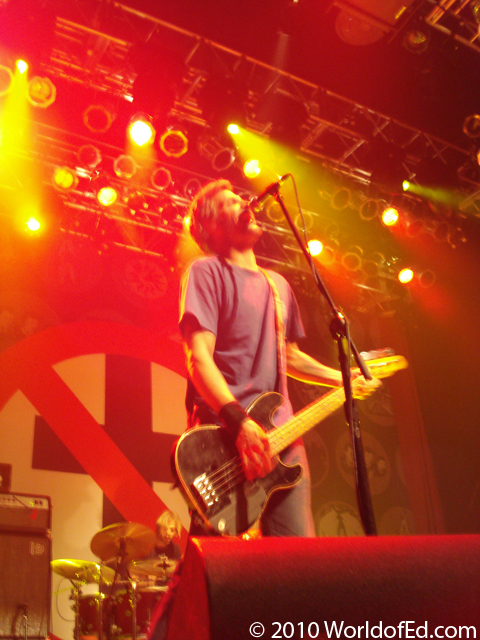