Senses Fail was out supporting If There Is Light, It Will Find You. I had just seen them a few days earlier and was pretty stoked be to able to catch them much closer to the house.

I had to work earlier in the day, so I put in my hours and hit the road to Mesa. I had made a few pit stops on the way out to the Nile. Mesa is pretty far away from where I live, so I made the most of the opportunity. I got in around 2 and the timing was perfect.

I connected with everyone and was caught up on the California show. As part of this tour, meet and greet packages were sold that allowed the fans to meet the band and watch the soundcheck. Soundcheck was at 3:30, so we decided to get some lunch before it. We hit up the tried and true Pho joint near the venue. Gavin and I attempted to make some additional purchases at the supermarket but were thwarted by trainees and long lines. Time was not on our side, so we headed back empty handed.

The band got through soundcheck and catered to the fans. Lots of photos were taken and tons of questions answered. It is really cool to see how engaged that they all are with them. There were a few more hours until the show which were spent having a few beers, telling stories, and generally hanging out.

Reggie And The Full Effect left the stage and the Senses crew got it all set. The band took the stage for a 90 minute set, playing a good number of songs from the new album. The place was good and full and the crowd was really into it. The lights and the music synced up nicely and the whole thing came off as the well conceived experience that it is. The band played well and left the stage around 11.

I hung around for a little longer. Everyone cleaned up and we spent a few last minutes hanging out. I called it a night, said my good byes, and headed back to Glendale. Except for the coyote in the middle of the freeway, it was an easy drive and nice end to the night.

Many thanks to the whole Senses Fail family for their hospitality and letting me crash their lives for a few days. 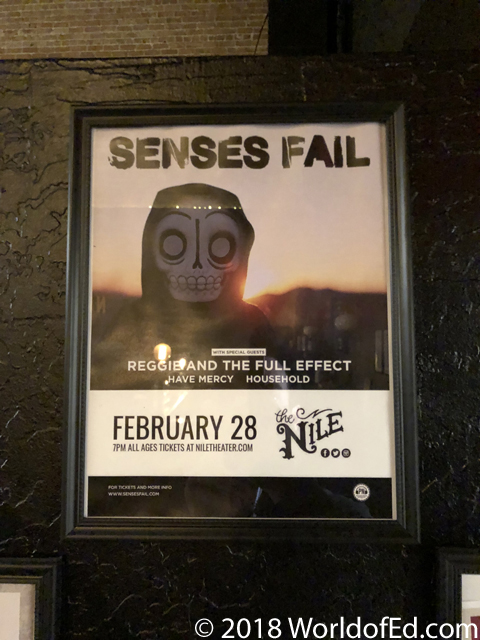 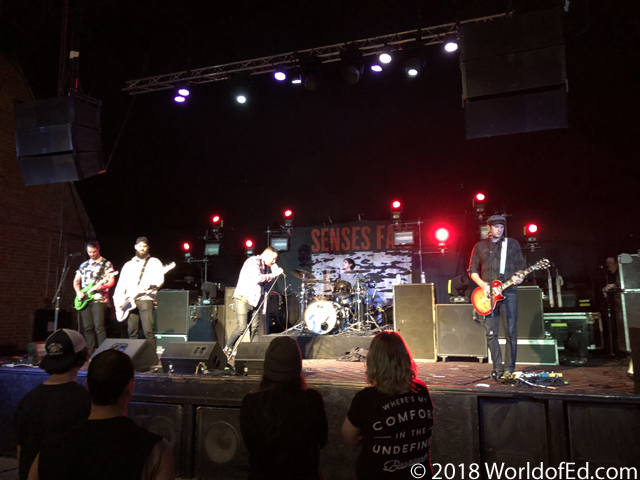 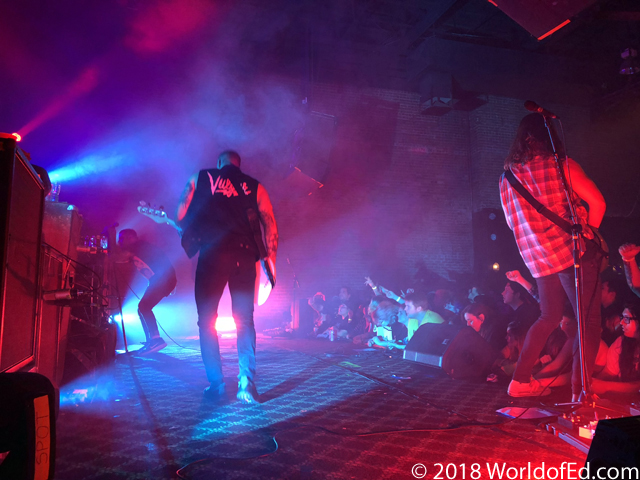 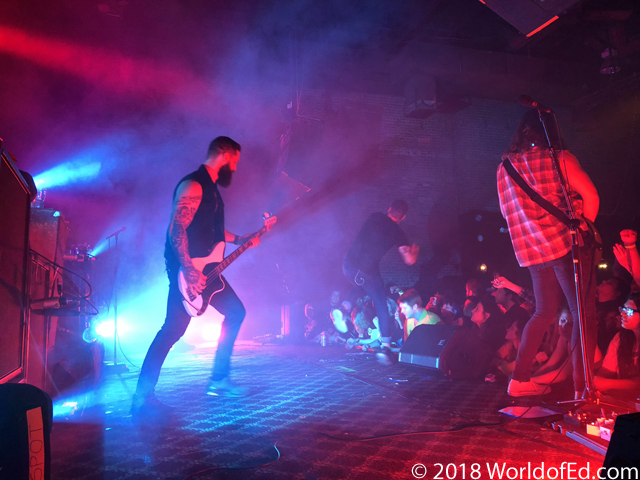 Buddy all geared up. 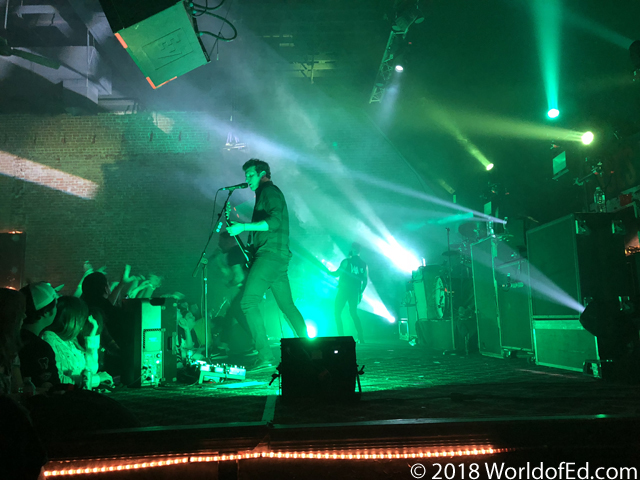 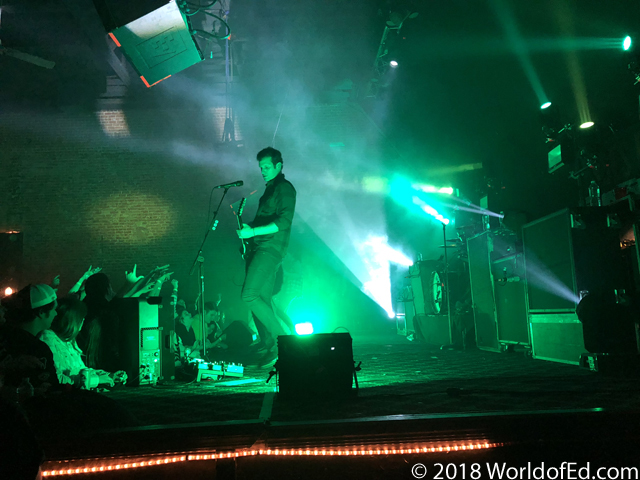 Gavin during a solo. 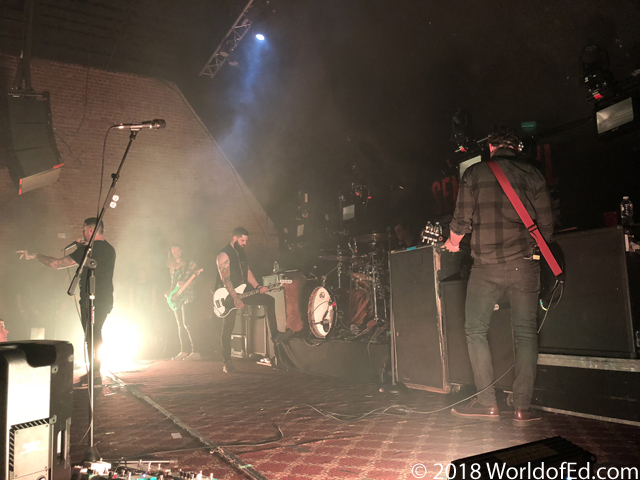 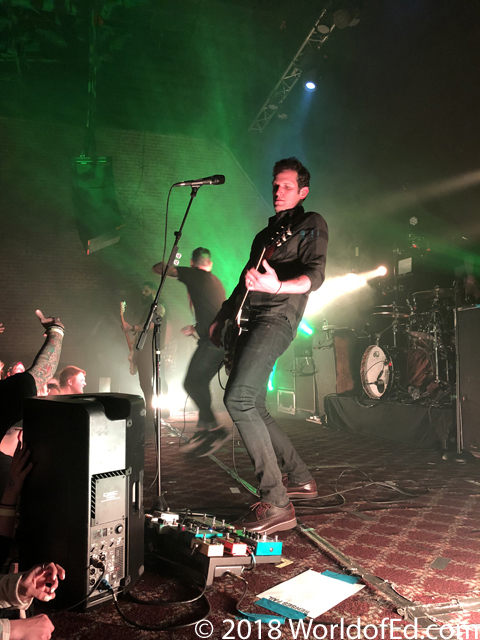 Everyone feeding off of the crowd's energy. 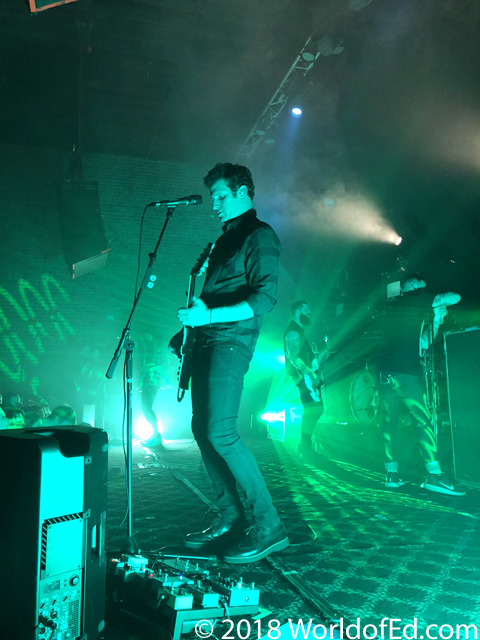 One final solo to close the night out.