Senses Fail, still supporting If There Is Light, It Will Find You, joined the Warped Tour for its last run. They were in Phoenix for a few days and it was a blast.

I was coming straight from the east coast vacation and still trying to get things caught up. Gavin and I had been in touch and he let me know that they'd be out on Tuesday for the bowling tournament, Wednesday was a day off, and Thursday was the show. Unfortunately, I was too far behind on life and feeling a little run down, so Tuesday was off the table for me.

Wednesday saw me working all day. I got in a little early and headed out a little early to beat the traffic. I headed over to Scottsdale and met up with the gang at Top Golf. The weather was pretty nice and everyone was in good spirits. They were wrapping up, so I hung out for a bit there before heading to the local casino with them. I got some dinner, Gavin and I had a few drinks, and he mentioned that a few of the guys were going to a concert and that I should go. I was in.

We headed off to the Rebel Lounge to see Street Dogs. I had never heard of them but was impressed by their later performance. We cruised over in my car and I got introduced around. From there, Gavin, Neal and I went inside and had a few beers while watching the opening bands. I ran into a few friends that were at the show as well. Street Dogs took the stage and put on a hell of a show. They're a great band and have great stage presence. They pulled Gavin up to play a song with them as part of their hour long set. They closed out the night and we hung out for a little while longer. Around midnight, we headed back out with me dropping the guys at the hotel and then heading to my house.

I woke up surprisingly refreshed on Thursday. I got ready and headed out the door. I made a quick pitstop to get the car washed and then got down to the venue. I got in, got parked and headed in to say hello to everyone. It was great to see everyone again and catch up for a bit. A few of us were hungry, so Neal, Gavin and I headed out to Macayo's to get lunch. The juxtaposition of the quiet of the restaurant to the noise of the tour was noticeable. We grubbed, hit Target, and headed back to the show.

The day was mostly spent on the rig, staying out of the heat. The band had a mid-afternoon signing that they took care of. I ran into Nikki while they were doing that, having not seen her in many years. I also got to check out Twiztid! The band relaxed for a bit and then took the stage. The show was fucking amazing. They killed it and the audience loved it. They played a nice Nu Metal medley which everyone loved. They played for the allotted time and then headed off to get some food and clean up a little.

The remainder of the night involved Magic. I played this game a lot when I was younger and got out of it a long ass time ago. The Senses guys are into it and got me suckered back in. I borrowed a deck from Gavin and got to duel him and Buddy for a while. A second run was made to Target where I bought my first boosters in decades. I got hooked again quickly. We finished up pur mini tournament and called it a night. I had work in the morning and the gang was tired from the time out in the sun. I said my good byes and got headed out to the 101.

Many thanks to the whole Senses Fail family for their hospitality and letting me crash their lives for a few days. 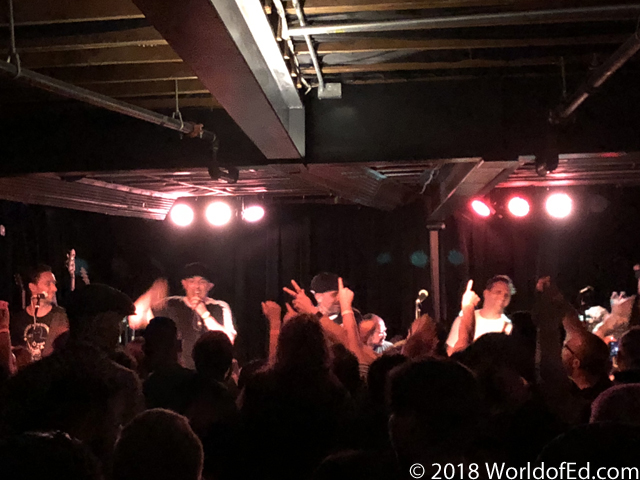 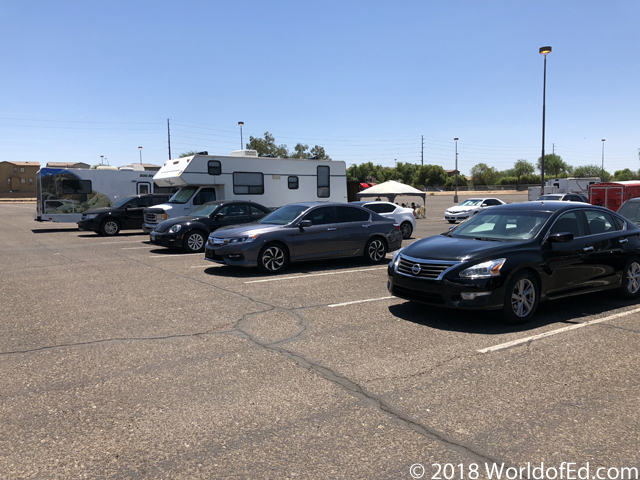 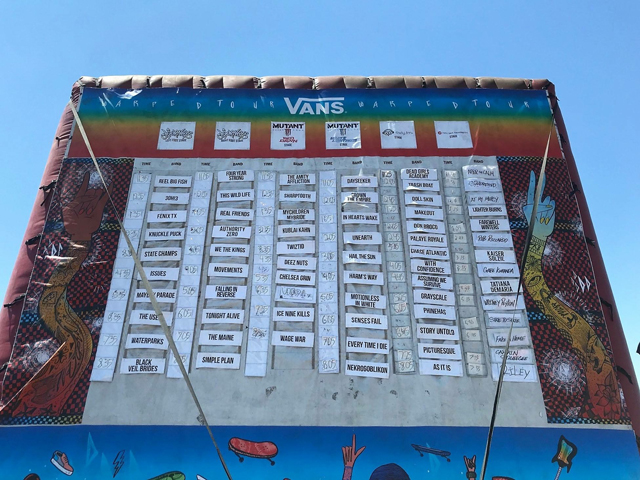 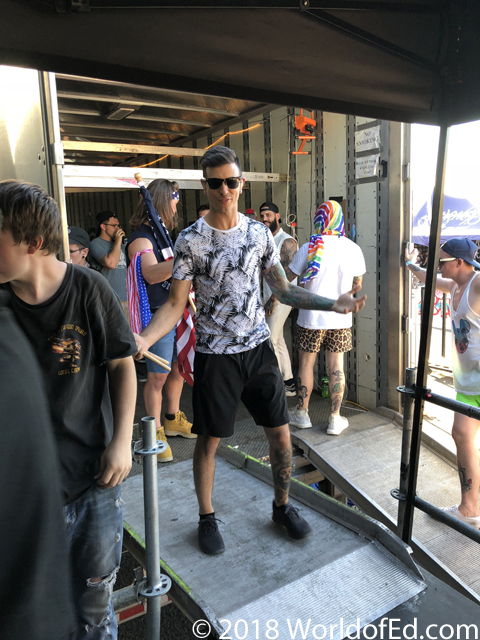 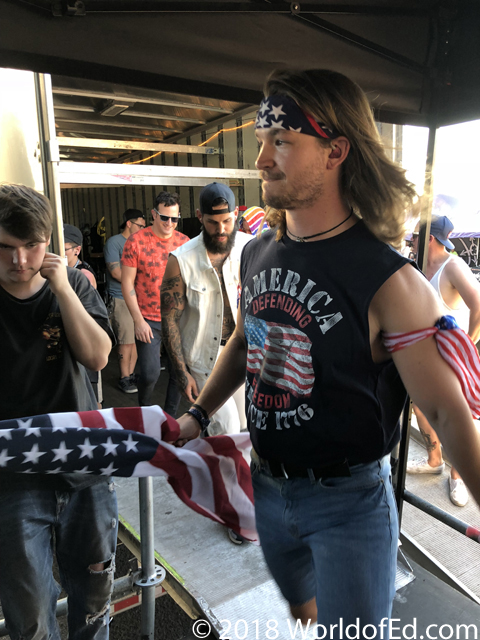 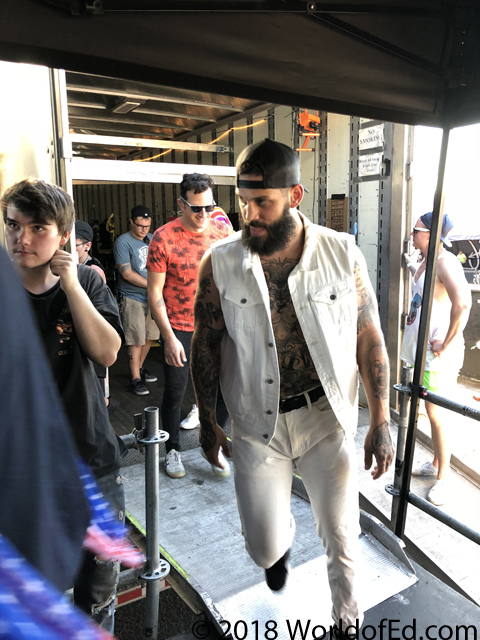 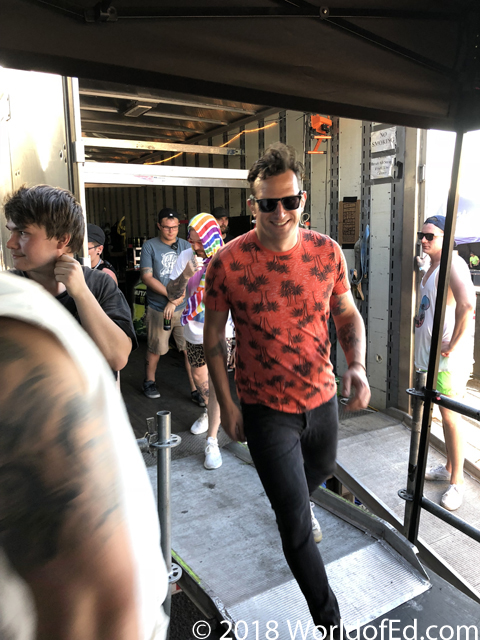 Gavin headed out to play. 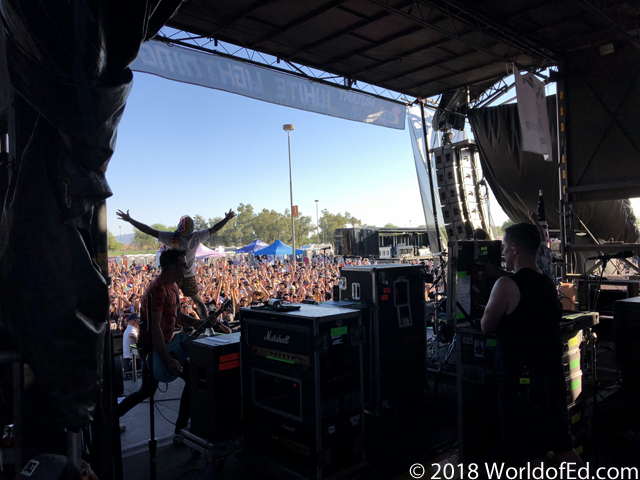 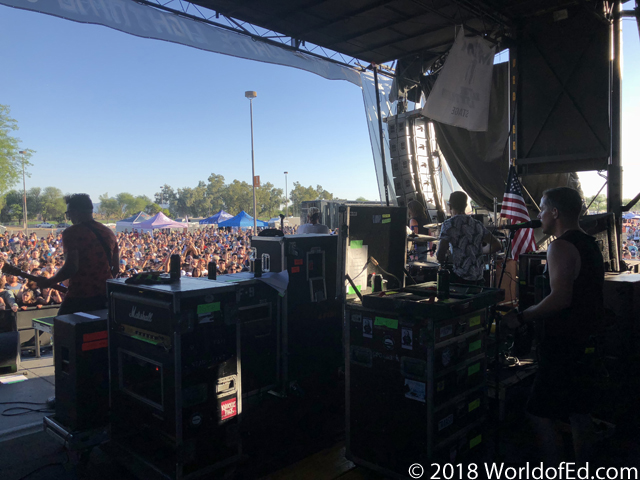 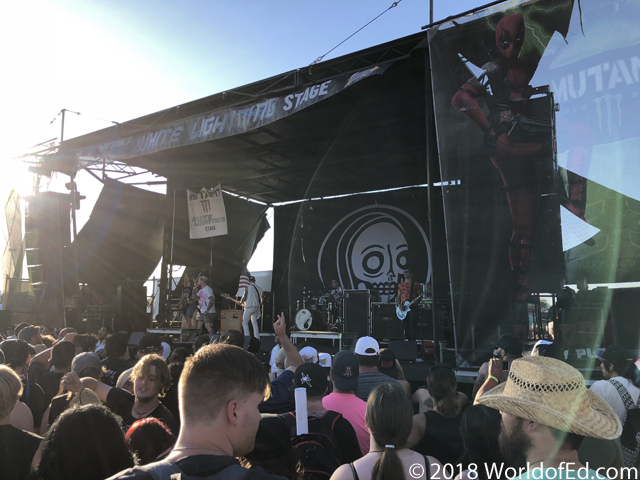 A view from the front. 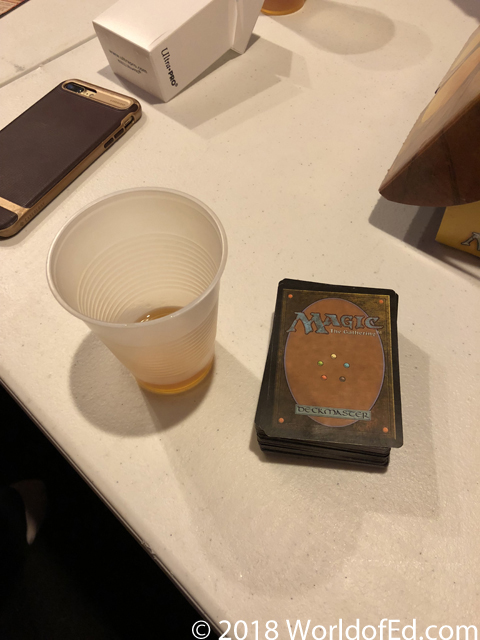 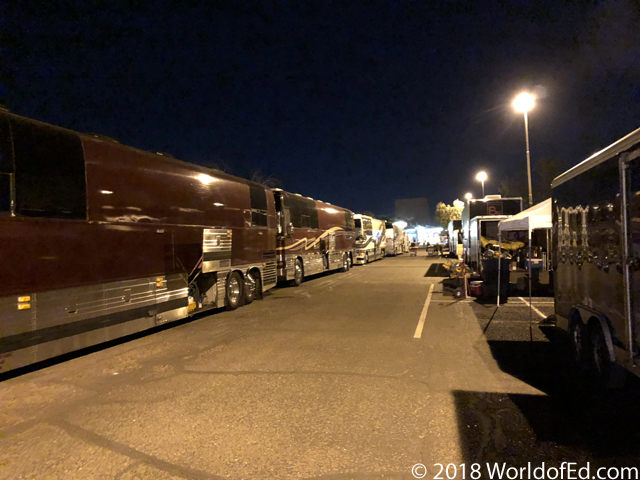