Having returned from the Bad Religion jaunt, I was heads down back into work. It has been exhausting and trying, but I had a little light at the end of the tunnel. Senses Fail was coming back again a week and a half later and the time with them was much needed.

I had to work the first half of the day, so I didn't get to Club Red until half past 12. It was later than I had wished, but had to happen. I was already mentally shifting gears to fun and got in to say hello to everyone. I hit up the bus, greeting the gang as they all came out to the front lounge and setting up a plan for the day. Most immediately, we were all hungry, so Buddy, Steve, Gavin and I set off for food.

We wound up at a diner a few miles away. The atmosphere was good but didn't quite have the Jersey diner feel that I miss so much. Regardless, the chocolate milk was on point and the food was tasty. We spent the whole time bullshitting about all kinds of random stuff ranging from how difficult it is to fire someone, to the need for health insurance. Buddy doesn't normally join us for lunch, so it was really cool to see him out and hang with him. With us all properly fueled, we headed back to the venue.

The day was fairly mellow. It had already started late and there was still soundcheck and a meet and greet before things really got moving. I caught up with Greg and Jason for a bit and got to revel in their stories of everything that they did in the Pacific northwest. They headed in and everyone knocked out the soundcheck. There was still a little while before the meet and greet, so Jason and I snuck off to a Magic store and picked up a few needs. We made it back just in time for the meet and greet.

I watched it for a bit, but my mind was on dinner. I had hyped Spinato's and placed an order of it. I ran out and brought it back. Thankfully, everyone seemed to enjoy it and it went pretty quickly. There were still hours to go before the show, so Gavin and I got to throw down on a few pack matches of Throne of Eldraine. Jason hooked me up with a sweet playmat from Riot Fest to boot. From there, everything morphed to a conversation on politics and society. at quarter of 10, the time arrived for Senses Fail to take the stage.

I've said it before. If you have not seen Senses Fail live, you are missing something amazing. They are easily one of the top 3 most energetic and fun bands that I have ever seen in my life. Find out where they are playing near you next and then go see them. This show was exactly what they always deliver. The band ripped through 75 minutes of an amazing set, finally sending the crowd home around 11. Trust me, you need to see them.

I hung around for a bit longer and headed out just past midnight. The band had an early bus call and I was pretty wiped from 2 weeks of craziness. I parted ways with some great friends again and headed back to Glendale, already smiling from the memories. 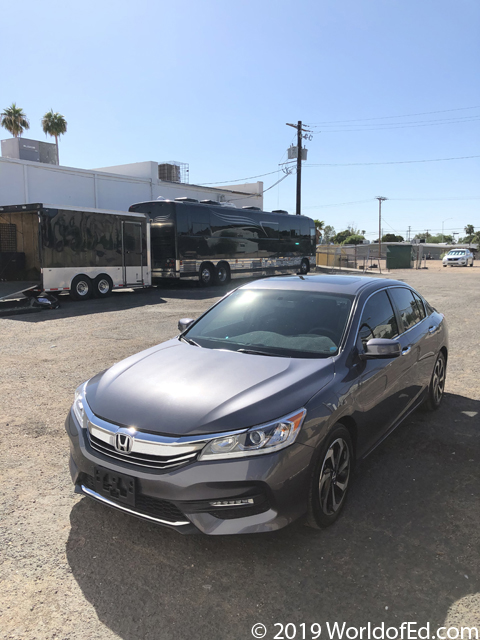 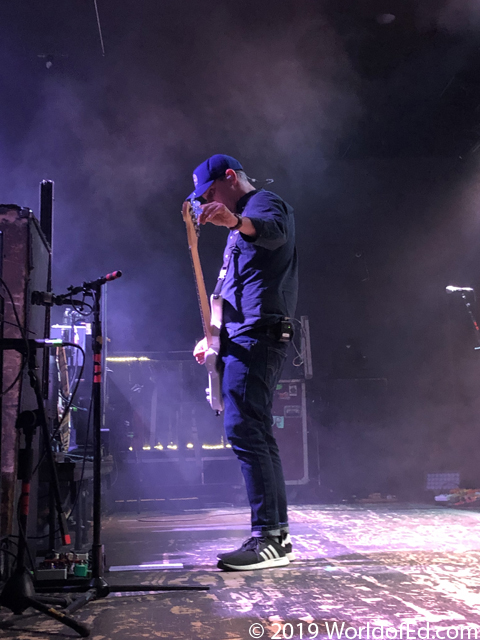 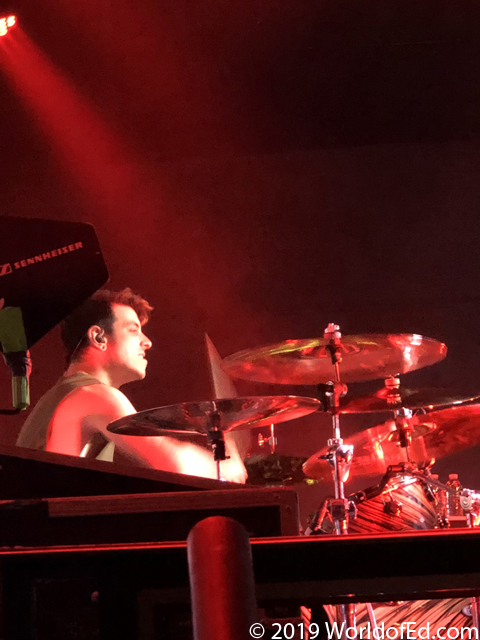 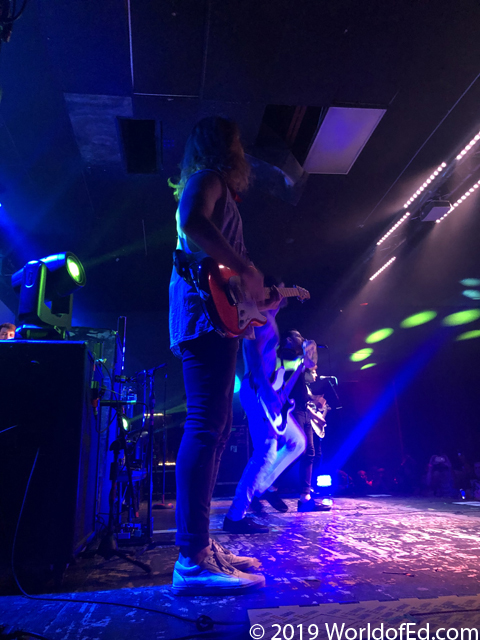 Jason and the gang. 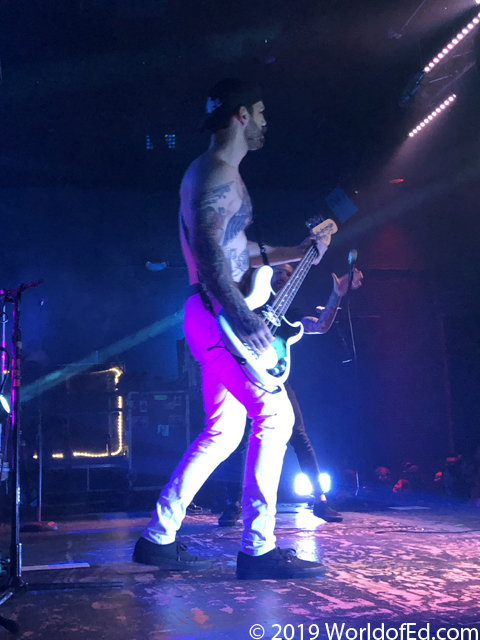 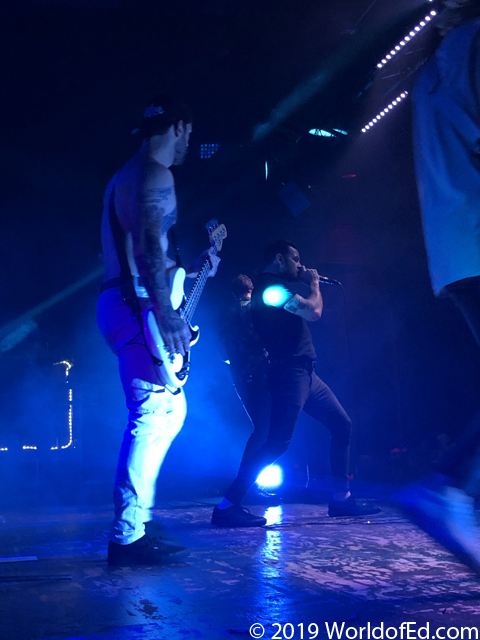 Buddy giving it to the crowd. 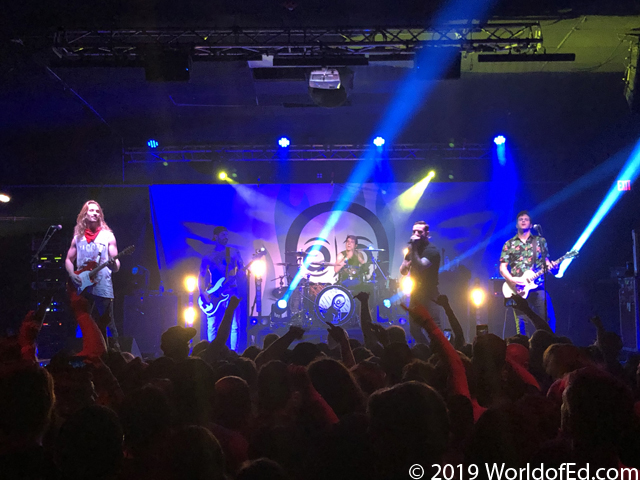 The guys from the front. 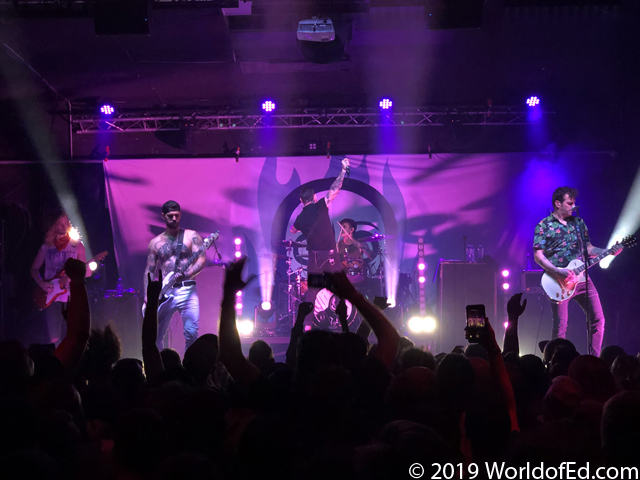 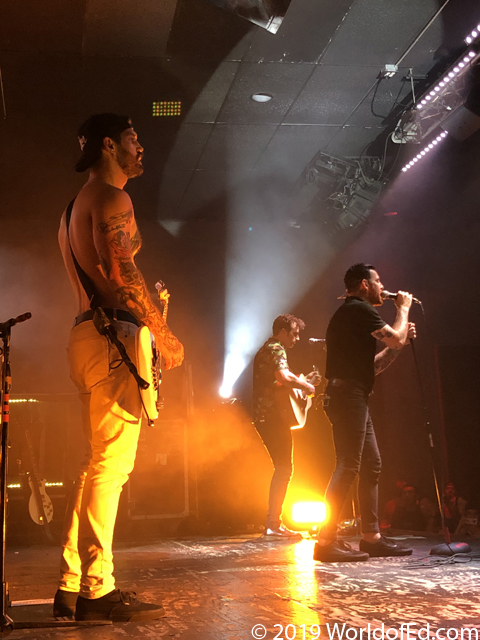 Gavin during the encore on the acoustic.