The Tempe Beach Park music festival was held last month in Phoenix. The lineup was great and my good friend D-Tour Dan was in town for the weekend. It was a pretty amazing couple of days.

Dan and I got to meet up for a while Friday night. I haven't seen him or his wife for a few years. They've traveled back to Phoenix a few times, but things have always conspired against us being able to hang out. I was very determined not to let that happen again. He was in town for the show and also to bring his mobile record store through Phoenix. I met him up in Tempe at the Tempe Tavern. I was pretty impressed with the place. It is a small bar, but the bands that were playing were good and the PA was as good as it could be for such a small space. We got to catch up for a little while, fading whiskey, telling stories, and reminiscing of shows that we've been at in the past. I had a really great time seeing him and am thankful that I didn't miss him again. Around midnight, I headed home, knowing that I had a big day ahead of me.

I got up relatively early on Saturday. I checked the set times and everything was running pretty early. I hit up Dan, who was stuck temporarily at his house. I drove out, picked him up, and we made our way to the venue. We hit will call, got our stuff, and decided to hit Tempe first for a bit. We knew it was going to be hectic inside, so we stopped on Mill Ave, got some lunch and a couple of drinks, and then made our way inside.

By now, The Vandals were getting ready to hit the stage. It was my first time seeing them without Brooks behind the drums, so it was a little weird for me Josh Freese is obviously an amazing drummer and did a fantastic job. The Vandals put on an awesome set, full of their usual humor and stage antics. I love seeing them out there having fun with themselves and the crowd. Its not too often that a band can do that while still keeping the audience captivated. Due to the 2 stage setup, they played for an hour and headed off so that NOFX could load the stage.

I'd not seen NOFX in 3 years due to their touring schedule, so I was really looking forward to it. Earlier in the day I got to say hi to Brian and Limo. Limo is a guy that I really respect and like, so getting to hang with him, even for just a little while, means a lot. NOFX got everything loaded up and then took the stage.

The set was everything that you would expect from NOFX. They had a great time with the crowd, played a ton of great songs, sounded fucking great, and made the show a whole hell of a lot of fun. They really are a band that goes out there and just has a lot of fun. Although 3 years had passed, they still sounded and played amazing.

After 60 minutes of NOFX fun, they left the stage. I ran briefly over to the Falling In Reverse stage and checked out how they were doing without Ron. I ran back over to the NOFX side as they were finishing breaking everything down. I said my good byes to everyone, hoping that I see them a lot sooner than 3 years from now. I said goodbye to Dan as well as he was headed east and I was headed west. Although I left the show early, it was totally worth it. I saw a number of great bands and was looking forward to seeing my family for Easter the next day.

Overall, the weekend was fantastic. If you need rare records, check D-Tour Dan out. He either already has them or will find them for you. I was stoked to see a number of old friends healthy and happy and am looking forward to the next time that our paths cross. 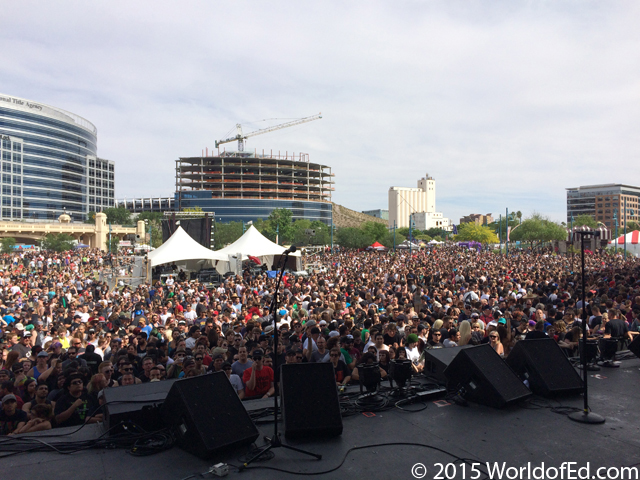 Looking out on the crowd. 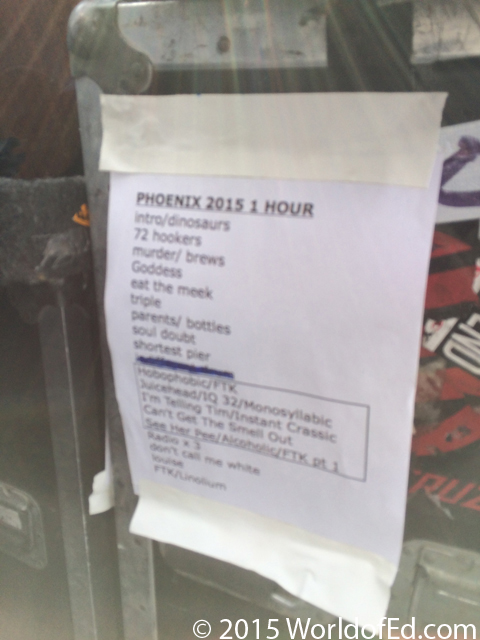 The NOFX setlist for the show. 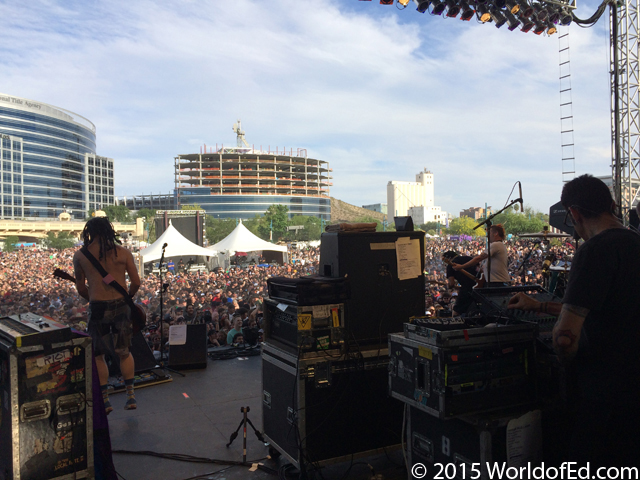 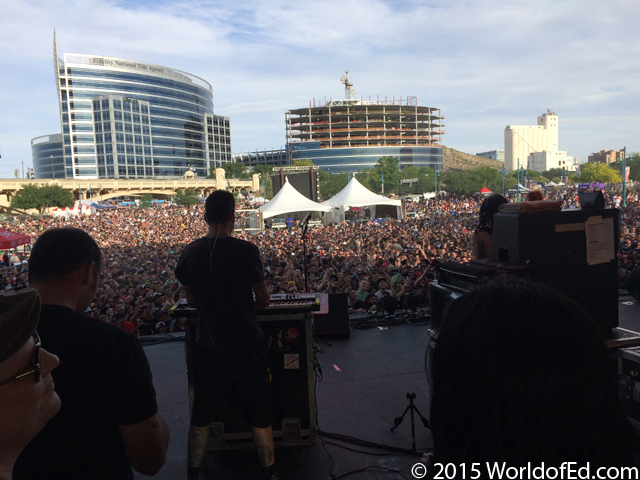 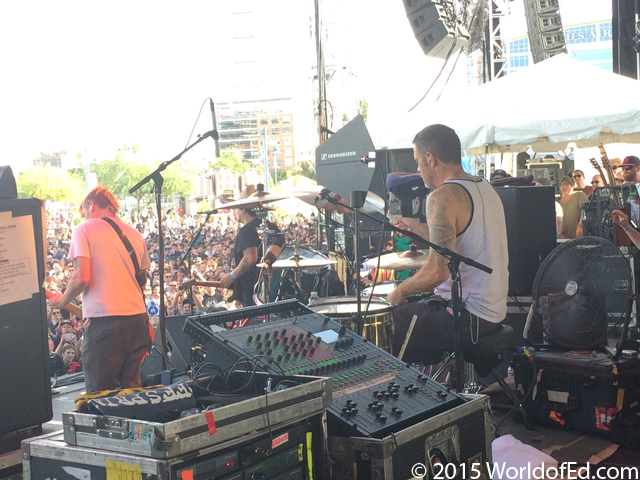 Limo on the keys. 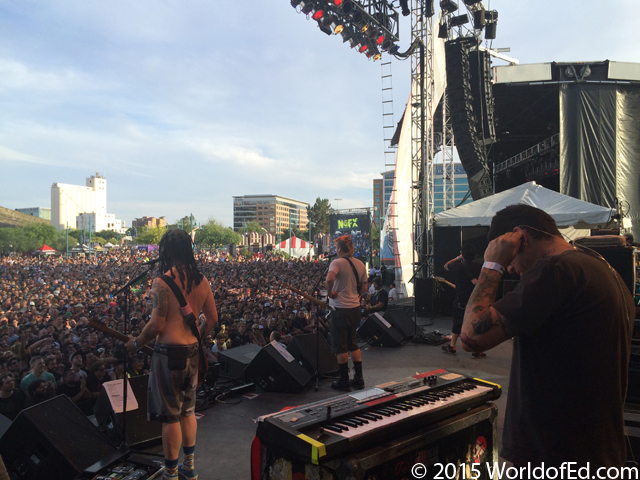 NOFX just about ready to close out the show.
Linoleum.