I woke up fairly early on the 17th. I was pretty beat from the long day the day before. By the time that my head hit the pillow, I was out. I woke up fresh and relaxed and ready for the day. I took a quick shower and packed my things for the day. It was going to be quite a bit warmer than the day before, so I wanted to have a change of clothes in case I went out later than night. I grabbed a quick breakfast at the house, threw my things in the car, and headed out to Tempe. There was no traffic and I made great time getting in.

I started calling around to see what everyone was up to. Jay and Natalia were out and about. Hetson was getting food up the road from the hotel. I parked at the hotel and met him up. We ran a few quick errands and made our way back to the hotel for a bit. It was getting close to time for load in. I texted their tour manager and gave her and Ron a ride over to the venue. I parked behind the stage and dropped my stuff off in the green room. The gear showed up shortly behind us, so I gave a hand unloading it all and getting it set for the stage.

There really wasn't a whole lot to do from here on in until they took the stage. I had some friends coming down, so I made sure that they were on the list. I grabbed something to eat and sat around talking with everyone. My car was at the venue but could not hold everyone in it. Around 5, I went over to the hotel and swapped it out for the van. I was there a bit early and sat at the pool talking to Brian and Brooks for a while. Brian, Brooks, Jay, Natalia, and Hetson piled in and we were back off to the venue.

Right about this time, Rob showed up. I met him out at the front gate and picked up some supplies that he brought. He found a parking spot and made his way backstage. Art and Louisa were just now showing up. I gave them directions to our area and met them up just as Bad Religion was taking the stage. The show was great and full of energy. They played for almost an hour to the Tempe crowd. I did vocals on Let Them Eat War, doing a very much better job this time. The band closed with Sorrow and headed off the stage.

The remainder of the night was a blast. Art, Louisa, and Rob got to hang with everyone. I made a quick run back to the hotel to drop off Jay and Natalia and returned with more beer. We stayed there until almost 11, swapping stories, enjoying the festivities, and having a great time. Around 11 the power was cut, so we decided to get out of there.

I said my good byes to Art, Louisa, and Rob. Brian, Brooks, and the crew piled into the van. We made a quick stop off for some Del Taco and then were off to the hotel. I had to work the next morning, so I said goodbye to everyone and started the trek back to Glendale.

Lately, I had needed a break from real life and to just strike out and have a good time. The last two days left me feeling very much better. 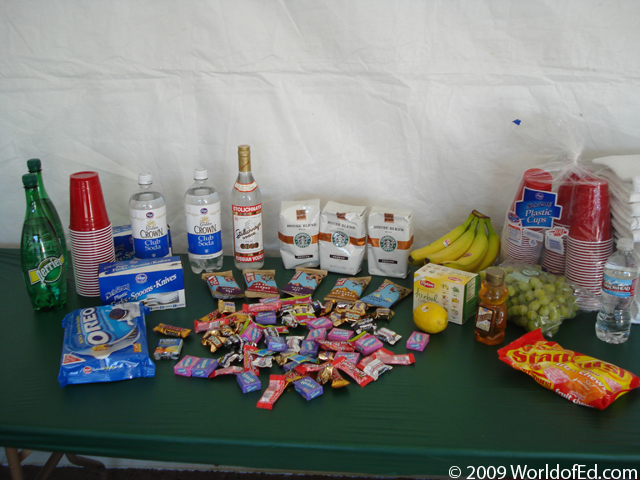 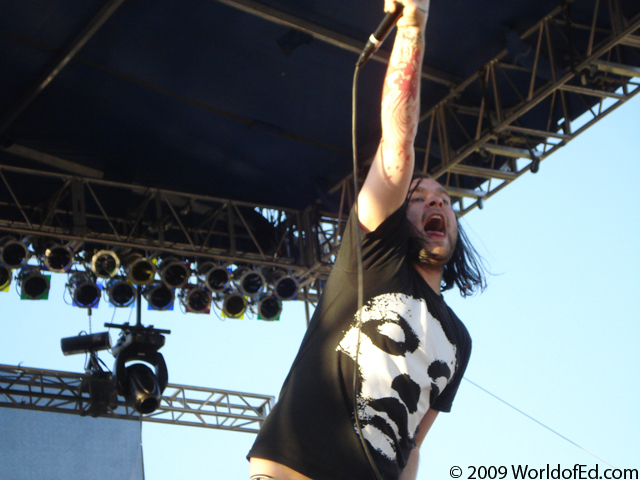 Bert from The Used. 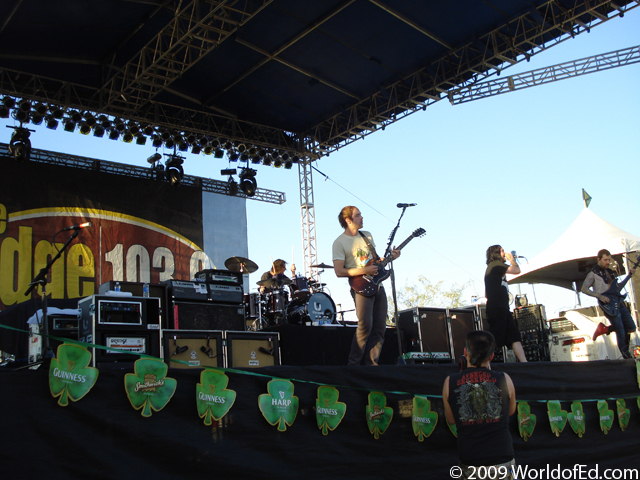 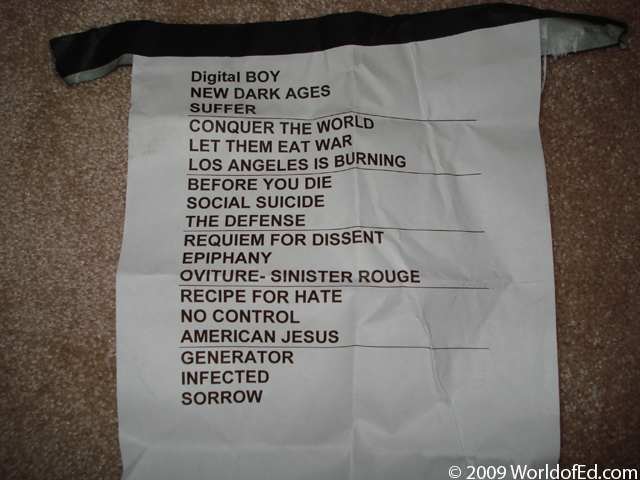 The setlist.
Let Them Eat War - Special Ed on vocals.
Sinister Rouge
Think Before You Die