June 29th, 2009- I woke up fairly early in the day. I had some friends that were coming to town and I didn't want to oversleep. I got up around 10 and hopped on the computer for a bit. Shortly thereafter, I got a text letting me know that the gang was in town and where to go. I looked up the address, saw how far away it was, and packed some clothes so that I didn't have to head home that night. I grabbed everything else that I would need for the next few days and hopped in the car.

40 minutes later, I arrived at the hotel. I got into the lobby and saw a big portion of the tour checking in. Ronnie came in and I talked with him for a while, catching up on his adventures over the last month. Rhino came in and said hello before getting some food. Ronnie checked in and headed to the pool. I waited in the lobby for Brian and Jay. They had some errands that needed to be run and I signed on for being the guide and navigator. We hopped in the car and were off.

We got back a while later after some shopping and P.F. Chang's. I headed to the pool and got some dinner from the BBQ that was being held there. I hung out with Greg, Ronnie, Andy, and made some new friends as well. By now, it was right around 6 and we had to be at the hotel lobby at 8 for the bowling event. I dropped my stuff in the room, took some pictures of the sunset and grounds, and generally milled around. At 8, I made my way to the lobby. I hopped in the car with Greg, Kevin Lyman, and a few others and we made our way to the bowling alley.

The Warped Tour was sponsoring a charity bowling event for the TJ Martell Foundation. It is a foundation that supports research for leukemia, cancer, and AIDS. People were able to bid on Ebay for a chance to bowl with their favorite band. The winner would then come to Phoenix and bowl in the bowling tournament with their band. There was a large number of bands that participated and it was a bracket style elimination. We got in, got the related gear, and met the winner, Tatianna. The winner for Senses Fail, Stacey, joined the team as well as their bus had broken down and they were unable to attend.

While the band set up for the first bracket, the rest of us sat back and enjoyed the night, we cheered them on, drank beer, ate pizza, and hung out. At the end of the first bracket, it was announced that we made it to the second bracket. We moved down a few lanes and watched as BR dominated in the second round as well. Jay had brought all of his bowling gear and was on fire that night. At the end of the second round, BR was announced as moving on to the third round We changed lanes again and started. A few frames into the third round, I jumped in for Brooks so that he wouldn't have any issues with his arm the next day. We continued to dominate when the lights were tossed on halfway through the ninth frame. Apparently we were bowling too slowly so we never got to finish. The winners were announced and we made a few honest good byes.

By now, it was 2am. Everyone was hungry and pretty tired. We piled into Greg's car, hit some Del Taco, and then made our way back to the hotel. We divvied up the food and headed over to the bus. After a few minutes, I headed back to my room, full of chicken soft tacos and ready for bed. 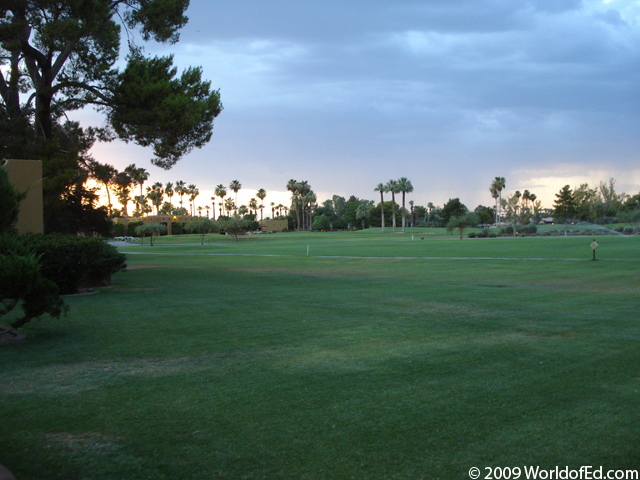 A view from the room. 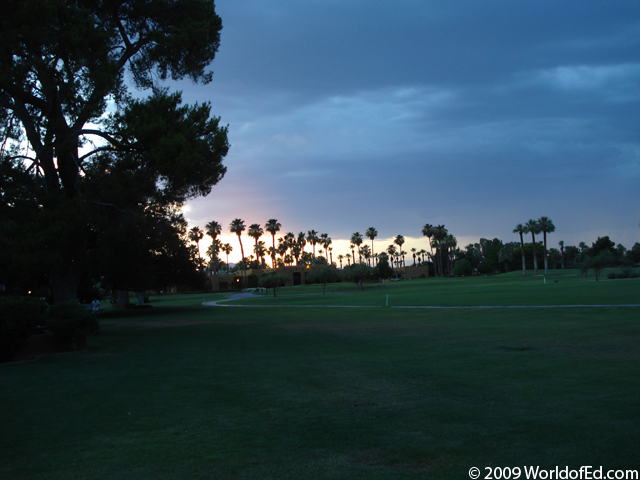 A view of the sunset from the room. 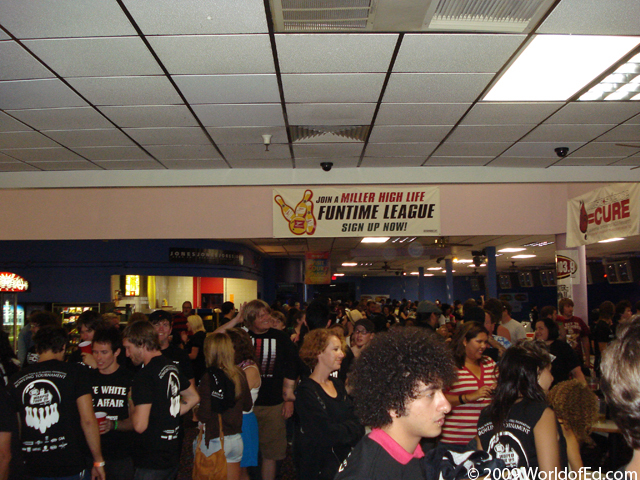 The bands checking in. 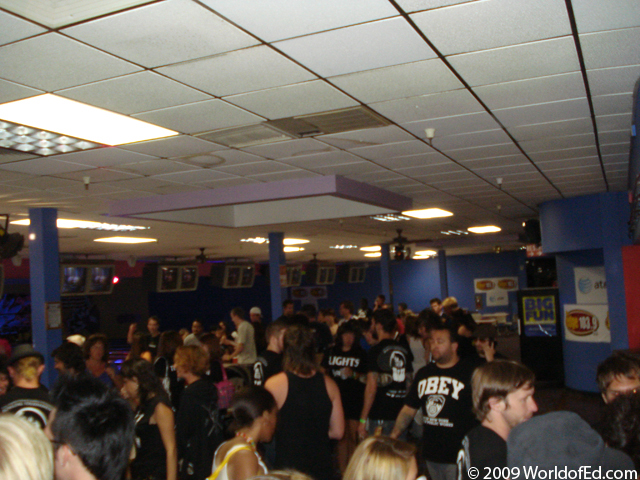 Everyone taking their lanes. 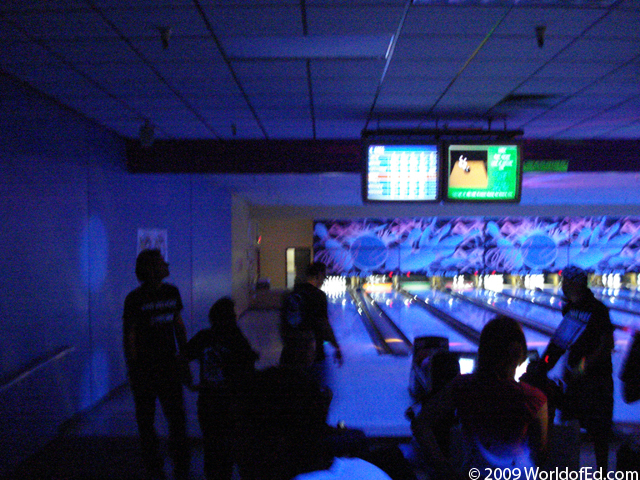 Greg gets ready to bowl while Jay and Tatianna check the score. 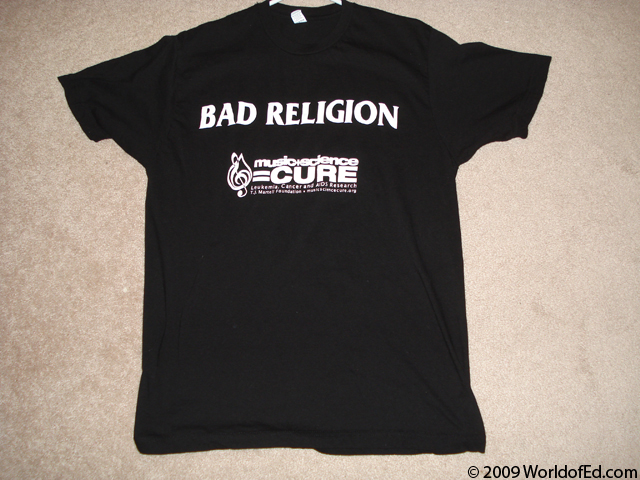 The front of the shirt. 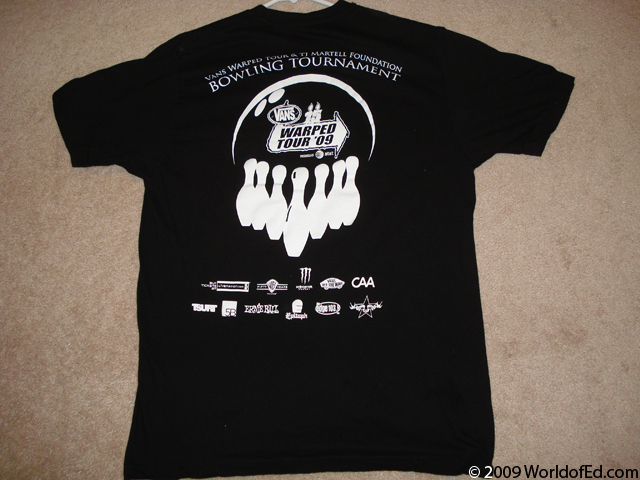 The back of the shirt.