My good friend Mike Yannich is in a million bands. Because of this, I wasn't able to hang with him when I was back in Jersey. He reached out to me to let me know that Worriers were coming through Phoenix and that we should hang. I was perfectly fine with that and made plans to do so.

Worriers were playing at The Rebel Lounge. The building was recently renovated and I was pretty curious to see exactly how it looked. I'd been to a number of shows there in the previous incarnations and always had a good time. I got down there and got connected with Mike. Before I could see the inside, we headed out to grab some Thai food.

Dinner was great. It was cool to catch up with him and hear of all of the cool things that he has going on. He's part of the Chris Gethard Show and gave me the lowdown on the work that they were doing. The food was great and I'm incredibly proud of him no longer just eating french fries and chicken fingers. It was a pretty early show, so we finished up and got back to the venue.

I walked in and checked the place out. I have to admit that I was impressed. It was clean but inviting, appropriately lit, had plenty of tables and still had room to hang in the front. Mike and I had a beer and he then departed to get his drums set. It was time for him to work and I hung out in the back to check it out.

Worriers were fantastic. It was the first time that I'd heard anything by the band and I was pretty stoked on how they sound. They had great stage presence and cranked through a 45 minute set. If you haven't heard of them yet, I strongly recommend that you pick up one of their discs.

After their set, Beach Slang took the stage. That band is fucking terrible. I felt a little bad for them as their guitarist had one of his guitars stolen from behind the club just before they played. Mike and I just hung out in the back, had a couple of beers, and talked through their set.

With it being an early show, things wrapped up just before midnight. I said goodbye to everyone and headed out thankful to have seen Mike one more time before the year closed. 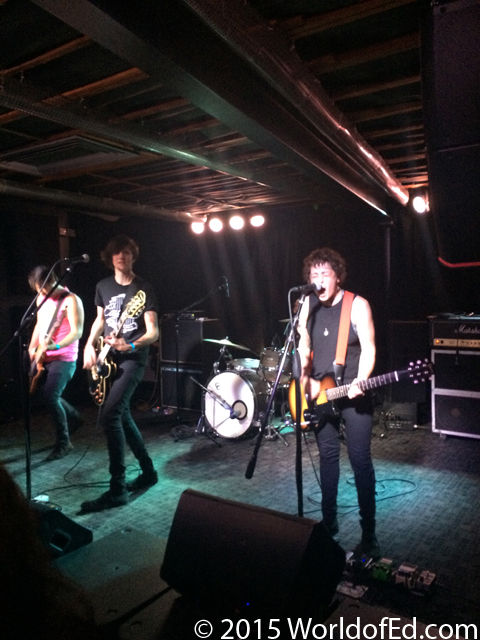 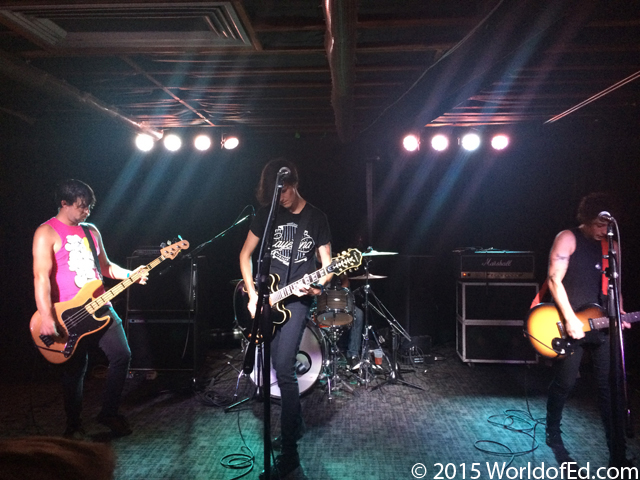 Mike hiding in the back. 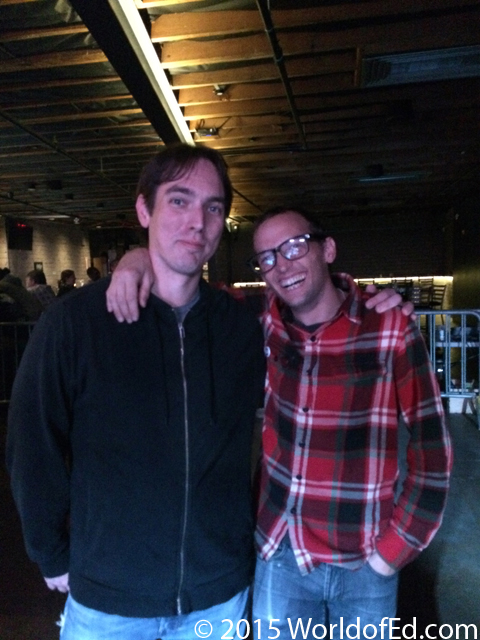